What does Bitcoin Halving Mean for Investors? 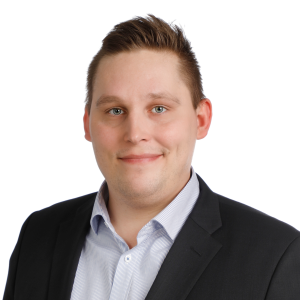 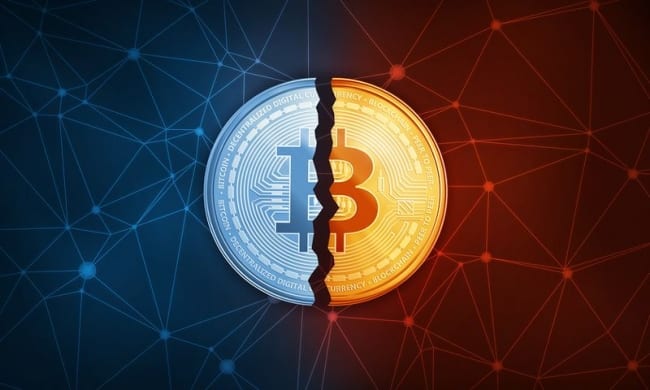 Bitcoin is a deflationary currency. This means that the formation or “mining” of new bitcoins through the Bitcoin protocol by is reasonably small (3.65% / year), and decreases further, which means that the purchasing power of bitcoin should increase. In that case, saving would also be beneficial, and money would not only lose its value in the future, as current inflationary currencies do. So what does bitcoin halving mean for investors?

Finns are very eager to save, but not everyone cares about investing. The problem with saving is that if you just kept your euros on your bank account since 2003, you would have lost 31.64% of the purchasing power of your money in the meantime. Source: Inflation Tool.

What does Bitcoin halving mean for crypto investors?

Bitcoin halving or “halvening” refers to the activity programmed in the protocol of decreasing future supply of new bitcoins every four years. Currently, an additional 3.65% to the current supply of new bitcoins are mined annually. We can call this phenomenon, which also occurs in all national currencies, monetary inflation, which is based purely on the amount of money supply. In the halving after about two weeks, the formation of new bitcoins is halved, after which new bitcoins added to the supply will be only 1.8%. Until again, after 4 years, the flow is halved again. Learn more about halving from our previous bitcoin halving introduction.

Finally, the total supply of bitcoins has been limited to 21 million, after which no new ones will be released on the market. This new concept of “digital scarcity” will make bitcoin a rarer commodity than gold in the future. Gold has a long history as a store of value precisely because of its low stock to flow ratio. The average annual amount of new gold produced on the market has historically remained below 2%.

Bitcoin is a hedge against inflation

Inflation simply means the loss of value of money. So why do people speak of bitcoin as a hedge against inflation? Let’s look into this here.

If bitcoin inflation is going to be 1.8%, one might ask, what is the difference between this and current inflation of the euro, which is lower? In Finland, for example, in 2020, the average inflation rate was 0.3 per cent

In fact, this information is price inflation, which, in addition to the development of the value of a currency, takes into account a number of different factors, such as the development of prices of commodities, goods and services, and thus creates a meter for measuring the purchasing power of money as a whole. The different types of inflation are interpreted as follows:

If we compare which is “hard money”, that is, which money supply is more limited, then the table looks like this:

Above: Monetary inflation, ie the average annual growth of the total amount of the currency (for national currencies, the statistics are from 1990 to 2015) Source: Bitcoin standard book, OECD statistics

An interesting graph compares the values ​​of different asset classes, and according to statistical estimates, the estimated value of physical banknotes and coins in all currencies around the world would be 7.6 trillion. While the whole number is difficult to estimate, it does provide some kind of raw estimate of what the value of physical money in the world is.

Is Bitcoin for an investor who glorifies maximum risk – or something else?

The deflatory nature of Bitcoin and its structure are designed to be strongly financially stimulating. This is purely because, in order to get people and businesses aboard to adopt a new kind of unregulated national currency, the creator of bitcoin has designed a financial incentive for different stakeholders to use the currency. At the moment, bitcoin would certainly already find suitable use cases, even without the expected rapid growth in value. In countries where national currencies are weak and which are increasingly devalued, such as Argentina (pictured below) or even Venezuela. In these countries, bitcoin usage relies on the confidence of pre-defined, unchangeable monetary policy known in advance than on the nations governance that regulates monetary policy at will. However, in the early stages of bitcoins from 2009, without the financial incentive to introduced to the growth in value of bitcoins, we would hardly be at this point.

From an investor’s perspective, Bitcoin and cryptocurrencies are an objection to the artificial depreciation of money, and to the financing of governments by printing new banknotes. Volatility, which measures the variation in the value of a commodity or share, is high. Despite this large fluctuation in value, which I think is normal for a completely new type of commodity, bitcoin has certain advantages over a well-built portfolio. Basically, it correlates very little with any other asset class. In this case, practically according to financial theory, by holding it in an investment portfolio, the overall risk of your portfolio should decrease, and the return expectation should increase. For example, already 5% of the portfolio in bitcoin would have increased the return of the average hybrid fund (60% equities, 40% interest rates) during 2019 from 20% to around 25% (picture below).

Also, if we look at how the stock markets in Finland and the US have performed in contrast to bitcoin, we can say that Bitcoin has been faster to correct the bottom of the 2020 market crash so far, and has provided a positive return for 2020 (below). In addition, the halving of the bitcoin flow in about a couple of weeks will cause a demand / supply shock. Bitcoin operates in fully within the financial rules of supply and demand. The good question is, what happens to the price if demand remains the same – but supply is cut in half?

So there are basics behind Bitcoin, doctrines according to economic theory. These doctrines the the basis of which one can still call themselves a fundamental investor even if one owns bitcoins, or other cryptocurrencies.

Raoul Pal, a former Treasurer of Goldman Sachs and owner of RealVision’s macroeconomic research firm, has warned that the corona crisis to be the biggest insolvency crisis in history, while announcing that he  has personally shifted 25% of his portfolio to bitcoin. Pal thinks the current monetary policy, combined with a massive amount of debt and a stock market pricing bubble, is very dangerous – and has himself bought a significant amount of bitcoin from its portfolio.

“Pal, a long-time Bitcoin Advocate, fears the economic and market Turmoil has only just begun and is in the process of repositioning his portfolio to 25% Bitcoin, 25% gold, 25% cash, and 25% trading opportunities to try to weather on the Deeper equity Rout. ” – Forbes Media LLC, Billy Bambrough, 5.4.2020

Robert Kiyosaki, author of “Rich dad, Poor dad,” has also tweeted strongly for Bitcoin and precious metals, and against current currencies. More than 30 million copies of the Kiyosaki book have been sold and translated into more than 51 different languages.

DEATH OF DOLLAR. People desperate for money. Very sad. If government gives you free money take it yet spend it wisely. DO NOT SAVE. Buy gold, silver, Bitcoin. Dollar is dying. Silver $20. Best Buy for future security. Everyone can afford $20, especially with free fake money.

Final thoughts: What does Bitcoin halving mean for investors?

Overall, the economic situation is quite complicated. However, the current macroeconomic situation, huge stimulus packages, rising monetary inflation, massive increases in unemployment, uncertainty caused by the covid-19 virus, and the likely increasing corporate bankruptcies are a very interesting and difficult combination for governments to control.

In the current economic climate, there has been a very strong “cash-is king” thinking, meaning that investors have wanted to realize everything so that they have cash on hand for unexpected market reactions. The issue is twofold state if we compare, for example, sitting on company stocks or cash: Do you accept large stock market fluctuations and a possible future correction in your assets, or do you accept a decline in the value of cash as central banks printing machines devalue your euros or dollars?

I firmly believe that without some significant change, we can continue to rely on one thing. Namely, the fact that the ruling elite will still continue to make easy short-term decisions in order to maximize their own and their inner circles interests. In their opinion any problem can be dealt with the miraculous quick solution of “free money,”by printing more money from nothing. This expansive monetary policy can be produced in the shortest time possible from the FED/ECB printers to create infinite quantities of currency.

The strength of Bitcoin is its unchangeable monetary policy that makes BTC a hedge against inflation. The same cannot be said by any central banker or government official.