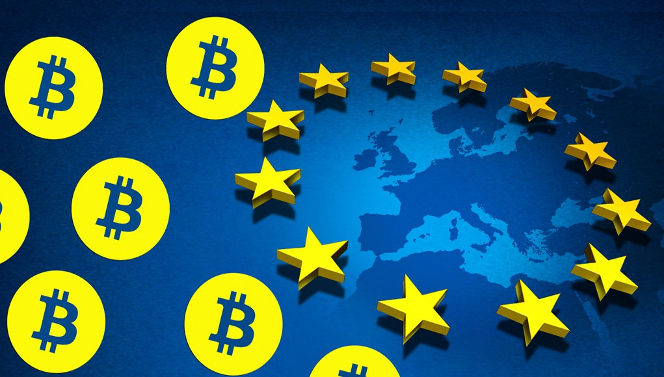 The first month of the second quarter of 2018 has been good for bitcoin and other cryptocurrencies. In the beginning of the year bitcoin’s price stood around 6 450 dollars, but currently it is holding on to ranges of over 9 000 dollars. This is the strongest market situation in over a month.

As always, the increasing price of bitcoin has worked as a locomotive pulling most of the other cryptocurrencies higher as well. Total cryptocurrency markets have broken $400 billion, which is highest in seven weeks.

At the time of writing all the most important and many of the lesser cryptocurrencies are still seeing rapid growth.

“Criminal behaviour hasn’t changed. Criminals use anonymity to launder their illicit proceeds or finance terrorism. This legislation helps address the threats to our citizens and the financial sector by allowing greater access to the information about the people behind firms and by tightening rules regulating virtual currencies and anonymous prepaid cards,” MEP Krisjanis Karins told in a press release.

The Supreme Court’s judgment sets a precedent for all future attempts to ban and block cryptocurrency-related information. If the officials want to block Bitcoin websites in the future, either the laws have to be changed or the new decisions must have far stronger legal grounds for them. For Russian cryptocurrency industry this is indeed good news.

ICOs Have Already Raised More than in Last Year Combined

Different Initial Coin Offerings (ICOs) raised more money in the first quarter of 2018 than in the entire 2018 combined, tells CoinDesk‘s ICO Tracker. In the end of March ICOs had collected more than 6.3 million dollars in funding, which is 18% more than the total of 2017.

This huge growth seems to be unhindered by the attempts of several governments and central banks to either ban or limit ICO trading and funding. Even though countries such as China, Russia and South Korea have warned or banned ICO-related activities, ICO funding seem to be still growing exponentially.

Major slice of Q1’s ICO funding comes from Telegram’s record-breaking ICO sale, which gained $1.7 dollars. But even if Telegram isn’t taken into equation, the first quarter of 2018 is still 85 percent of 2017’s total.

ICO funding has been both praised and criticized. On the other hand it offers a low-barrier entry to investing, but at the same time the growing popularity of ICO’s has made it a favourite way for shady individuals to scam people with unfounded promises.

Telegram CEO is Fighting Against Russian Ban with Bitcoin

The Russian authorities have implemented measures intended to block the popular encrypted messaging app Telegram. Previously Russian court demanded for Telegram to open its encryption for Russian authorities, but Telegram declined. The authorities then blocked several IP addresses belonging to both Amazon and Google, which Telegram used in its messaging.

“For the last 24 hours Telegram has been under a ban by internet providers in Russia. The reason is our refusal to provide encryption keys to Russian security agencies. For us, this was an easy decision. We promised our users 100% privacy and would rather cease to exist than violate this promise,” Telegram CEO Pavel Durov told in a message send to Telegram’s customers.

Essentially the ban makes it impossible for people using Russian internet connections to gain direct access to Telegram. This block is not perfect, however, and it can be bypassed by using VPN services. Durov has offered bitcoins for people and organisations that offer these VPN networks. According to Pavel he is willing to put millions of dollars of his own money to fund these VPNs.

According to Durov the Russian ban wouldn’t hinder Telegram’s business in meaningful way, but the issue is important to him on a deeper level.

“Even if we lose the entire Russian market, Telegram’s organic growth in other regions will compensate for this loss within a couple months. However, it is important for me personally to make sure we do everything we can for our Russian users,” Durov told.

Banks Have Contradictory Opinions on Cryptocurrency

According to a new survey reported by Reuters, one in five financial institutions is considering trading cryptocurrencies within the next 12 months. Of these, 70% further stated that they were planning to start trading within the next 6 months.

The demand and interest on cryptocurrencies has skyrocketed and a growing number of banks are seeing business opportunities in Bitcoin and other forms of blockchain-powered cryptocurrencies.

At the same time banks all around the world are giving hard time on existing cryptocurrency businesses. Most of the major businesses have experienced hinderances, such as banks closing their accounts or laws outright banning their operations.

One reason for this somewhat contradictory relationship between traditional financial institutes and the growing cryptocurrency industry is the legal status of cryptocurrency, blockchain and ICOs. It is possible that the banks will become more open to doing business with cryptocurrencies as these legal situations clear out.

The mainstream media usually treats Bitcoin as an anonymous, shady Internet currency. The truth, is in fact, that Bitcoin was never developed to be anonymous, but to be as fair, open and transparent as possible. This makes Bitcoin ideal in many legal operations, but not so good in transactions that require more anonymity.

To answer this demand for more anonymous cryptocurrency, several alternatives have been developed: among the most important Zcash and Dash. Both of these altcoins have established themselves as major cryptocurrencies and both have seen good gains during this week, about 10 percent per day.

The idea behind both altcoins is relatively similar: transactions are anonymous, so no one knows who sends and how much to anyone else. Zcash achieves this by encrypting the transaction information to the blockchain, while Dash uses a sort of internal mixing service, which mixes the different transactions and thus makes it far harder to analyze the blockchain.