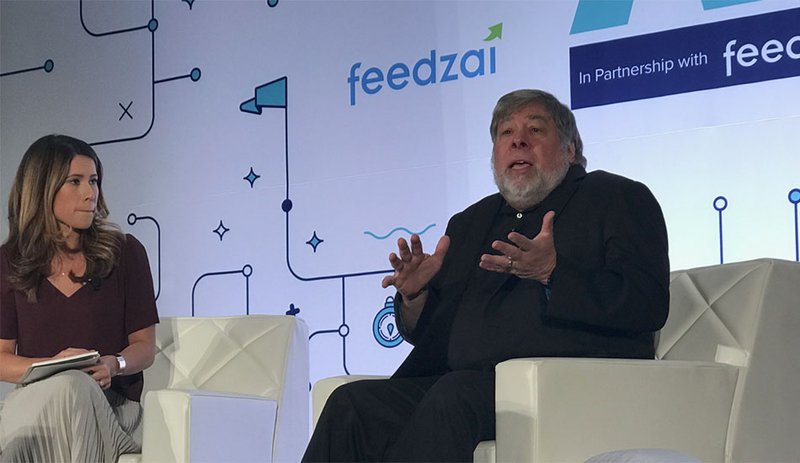 The price of bitcoin has seen some volatility during the week after breaking new record price of over 6 000 dollars in the last week. After the new high, bitcoin prices begun to fall for few consecutive days, reaching prices as low as 5 500 dollars. Since then the price has seen a recovery, rising to ranges of about 5 800 dollars.

This kind of wavy pattern has historically been the way bitcoin price has grown. Fast price rises have been followed by correction movements before the price begins rising again, reaching a range higher than before the correction. This kind of volatility is natural for a nascent technology with such a high potential as Bitcoin. For investors it also offers lucrative opportunities.

The main reason for volatility has been attributed to the Bitcoin Gold hard fork of the Bitcoin blockchain. The hard fork, a creation of a new alternative cryptocurrency based on Bitcoin, occured on Tuesday, which would coincide with the falling price of bitcoin. As turmoils caused by the new coin to the markets cooled down, bitcoin resumed its movement upwards.

As the hard fork of tuesday happened, the cryptocurrency space was greeted with another new altcoin: Bitcoin Gold.

The main difference of Bitcoin Gold to Bitcoin comes from its philosophy on mining. Bitcoin Gold replaces the current Bitcoin mining algorithm with a different one that cannot be mined with specialized ASIC miners. This change is intended to decentralize mining so normal users are still able to mine using their graphic processors.

The support of Bitcoin Gold is very low among Bitcoin users, even lower than that of the previous hard fork BCash or the proposed hard fork of SegWit2X. It is extremely unlikely that the vast majority of Bitcoin users will migrate to the new blockchain at least in the near future.

As October comes closer to an end, Russia, as expected, moves forward with its new rules and regulations for cryptocurrencies and other uses of blockchain technology. The Kremlin published five major orders mandated by president Vladimir Putin. These rules are probably the most direct Russia has yet to come establishing a legal structure for cryptocurrency and blockchain use.

Russia intends to apply new regulation and control mechanics for ICO investing. ICOs will probably not be illegal, but heavily controlled under the new rules. The new rules also contain an order for the government to develop a system for miners to register and pay taxes for their income. Rules yet again affirm the supremacy of Russian Ruble as the only legal tender in the country.

Among the rules detailing how blockchain use cases are handled, Putin’s orders also call for development of a “sandbox environment”. This sandbox would be a virtual global economy where startups and other companies can test their innovations and new technologies. Countries like the Great Britain already have their own virtual economy sandboxes.

The more ambitious project mandated by Putin’s orders is the creation of a blockchain-powered “single payment space” among the members of the Eurasian Economic Union.

As Bitcoin has once again proven that it can survive through a soft fork and the ensuing market movements, more and more influential people speak out for it. During the week Peter Thiel, the co-founder of PayPal, and the co-founder of Apple Computers Steve Wozniak have both given statements in support of Bitcoin.

Steve Wozniak spoke at Money20/20 conference with a technology reporter of CNBC. According to the interview Wozniak believes that Bitcoin is more stable and more real than governmental money or even gold. Governments can always print more dollars, which makes the money somewhat “phony”. Bitcoin on the other hand has a fixed supply of only 21 million bitcoins ever created. Wozniak believes that this makes Bitcoin more genuine and real than dollars and more stable on the long run.

Wozniak believes that Bitcoin can be even more stable and more real than gold. Though gold is limited in its quantity, we cannot be sure whether we find a new, large sources gold in the future. On the other hand, it is certain that there will be only 21 million bitcoins in the future.

The co-founder of PayPal feels the same way. Thiel was speaking to Fox Business, where he claimed that bitcoin is a store of value similar to gold and it doesn’t even have to be a way to make payments for bitcoin to have value.

“People who criticize bitcoin are underestimating its value. It’s like a reserve form of money, it’s like gold, and it’s just a store of value. You don’t need to use it to make payments. If bitcoin ends up being the cyber equivalent of gold, it has a great potential left” Thiel said.

Like Wozniak, Thiel also believes that the value of Bitcoin comes from its limited supply and the amount of work it takes to mine bitcoin. This makes bitcoin stable and useable as a store of value or even a reserve currency.