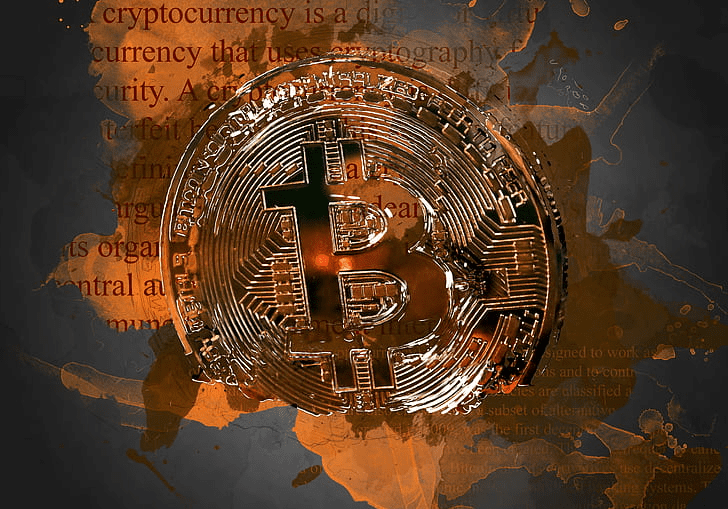 The coronavirus has arrived in Europe like the medieval plague and stirred storms on the stock markets. This has apparently also affected bitcoin, since cryptocurrency prices have declined heavily after the recent outbreak in Italy. Some have speculated that people are now liquidating their investments in order to buy concrete things, such as canned foods and tools in case the epidemic grows worse.

And there’s nothing wrong with that. Generally it’s smart to keep at least a week’s food supplies in store just in case a hostile state attacks, epidemics spread or an enormous meteorite falls in your vicinity.

But Bitcoin is still a pretty good shield. It may not shield from natural forces, but at least it is excellent in resisting political manipulation. For instance in Libanon people have started increasingly using Bitcoin to bypass the regime’s radical economic restrictions.

In other news we have the customs agency of Finland who doesn’t know what to do with millions worth of bitcoins, as well as Canada’s central bank’s plans to create a digital currency just in case. Furthermore we’ll talk about bitcoin’s journeys into deep mountains where its code may be stored for thousands of years.

Bitcoin’s code set to be stored for millennia

Bitcoin’s open source code is set to be stored in a 250 meter deep coal mine located in the Arctic mountains. The operation is part of the Arctic World Archive project driven by GitHub, Internet Archives and other institutes. The project aims to save culturally or technologically important code for coming generations.

The archive is meant to store the information safely for at least 1 000 years, but is likely to last much longer. Aside the mountain archive the information is copied and backed up in several places around the world, with the project keeping it constantly up to date.

Aside Bitcoin the project also stores other significant code, such as the code of the Linux system created by Linus Torvalds. The information can be important for instance for future historians studying the development of different codes. Modern technology can also remain usable a long time, but future code may not necessarily be compatible with it.

GitHUb is currently also collaborating with Microsoft to transfer all information on quartz glass plates. Thse plates are estimated to last over 10 000 years.

The Finnish customs agency has a peculiar cryptocurrency problem. In 2016 the customs agency confiscated 1666 bitcoins from the drug market site Douppikauppa. With the current price these bitcoins would be worth approximately €16 million euros. Now the agency wants to sell these bitcoins in an auction, but is afraid the coins would circulate back into criminal use.

However, Bitcoin experts point out that such fears are unfounded. According to researcher Juri Mattila bitcoin is nowadays used very marginally for crime. Criminals have also started using more anonymous cryptocurrencies in increasing amounts.

Henry Brade, founder and director of the board of Prasos, in turn sees no problem in selling the cryptocurrencies by using reasonable methods.

”Of course there are enormous risks if the customs agency would sell its bitcoins randomly to an anonymous party. But if they are sold through a reasonable process I see no problem,” states Brade.

The TIE, a data service for digital assets, has studied the relation between bitcoin’s price and the amount of published articles about Bitcoin’s block reward halving. Less surprisingly the study shows that a correlation seems to exist.

“We noticed how, as mentions of the halving were decreasing last fall, that tended to correlate with downward price movement. Once that narrative picked up again, Bitcoin saw upward price movement,” commented Joshua Frank, CEO of The TIE.

The halving of Bicoin’s block reward will take place next May. The halving is an inbuilt feature in Bitcoin’s protocol, which regularly decreases the birth pace of new bitcoins. After the upcoming halving there will only be 6.25 bitcoins generated for each new block.

Canada creates its own digital currency

The central bank of Canada is developing its own digital currency just in case it will be needed in the future. So far the bank has no plans to publish the digital currency, but its prototype is already in production and the bank is consulting different parties to advance the project.

“If one or more alternative digital currencies threatened to become used widely as an alternative to the Canadian dollar, then a central bank issued digital currency could be used to defend monetary sovereignty,” the bank stated.

A growing amount of states have begun developing their own digital currencies. For instance China and Sweden are in the process of testing their own crypto. Several central banks have also reported that Facebook’s Libra project has made them consider digital alternatives to traditional currencies.

News agency Middle East Monitor reports that citizens in Lebanon are using Bitcoin to bypass state restrictions and transfer move in and out of the country. Lebanon is suffering from the worst financial crisis since the civil war having ended in 1990, and the people have lost trust in the country’s banks and regime.

Lebanese banks have tried to control the economy by imposing restrictions on how much money can be withdrawn by citizens. Banks have also tried to hinder international consumption to keep wealth within the country’s borders. This in turn has made many use Bitcoin to secure their funds and enable free movement.

“This is the most patent case for cryptocurrencies. Banks are never there when you need them,” comments Lebanese economist Nassim Nicholas Taleb.

“Bitcoin is protected by mathematics, traditional fiat currencies are protected by governments. Which do you trust?,” ponders Simon Tadros, a Bitcoin investor from Beirut.

Tyler Winklevoss, co-founder and CEO of Gemini, has revealed he regrets buying a space ticket with bitcoins. In 2014 Winklevoss bought a space voyage from Virgin Galactic with 300 bitcoins, which then was only worth $250 000 dollars.

After 2014 bitcoin’s price has risen roughly 1 100%. Right now these 300 bitcoins would be worth close to $3 million dollars. Winklevoss has later commented that he will not repeat the same mistake.

Earlier Winklevoss compared the bought space voyage with the first bitcoin pizza purchase in 2010. Back then Laszlo Hanyecz bought two pizzas with 10 000 bitcoins. Thereafter 22nd May has been know as the Bitcoin pizza day.

Cryptocurrency enthusiast who has several years of experience about using cryptocurrencies and writing about them.
0 Comments
Inline Feedbacks
View all comments
PrevPreviousIntroduction to Coinmotion Coinmotion Wealth
NextCoinmotion recruiting senior/lead backend developerNext
Sign up