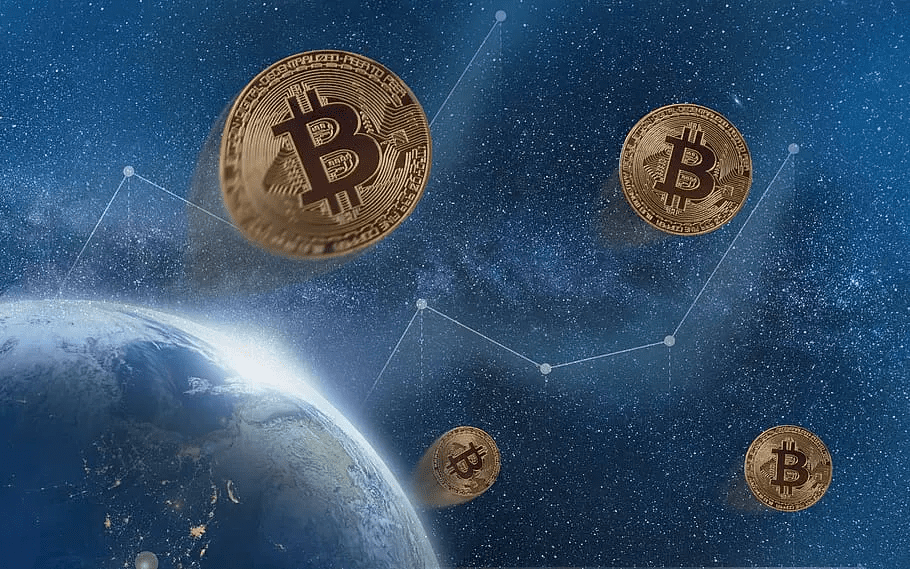 Bitcoin has recently risen above $60 000 dollars for the first time since the past May. This has prompted even more cautious augurs to predict we may have growth dwarfing spring ahead of us. Coinmotion’s newest technical analysis also elaborates on what the beginning of the fourth quarter may mean for the remaining year.

Aside common market fluctuations, the recent rise appears to have been inspired by news about the approval of the first Bitcoin ETF. This long-awaited decision by the United States Securities and Exchange Commission will likely open bitcoin for an even larger group of traditional investors – and also impact its price development.

Among other news this week we will talk about bitcoin mining, which has become increasingly decentralized in the wake of China’s prohibition policy. Meanwhile Russia is considering extra tariffs for miners, who allegedly benefit disproportionately from cheap electricity. Additionally we have a report revealing that cryptocurrency ransomware payments have grown from last year.

Bitcoin’s price has soared above $60 000 dollars last Friday, a level not seen since the past May. Despite facing temporary resistance, the move appears to have formed a stable floor as the price has continued climbing above $61 000 dollars at the time of writing.

“Ideally, we’d like to see Bitcoin build a base over $60,000 and cement that level as new support. If we break all time highs, there is no telling how high the momentum could take us,” Brett Sifling, investment advisor for Gerber Kawasaki Wealth & Investment Management stated.

Sifling added that the previous breakout over an all-time high of $20 000 dollars at the end of 2020 led to a huge bull rally as the price multiplied in the ensuing months. Several other analysts have also agreed that a move above the temporary top at $64 483 dollars could lead to similar price development. Analysts believe it is possible that surpassing this psychological level could in the near future yield even six-digit price figures for bitcoin.

“A solid break beyond 60k clears the path towards the 65k. After that, BTC, once again, arrives in uncharted territory and things can go very rapidly as we have seen in the past,” Julius de Kempenaer, senior technical analyst at StockCharts.com, summed up.

The United States Securities and Exchange Commission has greenlighted the first ever Bitcoin futures ETF, meaning an exchange-traded fund. The SEC accepted an application filed the past summer by ProShares on Friday, with the company announcing it would launch the fund in the upcoming week. The decision has also prompted expectations for other actors to publish their own ETFs soon.

The SEC has in past years rejected every single Bitcoin ETF application, so the fresh decision has been welcomed as a long-awaited milestone in the cryptocurrency community. Industry operators have been trying to launch bitcoin ETF products for nearly a decade now, with the first application filed by Gemini founders Tyler and Cameron Winklevoss in 2013.

Advocates of a bitcoin ETF believe it would make the asset more approachable and regulated in relation to directly investing in the cryptocurrency. SEC chair Gary Gensler also voiced his belief that futures-based products could more effectively protects investors under clearer regulatory guidelines. While the SEC is not expected to approve other applications than bitcoin future ETFs this year, the decision is sooner or later expected to also pave the way for a wider acceptance of bitcoin funds.

The United States has become the new global leader in bitcoin mining, reveals data from the Cambridge Centre for Alternative Finance. Meanwhile the earlier overwhelming leader China has fallen to the bottom of the list as a result of the country’s strict mining ban policy.

The United States’ share of the whole world’s bitcoin mining power marked a total of 35.4% at the end of August. The number has more than doubled from 16.8% at the end of April. The following contenders on the list were Kazakhstan and Russia with shares of 18.1 and 11 percent. Also these countries have seen significant growth since April, when the respective numbers were 8.2% and 6.8%.

China’s share of the world’s mining power has in turn effectively plunged to zero following the state’s wide-scale mining prohibition. The ban policy which started in June immediately led to a drop of 38% for the whole bitcoin network’s computing power. However, in July and August the number recovered by 20%, indicating Chinese mining operations have successfully migrated elsewhere.

China held the bitcoin mining crown for years and reached a record share of 75 percent in September 2019. However, the mining ban of the past year has shown that the bitcoin network can fare quite well even without China. At the same time the network’s mining power has become increasingly decentralized, and at this point no country has yet assumed the superiority once held by China.

Russian energy minister Nikolay Shulginov has proposed additional payments for cryptocurrency miners in relation to normal electricity consumers. According to Shulginov, using energy at retail rates for crypto mining is unacceptable, and measures are required to ensure the sustainability of the power grid.

The statement by the energy ministers appears to be linked to a report written to Russia’s vice prime minister by the governor of Irkutsk. In the report the governor notes that electricity consumption in the area has grown by 159% in comparison to last year. The alleged reasons are illegal mining operations, which have surged after China’s recent mining prohibition. According to the governor, miners in the region run their operations in common residential buildings and consume huge amounts of power at retail prices.

Roman Zabuga, representant of local mining farm BitRiver, has said that crypto mining has bloomed in the wake of bitcoin’s rising value. Zabuga attributed the growth to the expansion of local mining operations and new ones commencing.

“These miners are, in fact, using electricity for households, on the price that is subsidized by the regional government, for business purposes,” Zabuga said, adding that miner-specific tariffs might be introduced in the future.

Crypto ransomware payments on the rise

Payments related to different cryptocurrency ransomware attacks this year have already exceeded the sum of 2020. The data is based on a new report by the United States financial crimes authority FinCEN.

Cryptocurrency exchanges and other financial institutions have reported more than $590 million dollars worth of payments linked to ransomware attacks during the first half of 2021. In comparison, the whole sum of last year was only $416 million. The principle of these extortions is that an attacker seizes and decrypts the target’s computer or network until a ransom sum is paid to unlock it.

The report does, however, not clarify what portion of the whole sum was comprised of cryptocurrencies relative to traditional payment methods. According to a press release by the US Treasury, the attackers have nonetheless increasingly demanded payments in anonymity-focused cryptocurrencies such as monero. Attackers have also used cryptocurrency mixer services, decentralized platforms and several different wallets as measures to avoid detection by law enforcement officials.

“We have seen an aggressive sustained effort on ransomware the last few weeks from the administration. We are rightfully seeing the most focus on hardening cyber defenses, and when it comes to crypto, we are seeing Treasury, Department of Justice and others target the illicit parts of the crypto ecosystem rather than the overwhelmingly compliant industry itself,” former Treasury official Ari Redbord said in a statement.

Cryptocurrency enthusiast who has several years of experience about using cryptocurrencies and writing about them.
0 Comments
Inline Feedbacks
View all comments
PrevPreviousTechnical Analysis (Week 41/2021): Uptober Continues, Bitcoin ETF Set to Launch Next Week
NextHow to Earn Cryptocurrency by Playing Games: Welcome to the “Leisure Economy”Next
Sign up