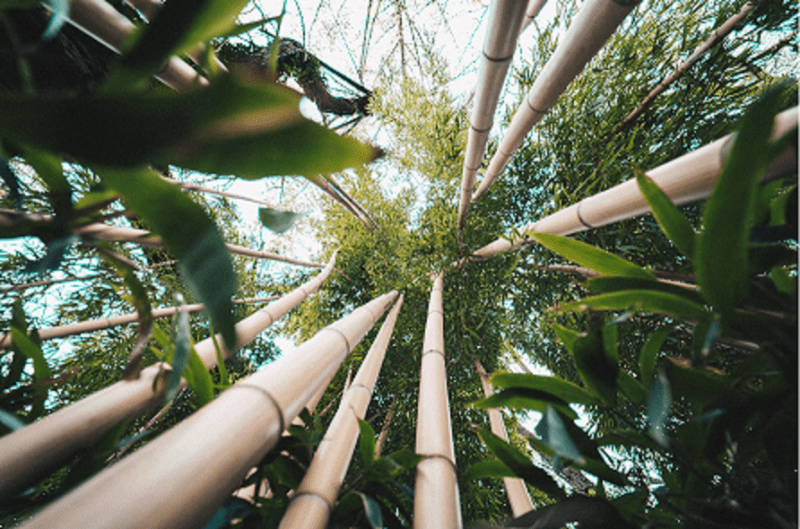 What do Bitcoin and bamboo trees have in common? Both can grow enormously in a single day and can be used for both nutrition and torture depending on how they’re placed. Most bears also don’t appreciate them. For the first month of the year Bitcoin has indeed enjoyed quite a a bull run while bears have been trampled. It remains to be seen what the coming months will bring.

This week will address different bitcoin-related statistics. Over half of all the world’s bitcoins seem to be in the hands of hodlers, which indicates a strong belief in rising prices. We have also published an article about bitcoin’s upcoming block reward halving, which will further decrease bitcoin’s already scarce supply.

In other news we have increasing crypto extortions and attacks against exchanges. According to a fresh report dark crypto commerce has also doubled, but still forms only a fraction of the markets. Additionally IT giant IBM has been awarded a patent to develop a new self-aware crypto token.

Over half of all bitcoins held by hodlers

The so called “hodling” of bitcoins is living strong. More than half of the whole world’s bitcoins have not moved in over a year. Right now there are about 18.1 million bitcoins in the world. 12.6 million of these have remained unmoved for over a year.

“Hodl” is a joke and meme in crypto circles referring to holding bitcoins or other crypto for a long time. Hodlers believe bitcoin’s price is still going to rise significantly over a longer period.

The appeal of hodling is based on the limited supply of bitcoins. There will never be more than 21 million bitcoins.
Hodlers may in the near future be rewarded for their patience, since the birth pace of new bitcoins will halve in a few months. The halving will decrease the supply of bitcoins, which is likely to raise bitcoin’s price as it has in the past.

In 2019 crypto exchanges were targeted by more successful hacks than before during their history, reports blockchain analysis company Chainalysis. Exchanges faced 11 significant attacks, marking two times more than in 2018.

However, despite the risen number of attacks the total sum acquired by hackers was smaller than the previous year. In 2018 exchanges suffered losses amounting to 875.5 million dollars, while the sum in 2019 was only 282.6 million.

According to the report this is because exchanges have improved their security following the serious hacking cases in 2018. As one measure an increasing amount of exchanges have transferred most of their funds to cold wallets outside the Internet.

At the same time hackers have also improved their methods. Hacks have become ever more sophisticated and complicated, while the use of crypto mixers has also grown.

Crypto commerce on dark markets has doubled for the first time since 2015, according to an annual Crypto Crime Report by Chainalysis. However, crypto use on dark markets remains very low compared to all transactions.

The report states that darknet payments formed roughly 0.04% of all crypto transactions in the beginning of 2019. By the end of the year the number had grown to 0.08%.

While the numbers remain relatively low, the growth seems to indicate these hidden services are resistant to scrutiny by authorities. Chainalysis states that one closed service often leads to another one opening as the markets adapt. In 2018 a total of 8 dark marketplaces were shut down, but in 2019 the same amount of new ones were opened.

The report also states that some marketplaces have become even more ambitious. For example, Russia’s largest illegal marketplace Hydra has announced intentions to publish its own cryptocurrency and aims to collect $146 million dollars to expand internationally.

Over half of public and private organizations in the United States fell victim to crypto extortions last year, according to a fresh report by cyber security company Proofpoint.

For the report Proofpoint analyzed over 9 million emails and interviewed 600 industry leaders and 3 500 employees in the IT sector. In addition Proofpoint ran over 50 million simulated email attacks.

According to Proofpoint up to 90% of organizations in the US were targeted by malicious email attacks. 50% in turn suffered from exortion programs, exposed accounts or false information.

A typical extortion program encrypts the victim’s computer, whereafter victims are demanded to send a certain amount of bitcoins to the attacker in order to unlock the information.

However, the report states it is not wise to pay exortionists. Only 69% of those who paid got their information reinstated. At least 7% were targeted by new extortions. 22% in turn paid but never regained their information.

Antivirus mogul John McAfee having earned a peculiar and comical reputation in crypto circles, has again made headlines. In his latest output McAfee called Bitcoin a “true shitcoin”.

“Shitcoin” is a degrading term used in reference to crypto coins that are useless, bad or simply made with profit in mind. Usually these shitcoins are direct copies of some earlier crypto and published only as a scheme to get rich quickly.

According to McAfee Bitcoin is old, outdated and unsafe. He thinks several altcoins, meaning other cryptocurrencies than Bitcoin, are the real future.

McAfee’s stance has taken a strict turn from what it was earlier. In 2017 he promised to eat his penis if bitcoin fails to reach a million dollars by 2020. When it became clear this might not happen, McAfee backed down on his bet.

“Eat my dick in 12 months? Just a ruse to onboard new users. It worked,” McAfee commented.

IT giant IBM has been awarded a patent for a new kind of “self-aware” crypto token. Unlike traditional blockchain crypto it would also be able to record transactions without web connection.

IBM’s new token stores all its information on a smart phone, computer or other device. When the device is reconnected to the Internet, the token exchanges information with IBM’s own platform.

One of the main purposes of the token is to make it easier for private consumers, companies and authorities to track transfers with cryptocurrencies. According to IBM the system would enhance trust and usability, since anyone can ensure the token is not used illegally.

“Such a system would constitute a significant improvement to the art of financial data processing,” the patent declared.

Cryptocurrency enthusiast who has several years of experience about using cryptocurrencies and writing about them.
0 Comments
Inline Feedbacks
View all comments
PrevPreviousWhat is Bitcoin Halving?
NextA healthy rise starts slowly but that can be relative in bitcoin’s caseNext
Sign up