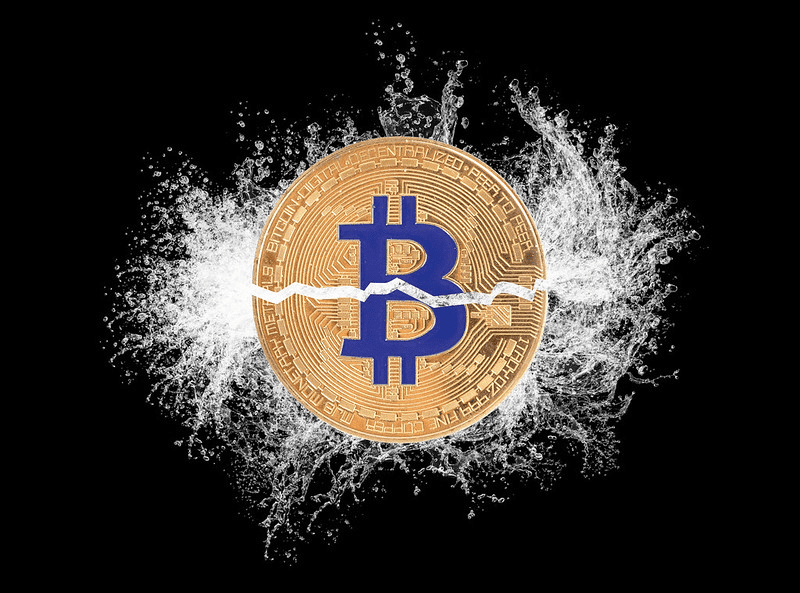 Bitcoin’s block reward halving has now happened for the third time and started a whole new era in the cryptocurrency’s history. Hereafter new bitcoins will be found even more scarcely than gold. While we used to enjoy 12.5 bitcoins per block, we now have to get used to only 6.25. After the next halving passes in four years, we will surely miss how big of a number that 6.25 really is.

This week we will discuss phenomena related to the halving, such as how the current financial crisis reflects the crisis from 2008 which originally inspired Satoshi Nakamoto to create Bitcoin. We will also check how much Bitcoin’s use has grown since the previous halving four years ago.

In other news we have global trust in cryptocurrencies, which has grown significantly in the past year. Additionally we will discuss the European Central Bank’s own digital currency as well as North Korean hackers abusing the covid-19 pandemic.

The halving reminds of Satoshi’s vision

The block reward halving served as a small reminder of Bitcoin’s origins and early days. Mining pool F2Pool, the miner of the last block before the halving, included a special message in the block: ”NYTimes 09/Apr/2020 With $2.3T Injection, Fed’s Plan Far Exceeds 2008 Rescue”.

The news article by The New York Times talks about economic stimulus measures in the United States incited by the corona crisis, resulting in roughly $2.3 trillion dollars of new money being pumped out of thin air. According to critics of these measures, an overflow of new money on the markets directly leads to inflation and sinking value. These are precisely the things Bitcoin was created to combat.

The message in the final pre-halving block is also a tribute to the first block ever, the so called Genesis block. Bitcoin’s anonymous creator Satoshi Nakamoto mined the block with the message: ”The Times 03/Jan/2009 Chancellor on brink of second bailout for banks”.

Satoshi Nakamoto regarded states intervening in the economy and central banks being able to manipulate money supply as a serious problem. Nakamoto believed such a system only benefits dominant institutes at the expense of average citizens who don’t even have power over their own money.

Number of BTC wallets has grown since the past halving

The number of wallets containing small amounts of bitcoin has more than doubled in the past four years, reports blockchain analysis company Glassnode. This marks a growth of more than 100% since the previous halving.

The increasing number of wallets, especially big ones, is a clear sign of Bitcoin’s increasing popularity and use. Bitcoin is no longer an instrument for the few, but used more extensively regardless of social class.

Hodling has been profitable almost all the time

According to a blockchain analysis, so called “hodling” of bitcoins has been profitable 95.4% of all the days during Bitcoin’s existence. The intentionally misspelled term refers to buying and holding bitcoins while believing the price will rise notably in the long term.

Hodling has been one of the most successful strategies, since bitcoin’s price indeed has generally risen in the long run. While the price has temporarily crashed and bitcoin has been pronounced dead countless times, long-term statistics do not support this thesis.

Bitcoin investors also seem to understand the potential benefits of hodling. Blockchain analysis reveals that roughly 60% of all existing bitcoins have remained unmoved over the past year.

However, trust in crypto varies greatly across different markets. 81% of Chinese reported trusting cryptocurrencies and blockchain. 62% in turn stated they believe crypto will have a positive impact on the world.

North Korea has increased cyberattacks during the corona crisis

According to cybersecurity experts, North Korean hackers have escalated their cryptocurrency-related cyberattacks during the corona epidemic. The experts believe a group behind the name Lazarus seems to have targeted South Korean crypto users and investors with increasing intensity.

Experts also believe Lazarus intends to expand outside South Korea. Especially the United States seems to be a prime target, but the hackers’ activity might also spread to other countries.

The Lazarus group is widely believed to be an organization supported by the North Korean regime. The totalitarian state suffering from financial problems has seen cryptocurrencies as an excellent way to acquire money, whereby they have orchestrated different cyberattacks for that end.

In 2018 Lazarus stole at least $571 million dollars worth in cryptocurrencies from South Korea and other Asian countries. At the moment there are no signs that these cyberattacks would wane at least in the near future.

The European Central Bank is weighing how a central bank digital currency (CBDC) targeted at consumers could be created, reports executive board member Yves Mersch. According to Mersch a retail-focused CBDC  is currently the utmost priority within the central bank’s digital currency project.

“A wholesale CBDC, restricted to a limited group of financial counterparties, would be largely business as usual. However, a retail CBDC, accessible to all, would be a game changer, so a retail CBDC is now our main focus,” Mersch said in a conference.

According to Mersch the digital token could be built in a decentralized manner without the need for a centralized ledger. He refrained from directly using the word blockchain, despite the fact that blockchain is the most successful example of distributed ledgers.

Mersch acknowledges that a CBDC could threaten the economic privacy and integrity of citizens. It is much easier to trace digital money than cash. According to Mersch the central bank is therefore investigating different legal questions that the currency could present.

The ECB has already for years been puzzled over how a potential digital euro could be realized. No concrete dates have yet been published, but Facebook’s Libra currency seems to have provoked the ECB to pick up the pace.

Cryptocurrency enthusiast who has several years of experience about using cryptocurrencies and writing about them.
0 Comments
Inline Feedbacks
View all comments
PrevPreviousUTXO Age Distribution and Bitcoin Re-Accumulation
NextBitcoin up over 150% from yearly bottom and the trend looks strongNext
Sign up