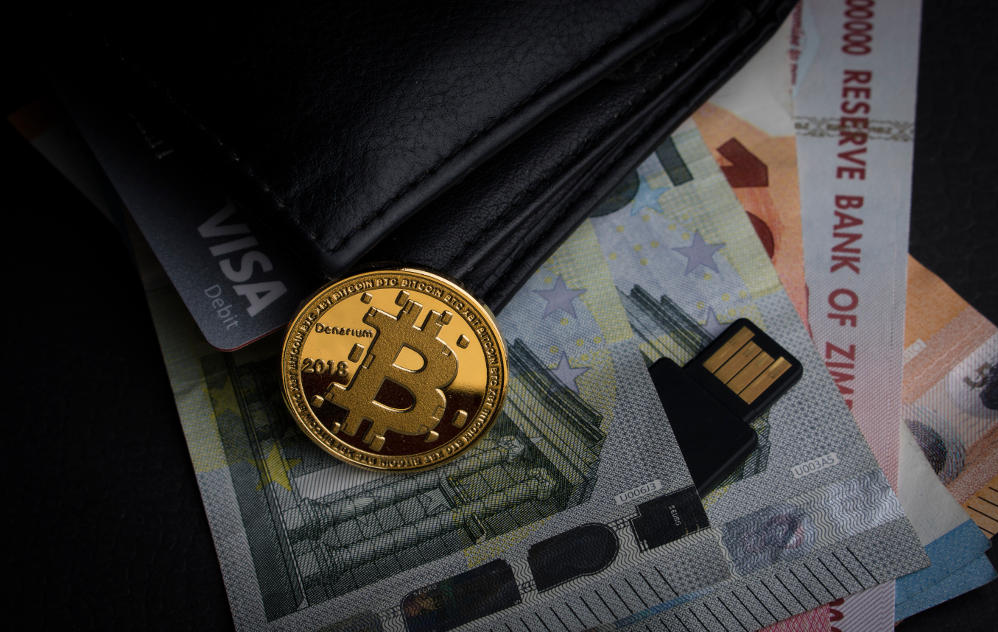 Another week of blood and growth, another chapter in the turbulent tale of Bitcoin. After plunging down heavily, the coin of coins has risen up above $7500 dollars at the time of writing. The price may take its turns back and forth, but in the end it’s the underlying technology and its adoption that matters.

And a technology capable of withstanding economic crises is indeed something to be taken seriously. Bitcoin was first created in 2008 in the aftermath of the last financial crisis – and it may yet have a bigger role to play in the next one. This week will talk more about Bitcoin’s potential to function as an independent safe haven amidst global turmoil.

In other news we have hackers and their unending schemes. A new malicious program stealing cryptocurrencies has been discovered, but reports also indicate the income of hackers and other cyber criminals has declined during the past season.

Bitcoin has also recently gained increasing interest in Google Trends. Meanwhile the European Central Bank is eager to prepare its own crypto euro. Whatever it entails and how it differs from centralised euros already existing on the bank’s servers is a question yet to be answered.

To honor our crypto consumers we are also taking part in Black Friday. Denarium is offering products with discounts up to -50% until the end of the week. All products have at least a -10% discount.

Bitcoin is a good safe haven for economic crises

Prasos Ltd, the company behind Coinmotion and Denarium, was represented this week at an investment-themed exhibition organized in Helsinki, Finland. During the event CEO Heidi Hurskainen held a presentation about Bitcoin and its ability to function as a safe haven during economically uncertain times.

According to Hurskainen Bitcoin has a notable potential to protect people’s funds from economic problems. Bitcoin does not heavily correlate with other investment targets, and has at times even reversely correlated with them. When for instance stock market prices have crashed, bitcoin’s price has risen.

Bitcoin is also immune to inflation driven by states and central banks. There is a maximum supply of 21 million bitcoins, which can never be exceeded. In reality the supply is even smaller, since a significant portion of bitcoins has already disappeared behind lost accounts.

Bitcoin is also immune to censorship and political interference. Bitcoin cannot be confiscated and its transfers cannot be stopped by outside parties. This further enhances its position as a safe haven.

While Bitcoin has not yet faced a global economic crisis, it has shown its strength in local ones. A good example is Venezuela, whose failed policies have left the country suffering from economic chaos and hyperinflation. As a result Venezuelans have in increasing amounts started transferring their property to bitcoin, since the currency has an excellent history of value preservation and growth.

The European Central Bank is considering creating its own digital currency as a response to Facebook’s Libra. Benoît Cœuré, member of the executive board of the ECB, is reportedly leading the initiative.

The most likely option is that the digital currency would be some kind of stablecoin. This means its value would probably be bound to one or more fiat currencies, such as the traditional euro.

There is also no information on a closer schedule for the project. According to news agency Reuters the ECB may advance with its plans already in the next few months.

Google has recently been used to search for an increasing amount of Bitcoin-related information, as revealed by Google Trends. Statistics indicate Bitcoin-related searches are at their highest level since October, when bitcoin’s price was close to $10 000 dollars.

The block reward halving event is estimated to take place next May. The halving means that the amount of new bitcoins generated will decrease by half. This decreasing supply in turn is believed to increase bitcoin’s price, like it has historically done on two earlier occasions in 2012 and 2016.

Most Bitcoin-related searches seem to come from Africa, where Nigeria, South Africa and Ghana are leading in search volumes. The top five also includes Austria and Switzerland in Europe.

Data security analysts at Microsoft have discovered a new cryptocurrency-stealing malware named Dexphot. The analysts report the malware has been active at least since last year’s October, and by June it had infected nearly 80 000 computers.

“Dexphot is not the type of attack that generates mainstream media attention; it’s one of the countless malware campaigns that are active at any given time. Its goal is a very common one in cybercriminal circles — to install a coin miner that silently steals computer resources and generates revenue for the attackers,” Microsoft’s report states.

The report warns that the malware also knows how reinstall itself after removal. After Dexphot is removed, the computer’s scheduled tasks will silently install it again.

Different forms of malware secretly mining cryptocurrencies for hackers have become more common as cryptocurrencies have grown in value and popularity. Users may not necessarily even notice them, but by stealing electricity and computing power they weaken the computer’s normal activity and can shorten its lifespan.

According to a new report by cyber security company CipherTrace, frauds and thefts related to cryptocurrencies have caused losses amounting to approximately $4.4 billion dollars this year. However, the report also states cryptocurrency-related criminality has seen a notable decrease.

“This quarter, cybercriminals stole $6.5 million from cryptocurrency exchanges, while insiders bilked cryptocurrency users out of $9 million in exit scams and Ponzi schemes. This total of $15.5 million represents the smallest number of cryptocurrency crimes of any quarter in the past several years,” the report states.

Even though the third quarter has seen a decline in crypto criminality, it has witnessed significant growth earlier this year. In 2018 cyber criminals gained $2.7 billion dollars worth of stolen funds, while the sum in 2019 has so far grown to $4.4 billion. CipherTrace estimates the reason is that criminals have begun targeting wealthier victims.

CipherTrace also investigated the implementation of KYC rules, short for Know Your Customers, among different crypto exchanges. The analysis concluded that 35% of crypto exchanges have a strong KYC standards, while 41% were ranked as “porous” and 24% as “weak”.

A new version of Bitcoin’s reference software Bitcoin Core has been released. The new 0.19.0 version includes several updates improving the functionality of the software and system.

Reference software in this instance means that Bitcoin Core is regarded as a kind of model upon which other Bitcoin client programs are built. Other programs can have their own code, but mainly all programs are coded to be compatible with Bitcoin Core.

One new feature in Bitcoin Core’s graphical user interface is using bech32 addresses by default. The bech32 format refers to addresses beginning with the characters bc1.

Bech32 differs from old addresses beginning with 1 and 3 by not differentiating between capital and lowercase letters. This minimizes the risk of spelling mistakes and other errors that might transfer bitcoins to wrong addresses.

The new version also includes other improvements. One of them is that it enables running Bitcoin nodes with smaller disk space than before.