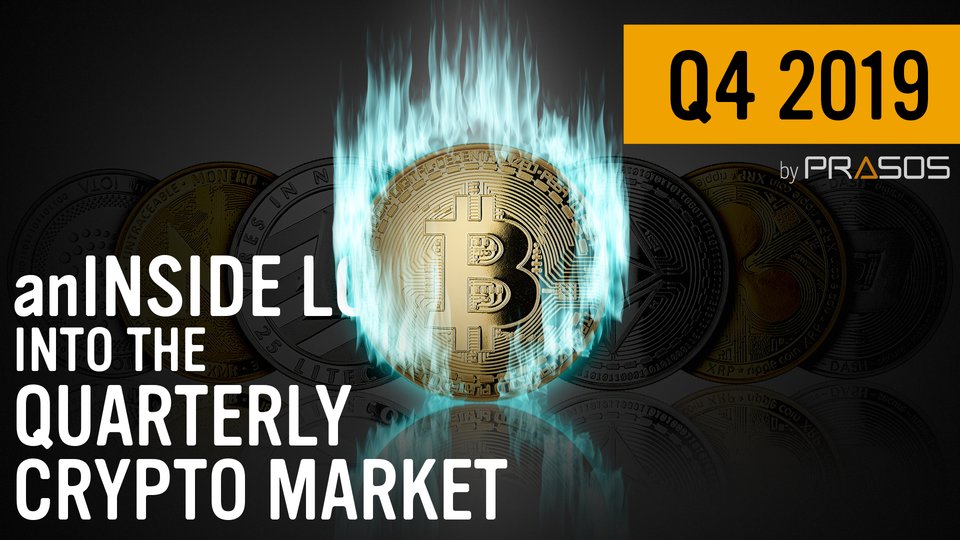 The year 2019 wasn’t huge for bitcoin compared to many previous years, but it still managed to grow over 80%. This would be considered an extremely good result compared with any other asset class. Once again bitcoin was a very profitable asset choice as a part of an investment portfolio. 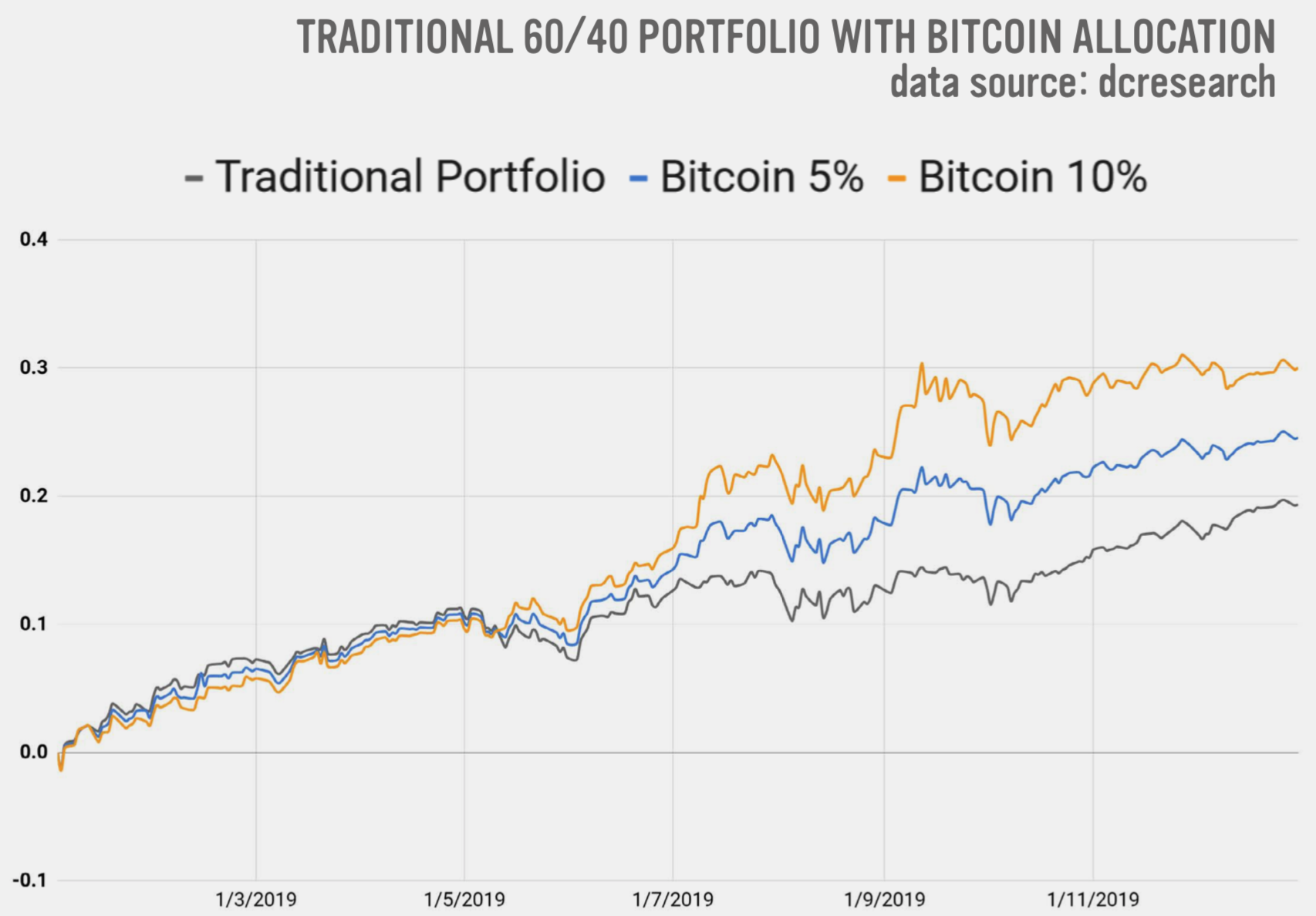 After the modest bearish sentiment of 2018, bitcoin pampered its investor segment in 2019 with 85% performance year-on-year (YOY).  The year was much more successful for bitcoin than for the other top cryptocurrencies by market cap. Ethereum declined 13%, Ripple (XRP) lost nearly half (49%) of its price, but Litecoin managed to grow 13 percent during the year. Bitcoin’s dominance stayed in proximity to 70 percent through the fourth quarter.

The bitcoin dominance index has been a bit controversial, as it’s not addressing volume correctly. A new approach, by Arcane Research, weighs real volume and excludes stablecoins (which are often pegged to USD). It offers a more clarified view on bitcoin’s dominance. By the said model, bitcoin’s authentic dominance is estimated to be over 90 percent. 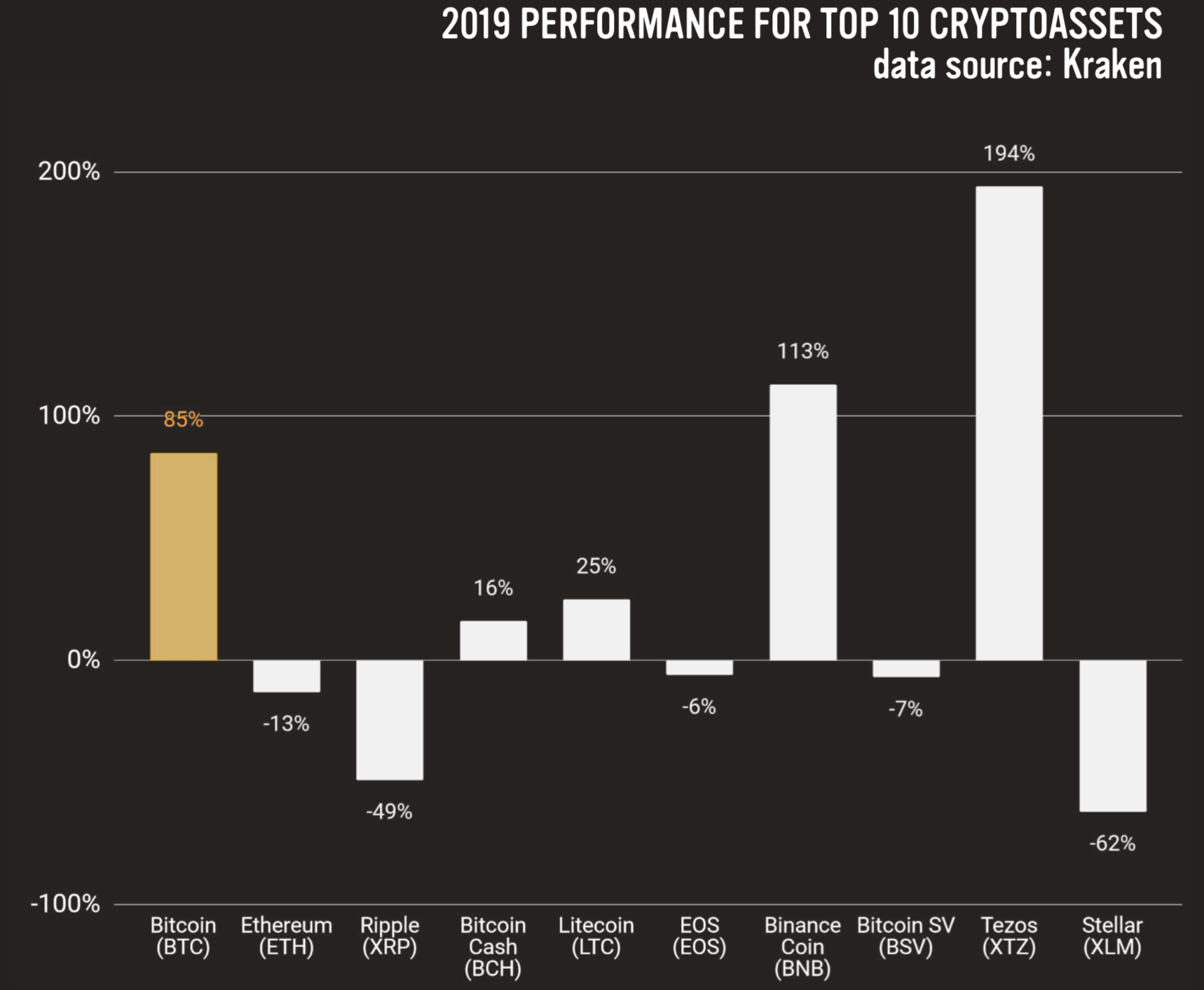 You can read more about the latest trends in cryptocurrency market and indicators for the future from the full report. You can download it from the link below.