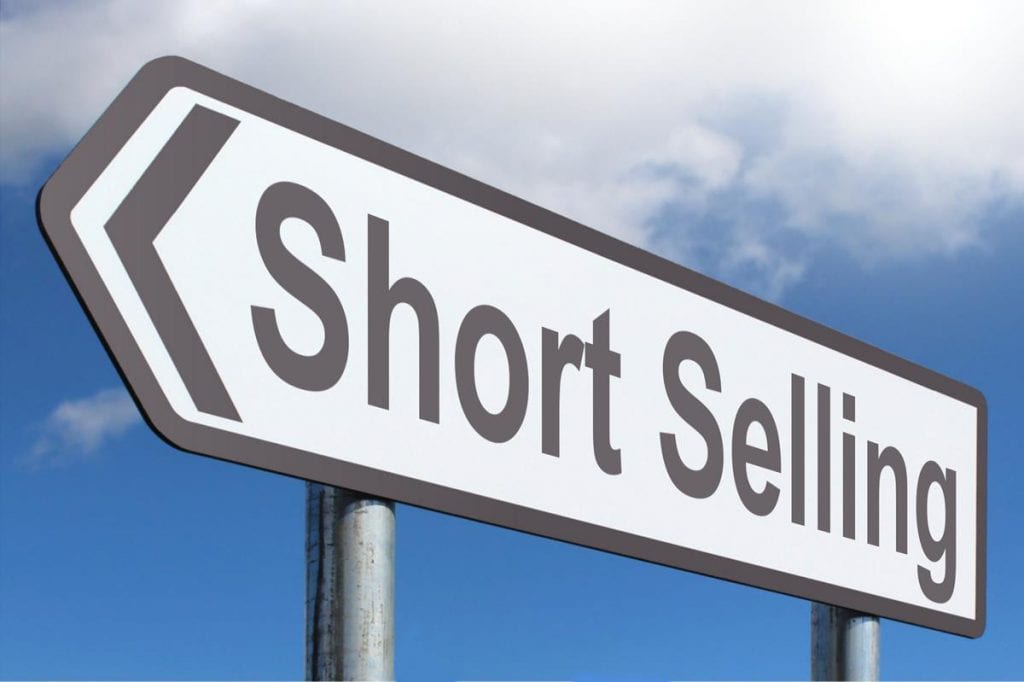 bitcoin investing / How to Short Bitcoins

How to Short Bitcoins

Bitcoin shorting has become a more and more popular way of investing in BTC. Shorting other cryptocurrencies has gained popularity as well. The relatively high volatility of cryptocurrencies makes them in many ways ideal for those who want to sell on top and then buy the assets back when the prices fall. Even though it is far riskier than hodling, shorting can also give fast profits for those canny enough to exploit the volatility. In this article we talk about what bitcoin shorting is, why it can work and how to short bitcoins with relative security.

What is bitcoin shorting & how to short bitcoins

Shorting, short selling, or going short is the act of selling an asset with a higher price with the assumption that the asset’s price will fall in the future and the seller can buy it back at a lower price. In essence, it doesn’t differentiate from the basic act of buying it low and selling it high, but with the addition of buying the asset back when the price falls.

Shorting bitcoin can be extremely profitable. Shorting can be highly profitable especially with assets of high volatility, such as bitcoin or other cryptocurrencies. For example, if one sold bitcoins in December of 2017, when the price of bitcoin reached an all-time high of over 20 000 dollars per piece, and then bought them back when the price fell next year, they could have multiplied their bitcoin holdings. After the price has once again begun to rise, the short-sellers would have made good profits.

Nonetheless shorting a volatile asset can also be quite risky. If the price doesn’t fall but keeps on rising, those who shorted too early could miss out and lose lots of potential profits. All in all shorting bitcoin is a risky strategy, but with high risks comes the potential for big profits.

Knowledge of Markets and Technology is Essential

In essence shorting is easy, as it is only buying and selling. But to do successful short sales is far harder, more akin to an art than a science, and it requires nerves, knowledge, and understanding.

As with any asset, shorting bitcoin requires a good knowledge base of what Bitcoin itself is. The cryptocurrency markets are quite volatile and somewhat unpredictable, especially when compared to many of the more traditional assets. This means that with bitcoin it is even more important to understand the asset and market situation.

Successful shorting also requires one to closely monitor the market movements, cryptocurrency-related news, and other factors that affect bitcoin price. For example, a new regulation, a hack on a major exchange or even a breakout of a viral epidemic could cause severe movements in cryptocurrency prices. To short bitcoin, you have to keep an eye on these events and understand how they affect prices. In a nutshell: do not short bitcoin, if you do not know what you are doing.

After you have accumulated enough knowledge, you can begin your shorting process.

Bitcoin Shorting Has the Potential for Unlimited Losses

If you are buying bitcoin, the maximum amount you can lose is the money you spent on them even, if the price of bitcoin would reach zero by some miracle, previously unheard of bear markets or force majeur. But when you sell bitcoin or are shorting bitcoin, there’s theoretically unlimited potential for missing out on rising prices. If you shorted bitcoin and then the price of bitcoin reaches a new all-time high, you essentially lose everything you would have gained if you’d just have held bitcoin or cryptocurrencies.

This means that it is important to protect yourself against too steep losses. This can be achieved by setting a minimum price on which to buy back the cryptocurrencies you previously shorted if their price keeps rising. You will still suffer some losses, but at least you won’t miss out entirely.

Many platforms, such as Coinmotion, have the option to set automatic levels where you either sell or buy cryptocurrencies. This can be a useful tool when setting up your short position.

After you have set up your strategies, short positions and bought bitcoins for short, you have to keep a close eye on cryptocurrency news. There are lots of reliable media outlets in the cryptocurrency scene, such as Coindesk and Cointelegraph. At Coinmotion we also regularly post news about the most important happenings in the Bitcoin world and expert technical analysis about market situations.

By keeping in up with the changes and understanding how they affect the price, you can try to find the correct prices for when to short your bitcoins. Usually, things like mainstream media hype indicate that the price could be bubbling up, which are usually followed by corrective movements in the markets.

In conclusion shorting has the potential to multiply your cryptocurrency stash far faster than traditional ways of trading. At the same time, there are huge risks, which could lead you to lose out on real profits and bull markets.

With planning, research, and understanding you can minimize your risks with shorting. Nonetheless, always remember that like with any investing, shorting is still risky and you can never reduce the risks down to zero.

A Finnish author who has been writing about cryptocurrencies for over eight years.
PrevPreviousThe biggest margin call cascade in the history of bitcoin
NextBitcoin recovers after market chaos – Weekly news 11/2020Next
Sign up