It has been a decade since the anonymous prophet of electrical currencies, Satoshi Nakamoto, published his (or her?) white paper detailing what the world would know as Bitcoin.

After ten years, a lot has happened: what was once a minor treat and hobby for cryptoanarchists and coders has become a world-wide phenomena, which almost everyone knows and which can be actually used to transfer millions of dollars instantly to almost any place in the world without any bank, government or other institution being able to censor it.

Today we give a brief look into Bitcoin’s first steps and history and we take a look into the future as well. In the beginning it was hard to buy a pizza with bitcoin, but nowadays the most recognized institutions of the Internet infrastructure are working on making Bitcoin payments easy for everyone using major browsers.

And of course many other news as well! 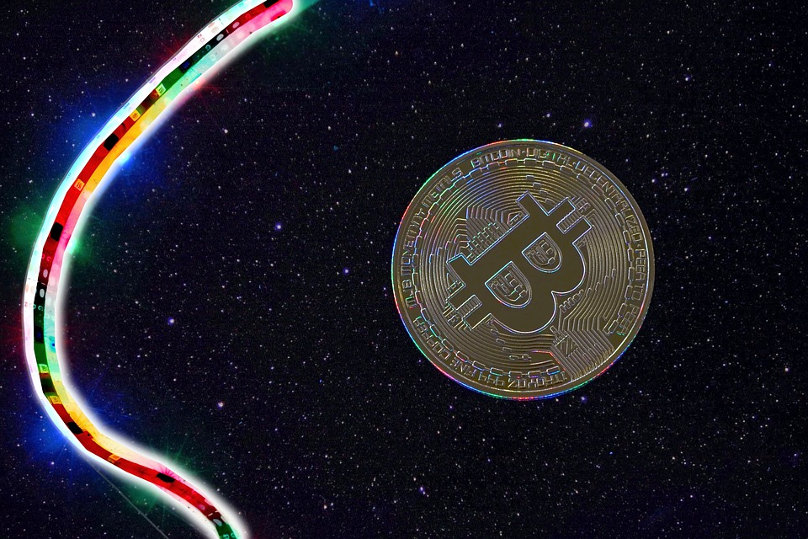 In its first ten years, Bitcoin has almost managed to drift into every corner of the world. Next the Moon?

Bitcoin has turned 10 years old! What begun as an idea has grown to be a real, working global network that handles billions of dollars worth of value and transactions without any real central power.

In October 31st of 2008, Bitcoin’s white paper was officially revealed in a cryptoanarchist forum by an unknown person behind the handle “Satoshi Nakamoto”. Few months later in January 2009 Nakamoto mined the first block of Bitcoin’s blockchain, known as the Genesis block.

The first Bitcoin transaction took place in 12th of January, when Nakamoto sent 10 bitcoins to a cryptography developer Hal Finney. The first actual payment with bitcoins took place in May 22th of 2010 when coder Laszlo Hanyecz bought two pizzas for 10 000 bitcoins. Nowadays those bitcoins are worth over 60 million dollars.

During its first decade Bitcoin has gone through hurdles, both technological and economic. Constant hacking attempts, the fall of Mt.Gox, restrictions by several governments and so on have been trying and testing Bitcoin throughout its first 10 years of existence. But Bitcoin has prevailed against all odds, and just become more resilient, trustworthy and valuable.

It’s been a ride for these past years, and it’s interesting to see what else we are going to see!

Bitcoin and other cryptocurrencies bubbled in the end of December 2017, when bitcoin reached an all-time high of over 20 000 dollars. As expected, the bubble then burst and the passing year has been mostly an aftermath of the burst, with bitcoin’s price remaining relatively stable.

According to Bitcoin Magazine, bitcoin has recently had lower volatility than stock markets. Three of the biggest stock indexes, the DOW (DJI), NASDAQ-100 (NDX) and S&P 500 (SPX) have each fallen 3.62%, 5.60% and 7.36% respectively. Bitcoin on the other hand swayed only about half-a-percent during the month.

Bitcoin and other cryptocurrencies have been seen as a safe haven against the market turmoils. Because Bitcoin is decentralized and cannot be controlled by any single entity, it is far more resistant towards political and monetary manipulation than governmental fiat. Cryptocurrency prices don’t seem to correlate much with stock market indexes, so they might be a good investment option during difficult times in stock markets as well.

Bitcoin and other cryptocurrencies can be even more stable than traditional ways to invest and store value.

The international institution that creates standards for the web and Internet, World Wide Web Consortium (W3C), is working on a system to implement Bitcoin’s Lightning Network to all major browsers, such as Chrome, Firefox and Edge.

“The architecture is designed to enable new payment methods to be used on the web. That should include blockchain-based payment methods,” head of W3C payment activities told CoinDesk.

Lightning Network is a second-layer solution to Bitcoin scaling. It has the potential to increase the transaction speed of Bitcoin to hundreds if not even thousands of times, making Bitcoin faster than Visa, MasterCard and PayPal.

The potential Lightning-implementation is part of W3C’s work to create an easy to use system of online payments for consumers. Even though Lightning Network isn’t the only possibility the group is looking into, it seems to be a real possibility.

“This is exciting because switching between traditional payments and bitcoins and lightning payments could basically be a single click and make it easier for merchants to accept bitcoin alongside these traditional methods,” Blockstream engineer Christian Decker, who has joined the payment working group, commented. 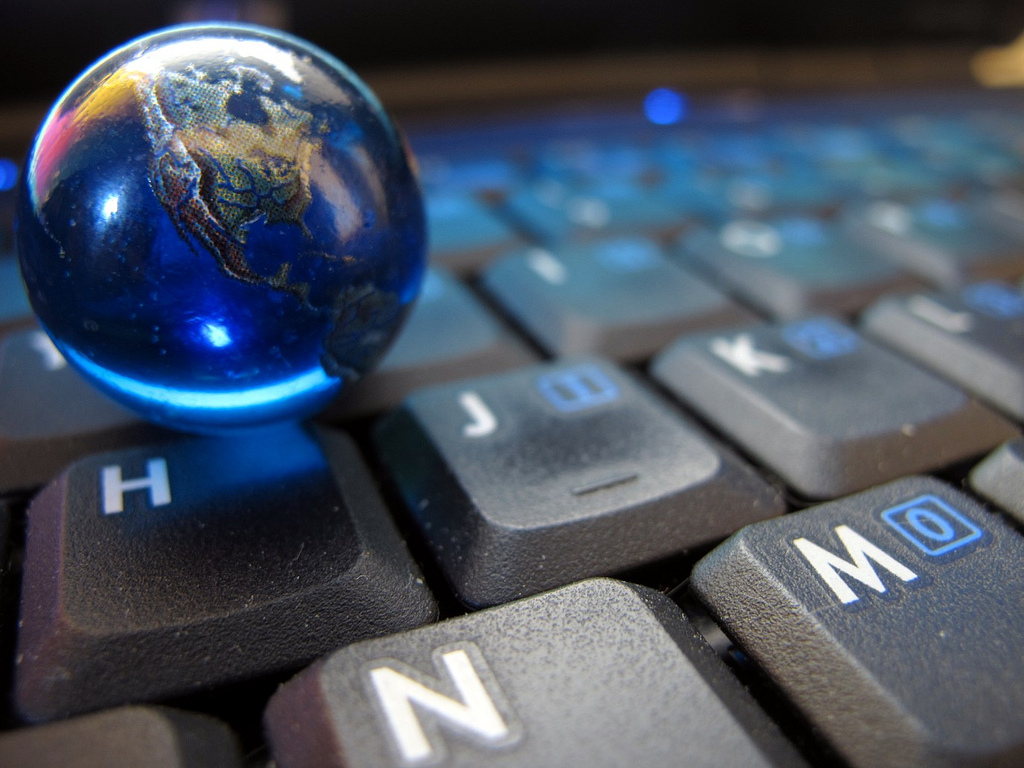 With Lightning integrated to all major browsers, Bitcoin revolution could be just a click away.

A somewhat popular cryptocurrency price tracker application, CoinTicker, has been found to contain malware. The malware was found by an an user of Malwarebytes, a popular security forum, and later confirmed by the cybersecurity software developer and another member of the forum 1vladimir.

CoinTicker can be downloaded to macOS. It acts like a real time tracker of different cryptocurrency prices. But behind this facade it also installs backdoors which a malicious hacker could use to take control of the target computer and even steal their cryptocurrencies.

“Although this functionality seems to be legitimate, the app is actually up to no good in the background, unbeknownst to the user. Without any signs of trouble, such as requests for authentication to root, there’s nothing to suggest to the user that anything is wrong,” a post on Malwarebytes explains.

According to an analysis by tech magazine Bleeping Computer, the tracker itself might have been developed to spread the malware. This acts as a stark reminder that even programs that seemingly work without problems might have hidden agenda behind them. Cryptocurrency users should consider carefully which programs or applications they download. 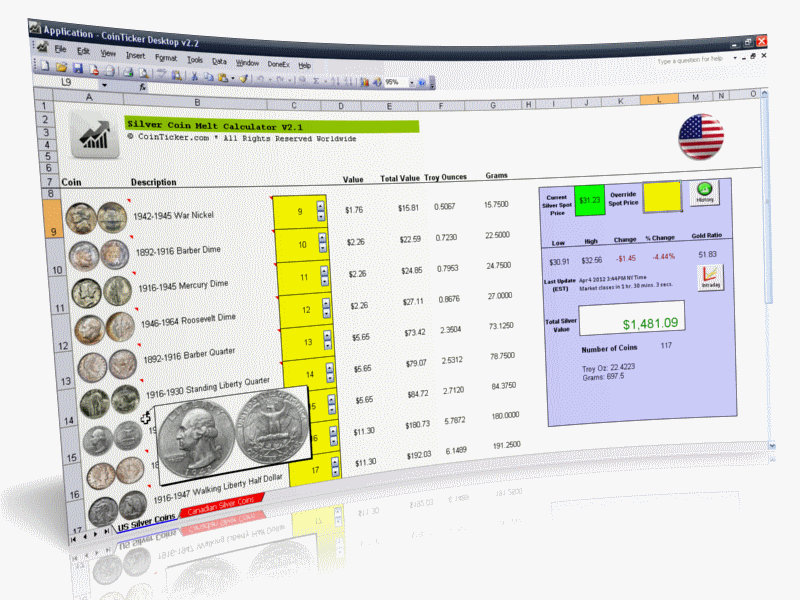 Though CoinTicker does what it claims to, it also gives keys of the computer to hackers.

Two Brazilian banks have reopened bank accounts for Bitcoin Max, a local cryptocurrency exchange. The banks were ordered to reopen the accounts by Brazil’s Federal District Court, or they’d be fined.

The banks Banco do Brasil and Santander had previously closed Bitcoin Max’s bank accounts, which they deemed risky. Banco de Brazil is even claimed to have withheld an amount of 32 300 dollars of exchange’s funds. Bitcoin Max filed a lawsuit against the banks for unfair practices.

According to CEO of Bitcoin Max, Adriano Zaniella, the banks hadn’t even given the exchange formal notice of the closure of their account. District Court judge Ann Catarino considered this lack of communication to be abusive conduct, prohibited by Brazil’s customer protection laws.

Brazil is not the only country where banks try to evade working with Bitcoin and cryptocurrency companies. Many countries have laws to protect consumers and demand fair business practices. Brazil’s case might not be the last of its kind.

Banco do Brasil is one of the largest banks in Brazil, and like many others, it has been taking actions against cryptocurrency companies.

One of the newcomers in the top 100 list of biggest cryptocurrencies by market cap, Revain, seems to actually offer an idea not many others have tried. Revain seeks to reinvent system of Internet reviews by utilizing the power of blockchain.

The reviews are published on blockchain, so they are fully transparent and cannot be edited or deleted. Users, exchanges and projects have the ability to reward quality reviews, which is purposed to weed out bad reviews. Revain also utilizes an automated ranking system which ranks projects based on their customer impression and popularity.

The idea is extremely simple, since blockchain works well in transferring small snippets of information (like online reviews and rankings). It has also the potential to make these reviews more trustworthy and even increase the cost of creating deliberately falseful reviews.

Needless to say: like most blockchain projects, Revain is still in its early stages of development. It is impossible to say how far it will fly. 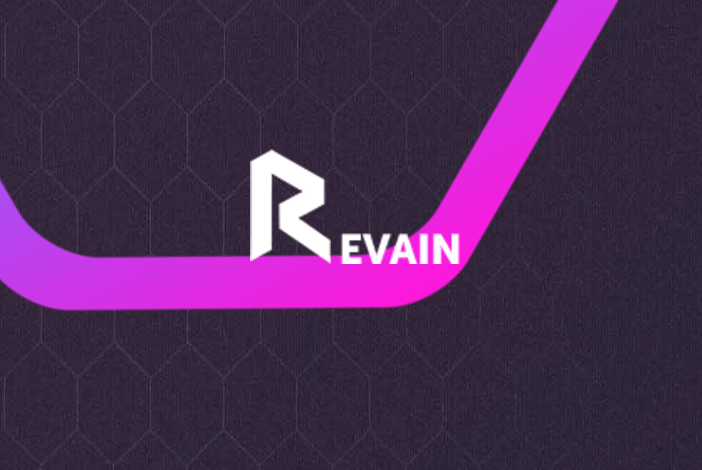 A Finnish author who has been writing about cryptocurrencies for over eight years.
0 Comments
Inline Feedbacks
View all comments
PrevPreviousNews Week 43 / 2018 : If You Want Money, Learn to Code Blockchain
NextNews Week 45 / 2018 : Blockchain Winter Could Be Coming – But Fear NotNext
Sign up