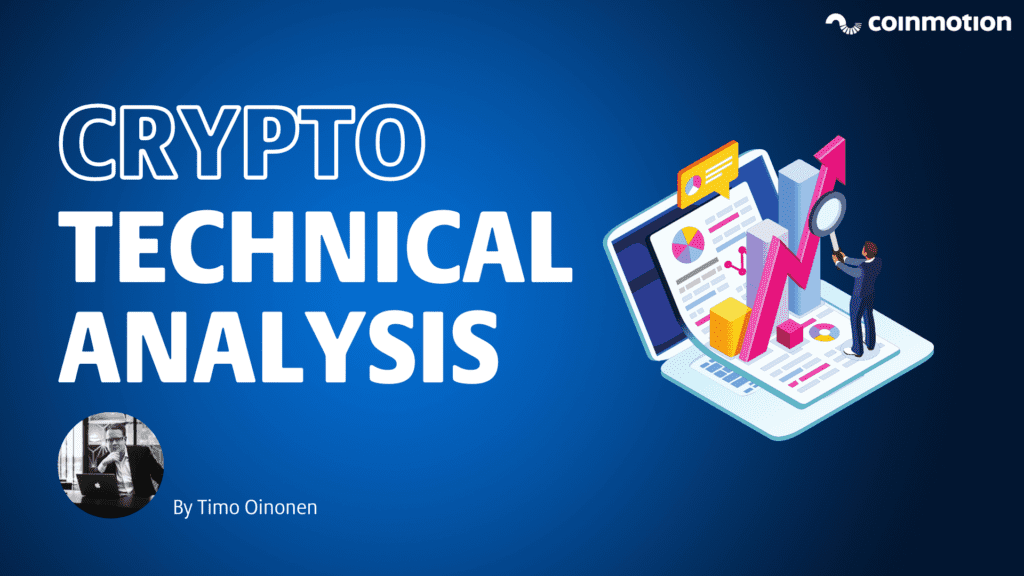 The TA for week 35 explores Puell Multiple under the surface and benchmarks the price performance of the most popular crypto assets.

Puell Multiple is an essential indicator that focuses on Bitcoin’s supply and mirrors the profitability of PoW mining. As we know, miners need to sell native bitcoin units in order to keep their operation running, Puell Multiple revolves around the mining revenue generation.

The Puell Multiple (PM) is calculated by dividing the daily issued bitcoins (in USD) by the 365D daily unit issuance moving average (MA). This gives us an indicator we’re usually benchmarking against bitcoin spot price BTCUSD. As a summary, the Puell Multiple pulls mining data and compares mining profitability now (per day) against over the whole year (365 MA).

The Puell Multiple can be used to form buy and sell zones in the following manner:

Sell zone: Puell Multiple between 4 and 10.

Interestingly the current Puell Multiple levels (1 – 1,5) are nowhere near April 2021 values (2 – 2,5) although the bitcoin spot price has almost fully recovered now. The divergence between PM and BTCUSD indicates that miners are likely holding, not selling, bitcoin and they are accumulating coins. BTCUSD would need to rise considerably higher before miners start to sell their reserves.

Bitcoin and altcoins have performed well from July to September as bitcoin has steadily climbed 41,97 percent during this timeframe. While Ethereum has climbed 72,69%, some altcoins have vastly outperformed BTC and ETH.

Sometimes called “digital silver”, the legacy altcoin Litecoin has a tendency to correlate with Bitcoin’s trajectory, this time with 47,06% gains.

UNI, the token of leading decentralized exchange Uniswap, ascended 48,56% within the same timeframe.

ADA, the native token of the Cardano network, climbed 114,20% in recent months. ADA has been hugely popular among new retail investors.

SOL, the native token of Solana, climbed an incredible 308,43% from July onwards. SOL is one of the most hyped digital assets this year and is backed by powerful institutional names like Alameda Research and FTX exchange.

DOT, the native token of sharded multi-chain architecture Polkadot network, has outperformed Ethereum since July while falling short of ADA and SOL.

Bitcoins 30-day volatility has been decreasing since June as bitcoin’s spot price has recovered. The 30-day volatility is currently on pre-correction levels. As our previous research shows, the current quarter three (Q3) is less volatile by historical data. Respectively the quarter four (Q4) is more volatile by default, usually including considerable updrafts.