Alisa Tciriulnikova is Content Editor at Prasos Ltd. She is an explorer curious about the future of cryptocurrencies, blockchain, and fintech. Alisa holds a MSc in Social Sciences from the University of Tampere (Finland) and is currently pursuing a PhD researching integration of PPP model into pension industry.
Share this article: 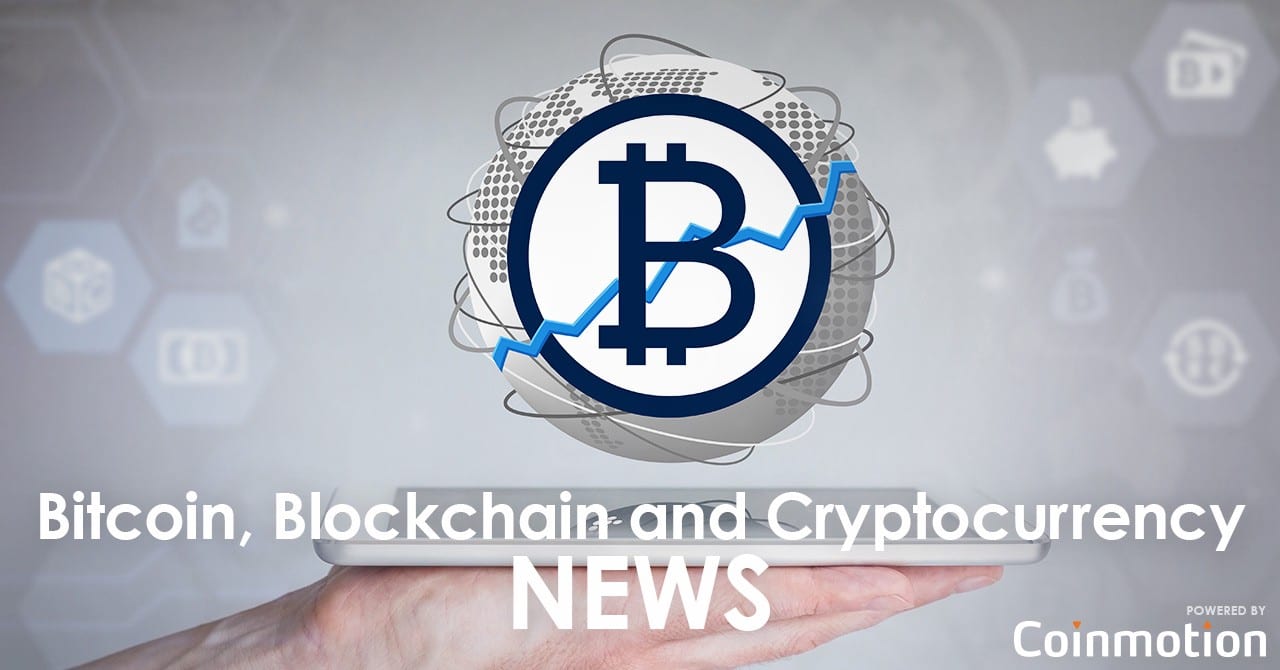 So what they said No?

Crypto community has been anticipating decision of the US Securities and Exchange Commission (SEC) regarding a proposal for the first-ever Bitcoin ETF with a bated breath. The SEC has been postponing the decision for years, but it couldn’t go on like that forever. On March 10 authority released the Order Disapproving a Proposed Rule Change along with the reasons behind this decision. It was stated that:

“The Commission believed that in order to meet the standard, an exchange that lists and trades shares of commodity-trust exchange-traded products (ETPs) must in addition to other applicable requirements, satisfy two requirements that are dispositive in this matter. First of all, the exchange must have surveillance sharing agreements with significant markets for trading the underlying commodity or derivatives of that commodity. And second, those markets must be regulated.”

The Commission believes that significant markets for Bitcoin are largely unregulated and that it might be a little bit too early to approve bitcoin ETPs. Cryptocurrency is still in the relatively early stages of its development, however, with time it is possible that regulated bitcoin-related markets of significant size will mature. In case such markets develop, the Commission could reconsider their decision based on the facts and circumstances presented. Many in crypto community actually were not that disappointed by the news, saying that they’d rather see Bitcoin maturing slowly but steadily, and of course embracing a quick opportunity to purchase bitcoins at a discounted price, as there was a drop to a low of $975 followed later by growth. If approved it would certainly mark a significant milestone in the history of Bitcoin. But even denied, it still marked a milestone. As noted by Charles Hoskinson, CEO of IOHK, it is just another reminder that Bitcoin cannot be controlled by anyone — the Wall Street, government officials, etc.

Following the ETF defeat, the Wall Street Journal called Bitcoin a useless investment. But is it really so? Referring to the data by Google Trends, entrepreneur, investor, trader and cryptocurrency evangelist Willy Woo, shared his observations that Bitcoin user numbers and investment double every 12 months. He wrote in his blog:

“What we have here is a steady exponential growth baseline with periodic peaks. These peaks are inline with price bubbles where more users start checking the price of their precious coins. Taking readings from the baseline results in an order of magnitude growth every 3.375 years. Or expressed in terms of time to double the user base it’s approximately 12 months.”

Woo predicts that we should expect capital injections into BTC to be similar for the years ahead. In terms of adoption he expects a classic S-shaped curve as a trend for Bitcoin, just like for other innovative technologies, such as radio, computers, and the Internet. He believes that we will reach 50% adoption in just 9 years. Indeed the bitcoin payments are gaining traction, its volatility is falling and the value is skyrocketed during the last months. There is a chance Bitcoin is turning into real currency. Data provided by BitPay, a payment processor that helps merchants accept Bitcoin payments, shows a significant increase in cryptocurrency payment volume. In December 2015 it has broke the funding records seeing over 200,000 payments processed amounting to approximately $160 mln. But that was in 2015, the figure has most certainly changed as the average payment amount has grown due to higher transaction fees. James Walpole, BitPay’s marketing manager says that the more valuable Bitcoin is becoming, the more it is used to pay for products and services. According to him, about a third of BitPay’s transactions are going to prepaid services like Neteller, Skrill, BitPay’s prepaid Visa card. Around 21% are going to gaming platforms, and 15% of transactions are linked to digital services like domain-name registrations. Walpole suggests that Bitcoin payment volumes rise due to maturation of cryptocurrency and its improving fundamentals. It is already used as a store of value, as a currency hedge and as a payment instrument for economies where the access to banking services is limited.

Reviewing trends, discussing pressing issues in the cryptocurrency world is important for its further development, as it allows defining strategies. On March 9th the event management company Smile-Expo hosted the first large Blockchain conference in Tallinn, Estonia. Blockchain & Bitcoin Conference is a series of Blockchain events that is planned to take place in several cities, including Moscow, Saint Petersburg, Kiev and Prague. The event in Tallinn focused on Estonian and foreign projects developing Blockchain and cryptocurrencies. A number of prominent industry experts, including Jon Matonis, Founding Director at Bitcoin Foundation, Kaspar Korjus, e-Residency Managing Director, Karolina Marzantowicz, Distinguished Engineer at Polish branch of IBM, Kaidi Ruusalepp, Founder of Funderbeam, shared their experience of implementing Blockchain technology solutions in governmental institutions, banking system, trading, media, healthcare and other fields. They discussed challenges of the new industry, including regulatory issues, trends in public recognition of cryptocurrencies, advantages and limitations of public and private blockchains, key players in the blockchain technology industry, and strategies that can be followed by consortiums. Participants expressed their strong belief that Blockchain technology will change the digital economy and called on financiers to open up to cooperation and partnership. One of the tasks of cryptocommunity here is to reveal all of the benefits of cryptocurrencies and blockchain technology to the customers, investors and regulators. It is a challenging process, however, it will only result in increasing convenience and safety for all parties involved. The conference was not all about discussions on a general level. Representatives from Emercoin, WageCan, OpenLedger, HashCoins, BitcoinChaser, Cryptopay presented their solutions that already work. Kaspar Korjus, head of e-Residency team, called Tallinn the home of digital society, noting that there is no better place for blockchain discussions than in Tallinn. He commented:

“Blockchain itself is nothing, it needs to be considered together with digital identity, legal environment, and efficient e-governance. Only then we will start to understand its real impact.”

The event became the largest one ever organized in the Baltic states, it is reported that it was attended by more than 250 guests from 20 different countries. The next round of Blockchain & Bitcoin Conference will take place in Moscow and Prague. Later on similar event will be hosted by the Ukrainian capital.

I remember at one Bitcoin-related conference I got to attend recently I overheard two cryptocurrency enthusiasts arguing which blockchain is cooler — the one of Bitcoin or Ethereum. Seems like the end to this confrontation is near, as a new hybrid blockchain Qtum, which combined the UTXO set of Bitcoin and the smart contracts of Ethereum, has just launched a crowdsale. The White Paper defines the main motivation behind Qtum:

“One of the primary goals of Qtum is to build the first UTXO-based smart-contract system with a proof-of-stake (PoS) consensus model. The latter means the creator of the next block is chosen based on the held wealth in cryptocurrency. Thus, blocks are usually forged, or minted instead of being mined, there are block rewards in addition to transaction fees and forgers receive a percentage of “interest” for the amount of funds they stake.”

Technically, Qtum is an open source Value Transfer Protocol combined with dapp (decentralized application) platform, which brings together the stability of the Bitcoin Core protocol and an enhanced version of the Ethereum Virtual Machine (EVM). Is it just another bitcoin fork with extension to the scripting language and yet another altcoin? Founders repel such criticism. Even being the most thoroughly tested blockchain code, Bitcoin is still limited in what it is able to do with its script language. On the other hand, Ethereum opens up possibilities for many use cases, but the source code is not as stable and secure. Therefore, Qtum will combine the best features of Bitcoin and Ethereum and is believed to allow maintaining compatibility with existing processes from Bitcoin and Ethereum while moving security to the next level. The team behind Qtum has not limited itself to one particular industry, hoping to build solutions extensible to a number of activities and industries, while also addressing existing blockchain ecosystem issues such as lack of business+oriented smart contracts, compatibility of different blockchain technologies, lack of flexibility consensus mechanisms, and business compliance requirements. Have gained a support from a prominent group of investors, PwC included, the Qtum platform is expected to launch this summer.

Two cities in China are testing cryptocurrency designed by PBoC

If there wasn’t anything about China in this post, it would be incomplete, right? China is certainly running the cryptocurrency show. While the People’s Bank of China is tightening regulations around Bitcoin, it is also developing their own digital currency. Two cities in China, Shenzen, a financial hub, and a Guiyang, the capital of province have recently embarked on testing the new alternative cryptocurrency. Renminbi (RMB), aka ChinaCoin, was designed by PBoC in partnership with other private and public entities to allow working with public and private entities more cohesively, while also assisting with oversight of the nation’s bank and discouraging financial crimes. So far RMB has been used to settle and clear transactions in the country’s interbank bond market, but it is possible that later on the range of applications for developed blockchain system could be extended for monetary policy. Announcement of a state cryptocurrency divided community in two parts. While some believe that RMB is highly beneficial due to its transparency and efficiency, others don’t rush into conclusions, as it will take a long time to build a complex infrastructure for this cryptocurrency to develop and prove its efficiency. Big believers say China will benefit greatly from adopting RMB, namely it will increase convenience of financial transactions while also increasing the level of financial privacy of Chinese citizens. Wasn’t the same said about Bitcoin? Indeed, digital renminbi and Bitcoin share many features, however RMB differs from Bitcoin in that it utilizes a permissioned ledger, meaning that only certain users can access certain parts of the system. PBoC has been ‘breeding’ RMB to monitor and control cash flow through the Chinese economy and prevent acts of money laundering and funding of terrorists. This certainly contradicts to the key idea behind Bitcoin: absolute freedom from a centralized control. Adoption of RMB into Chinese economy is hoped to give an advantage to the Chinese market on a global level. National cryptocurrency would be able to disrupt the antiquated payment protocols ACH and SWIFT, and eventually the main predecessor of all known cryptocurrencies, Bitcoin. PBoC is actually not the only central bank that is touching the waters and exploring the feasibility of its own digital currency. Reportedly, the Bank of England has been collaborating with the University College in London to develop a digital currency for central banks. The Bank of Canada has also been working on designing a blockchain-based version of a Canadian dollar. Writer: Alisa Tciriulnikova, Content Editor at Prasos Ltd Alisa Tciriulnikova is an explorer curious about the future of cryptocurrencies, blockchain, and fintech. Alisa holds a MSc in Social Sciences from the University of Tampere (Finland) and is currently pursuing a PhD researching integration of PPP model into pension industry.