Yesterday seven years ago, an enthusiast from Czech Republic Laszlo Hanyecz made the very first documented purchase of goods with Bitcoin – he transferred 10 000 BTC to his friend, who then ordered two pizzas. 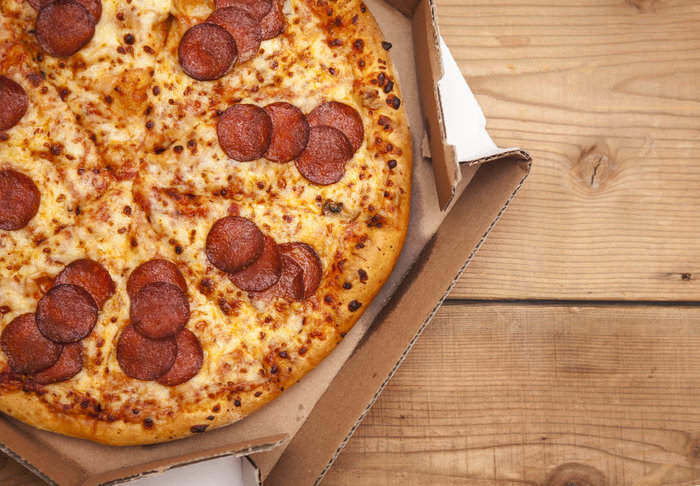 Since then every year bitcoin community members are consuming pizzas and calculating what would be the price of that purchase today. Year after year this index is increasing.

Bitcoin price has set a new record rising up to USD 2,150. Results of simple math manipulations demonstrate that two pizzas might be the most expensive so far – each would cost more than USD 10 million. Hanyecz says that he has no regrets of that purchase – he marked a history of cryptocurrencies.

Back in May 2010, 10 000 BTC were worth just USD50, and only because Hanyecz found a buyer. There were no exchanges and all transactions were direct peer-to-peer. Some of the early Bitcoin enthusiasts sold their crypto treasures for a few dozens of dollars, sometimes cents, but they were the ones pushing the philosophy of cryptocurrencies forward and laying the ground for today’s crypto economy.

Did you guys order  yourself a pizza to celebrate? Share your experience in comments.

It seems that nothing can stop Bitcoin growth in value, even the lack of certainty in regards with ongoing SegWit vs. BU debate. It is crazy, but only in the beginning of this year bitcoin passed the USD 1000 barrier!

There is a belief that what’s good for bitcoin is good for altcoins as well. It certainly does make sense, as last week a number of altcoins, including Ripple, Ethereum, NEM, Ethereum Classic, Stellar, Dash and Bitshares set their new all-time high. The picture looks good, doesn’t it? 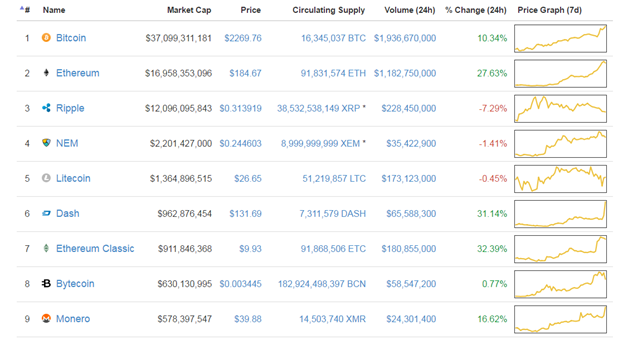 The future of cryptocurrencies looks even brighter when you see that banks and financial institutions are gradually moving away from paranoia about Bitcoin to the next stage – trying to understand what it is and how it works. Of course there will always be those who choose to impose restricting regulations or build their own private systems. There are a few players, however, who prefer to join the party, rather than have one on their own.

The Norwegian Skandianbanken is currently rolling out a new feature which allows their customers to integrate their Bitcoin wallets, checking the value of their holdings in BTC at the same time they access their bank accounts. Christoffer Hernaes, the Head of Innovation and Development at Skandianbanken told to E24 newsoutlet:

“We recognize that Bitcoin is something people want to put their money in, we think that this is a better approach rather than a radical thinking that this is scary.”

Although Skandianbanken is not the first one among global banks and financial institutions to keep an eye on decentralizing technologies and set to explore blockchain technology, it is certainly pioneering in such a direct integration with cryptocurrencies. The move was met with a great degree of enthusiasm from the Bitcoin community in Norway, which is anticipating further extension of functions and to trading Bitcoin through the bank platform.

Strict financial regulations, especially those addressing money-laundering, can hinder further integration of Bitcoin into operational framework of Skandianbanken. They require banks to know the origins of the money, while Bitcoin’s pseudo-anonymity keeps transactions in a shadowy area.

Banks are only starting to actually test the waters in the cryptocurrency space, but even these small steps look promising. We will certainly see more support for development of industry.

European E-retail giant Alza has started accepting Bitcoin and is planning to extend payment options to Ethereum and Litecoin. Founded in 1994, Alza is the largest online retailer in Czech Republic and Slovakia, with presence in 26 European countries. The move to introduce bitcoin payments comes in response to numerous requests from customers. The new payment option is already available on the website. In addition, Alza installed Bitcoin ATMs in two of its showrooms in Prague and in Bratislava, which can be used for buying bitcoin for crowns and euros as well as selling it.

Introducing payments in bitcoins retailers are supporting the growing popularity of cryptocurrency and its potential.

Alisa Tciriulnikova is Content Editor at Prasos Ltd. She is an explorer curious about the future of cryptocurrencies, blockchain, and fintech. Alisa holds a MSc in Social Sciences from the University of Tampere (Finland) and is currently pursuing a PhD researching integration of PPP model into pension industry.
0 Comments
Inline Feedbacks
View all comments
PrevPreviousBitcoin, Blockchain and Cryptocurrency news – Week 19/2017
NextBitcoin, Blockchain and Cryptocurrency news – Week 21/2017Next
Sign up