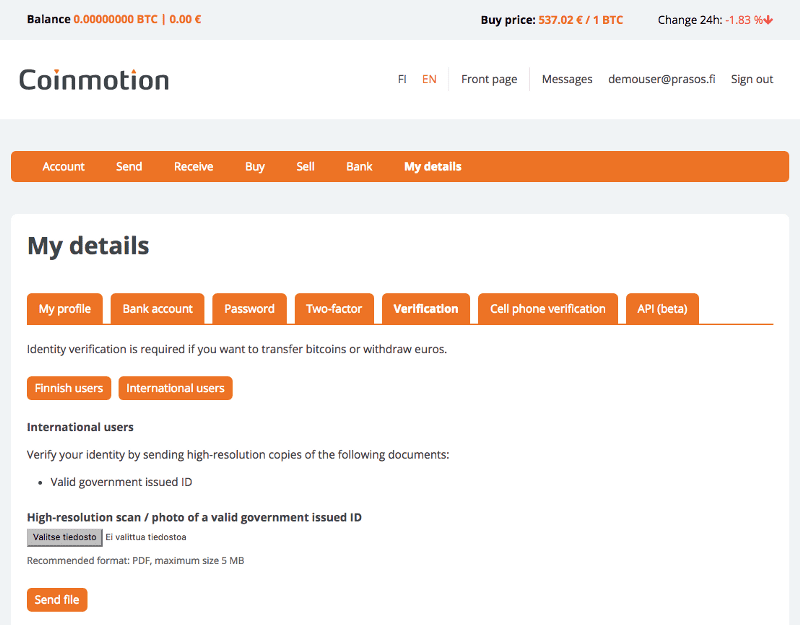 Russia to create its own cryptocurrency – Cryptoruble

Bitcoin came out as a promise of a universal currency that does not correlate with the stock markets and is absolutely free from any country’s political decisions. This provided a huge advantage in times of political and economic uncertainty.

At some point, however, we have witnessed an interesting trend with a new generation of cryptocurrencies popping up with the focus on the totally opposite goal – to build a money system solving problems of specific countries.

For instance, in February 2014, we saw the launch of Auroracoin, an alternative currency created to address the government’s regulation of Iceland’s krona that has been in place since 2008, which severely restricted the flow of the currency outside of the country.

A few other currencies followed in Auroracoin’s footsteps, promising a revolution in the finance industry. The Scottish National Party last year called on the government to start experimenting with cryptocurrencies, claiming that it could be a way for Scotland to reduce its reliance on the pound. Then there was Gaelcoin  and Greececoin….

Some expressed an opinion that regional cryptocurrencies could actually make a contribution into greater familiarization with blockchain technology, but generally community remained skeptical about these initiatives.

It seems we are now witnessing a come back to these ideas. The news about Sberbank, the biggest Russian bank, collaborating with the country’s Central Bank to develop Russian national cryptocurrency came from the ongoing International Economic Forum in St. Petersburg. 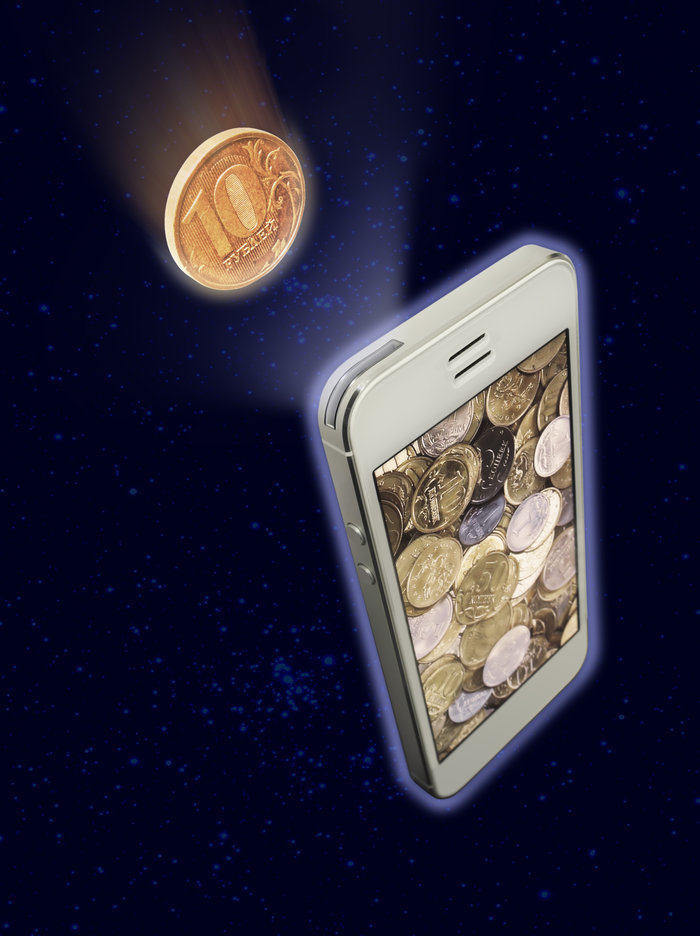 As local media reported, the Cryptoruble or the so-called “Russian Bitcoin” will use Sberbank as its base and will be the only cryptocurrency freely available for sale and purchase in the country, while other cryptocurrencies will only be available through exchanges or trading platforms.

This is not the first time we hear about attempts to create Russian cryptocurrency. In the Autumn 2015, country’s payment system Qiwi launched Bitruble, which was met with the high degree of skepticism from experts and regulators, including Central Bank and national investigating committee.

“We are certainly going to see the national cryptocurrency launched, we have already started working on it.”

She emphasized that many countries are now exploring and developing secure national cryptocurrency, or have already launched one. Last Autumn she stated that it would take three to four months for the Central Bank to develop a solid strategy for regulation of cryptocurrencies, and two to three years to explore upsides and downsides of cryptocurrencies.

Speaking of cryptocurrency development strategies, seemingly there was an agreement established at Consensus 2017 held in New York almost two weeks ago, which would result in enabling SegWit proposal for Bitcoin scaling, effective immediately, and a hard fork increasing the block size limit to 2 MB.

The protocol proposes a user-activated soft fork on August 1, followed by a 2MB hard fork which will lock in six months later. A proposal initiated by Silbert was previously met with a huge criticism from Bitcoin Core developers, who emphasized that it would be highly unrealistic to execute the decision before the expiration of the old deployment. Besides, the fact that the decision was made behind closed doors raised additional concerns.

Even though two proposals look quite similar, the new proposal includes more radical changes – it shifts the responsibility for activation of SegWit from miners to nodes, increasing the risk of underhand dealings during the voting and requires cancellation of previous rules and conditions, generally ignoring the consensus reached in New York.

Blockchain technology, first appeared as a solution to some of the problems in financial and banking industries has spread across other industries triggering a new paradigm shift, a birth of new business models and modes of partnership. Technology is still in its infancy, and the more we learn about it, the more questions and concerns arise. What is the best way to unveil its full potential and push the current limits of its development and adoption?

It seems that gathering up into consortiums has been very trendy lately. No week passes without an announcement about global financial companies or tech giants joining existing consortium or forming one of its own. This week, announcement of this kind came from Spain. 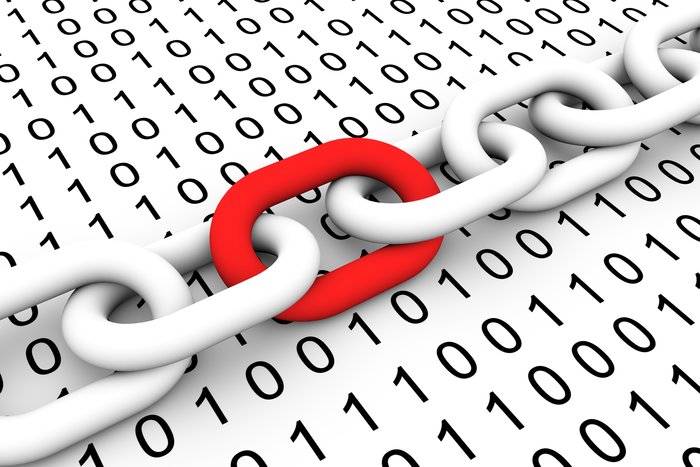 The consortium will focus efforts tackling a multi-sector strategy across the projects they are currently working on. The first project of consortium will focus on the development of a digital identification system which can be safely shared between all members of the network and comply with requirements set by Spanish regulators.

Since the system will be developed using smart contracts, it is of particular importance for the consortium to have law firms and legal experts among its members.

A week before, a group of regional Spanish banks have gathered aiming to get a deeper understanding of the technology and its application, although there haven’t been any announcements about potential development of services or platforms on top of blockchain technology.

These two announcements, as well as the fact that Madrid has hosted a Digital Currency Summit on May 31, featuring a number of prominent experts from Banco Sabadell, Banco Santander, BBVA, a number of law firms and universities, are a clear indication that country’s getting into global blockchain race.

Is there another, perhaps more efficient, approach towards studying Blockchain?

Gathering into consortiums and forming startup accelerators can be viewed as one way towards developing Blockchain into a functional industry. However, would it be more efficient if approached with a consistency and depth that of academic research?

A week ago at Genesis Moscow Conference, Sasha Ivanov, Founder and CEO of Waves platform, and Dmitry Faller, Researcher at the Russian Academy of Sciences, have announced the launch of Blockchain Institute, which also comprises its own Research and Development Laboratory, and the Grand Fund to Support the research conducted by Institute’s project teams.

Founders of Blockchain institute emphasize that it is established as a response to the need of time and a growing demand for high-quality studies on Blockchain technology. They are motivated to make a contribution to the development of Blockchain technology and facilitate its practical application through building a network of experienced researchers and developers. As noted by Faller:

“Technology is not isolated, it is integrated into our lives, daily activities, it should not be viewed as a separate and independent phenomenon, it is carrying a certain social mission, it triggers substantial changes in the society. The institute will become the center of expertise available for everyone – businesses, regulators, partnering projects, and community as a whole.”

Located in Moscow Blockchain Institute has already established connections with top Moscow universities, and Russian Academy of Sciences, and is striving to direct talents from strong Russian mathematical school into the path of Blockchain and let them drive the development of technology further. Founders of the Institute also emphasize that the Institute will collaborate with existing Blockchain consortiums, institutes, laboratories and research centers, and attract researchers and developers not only from Russia, but from around the world.

Alisa Tciriulnikova is Content Editor at Prasos Ltd. She is an explorer curious about the future of cryptocurrencies, blockchain, and fintech. Alisa holds a MSc in Social Sciences from the University of Tampere (Finland) and is currently pursuing a PhD researching integration of PPP model into pension industry.
0 Comments
Inline Feedbacks
View all comments
PrevPreviousCoinmotion API – Instructions
NextBitcoin, Blockchain and Cryptocurrency news – Week 23/2017Next
Sign up