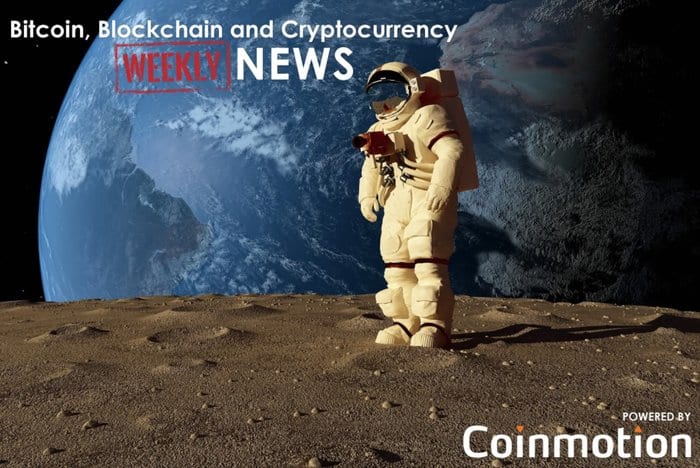 The highlight of the week is perhaps the record broken in the ICO space. A week before the anniversary of the attack on The DAO, which once possessed more than USD150 million, Bancor project managed to attract an astonishing funding volume making it the second-largest fundraising campaign in the Blockchain industry.

The project enables creation of smart tokens holding one or more tokens or cryptocurrencies in reserve and allowing any party to purchase or liquidate them instantly and directly with no involvement of any third party. According to developers, transaction fees are defined by smart contract and calculated in real-time by the formulae which is balancing purchase and sales volumes. Bancor has already released an alpha version which is available in the Ethereum testnet.

While the product definitely seems to be important for development of Etherium in general, the we saw at the end of ICO are somewhat too much…

It seems that the ICO bubble continues to grow. As shared by Pavel Kravchenko, founder of Distributed Lab, in his post on Facebook, it is not unlikely that the bubble will burst. It might happen due to an attack on the exchange, bug in the smart contract (which has been among regular events in the Ethereum network recently), congestion on the network, startup founders running away with money, or regulators’ moves to find a way to cure the ongoing ICO fever.

Kravchenko believes that 99% of ICOs are not going to deliver any results. In an interview with Forklog, he said:

“It is no different from startup space in general. Why blockchain industry should be different? I kind of feel that the level of responsibility for collected funds is even lower here. Startups which successfully completed an ICO consider it an exit. They are attracting interest of developers, teach them using investors’ money, and when the bubble bursts and the disappointment fades away, these people are going to build the next generation of startups, more grounded, from the business logic perspective.”

Given the ICO craziness, cryptocurrency market should be on the rise, however, this week on Thursday we have witnessed the opposite – the top 10 cryptocurrencies by market capitalization were all in steep periods of decline, eight of them saw declines of more than 10%.

Bitcoin, the safe haven of all cryptocurrencies, dropped by 15% retreating to its lowest total since May 31.

The overall market dropped by around USD6 billions in a matter of a few hours – from a total of USD 106 billion, to USD 99,3 billion.Digital tokens sold during ICOs and running on Ethereum blockchain saw significant declines as well. For instance, tokens powering prediction market Gnosis and web browser Brave dropped by more than 20%.

Speculation is quite high at the moment, let’s brace for more declines.

In the last couple of months, XBT Provider’s exchange traded bitcoin note has seen unprecedented trading volume increase from both retail and institutional investors.
Products like the one provided by XBT allow investors to get an access to cryptocurrency markets without the need to purchase cryptocurrency and hold it in hot wallets. According to the company’s safety policy, the largest part of cryptocurrency is held in the cold storage, while some of the coins are allocated in exchange platforms or multi-signature hot wallets.

Partnership with Xapo is considered a major step on the way to ensuring that XBT products hold the position of the most reliable and professional bitcoin investment products offered globally.
Earlier this month XBT opened up for the UK investors, following numerous requests from users of the country’s largest retail trading platform Hargreaves Lansdown.

The European Commission has announced the launch of a new blockchain research project which will be focusing on exploration of non-financial applications of technology.
The #Blockchain4EU: Blockchain for Industrial Transformations will run until February 2018 supervised by two EC executive arms – the Directorate-General for Internal Market, Industry, Entrepreneurship and SMEs and the Joint Research Center.

According to the blog post, which announced the project, its key objective is to identify, discuss and communicate possible uses and impacts of Blockchain and other DLT objects, networks and services within EU industrial or business contexts, from supply chains and assets monitoring, to intellectual property rights and authentication or certification. The main outputs are expected to contribute to exploration of future sociotechnical scenarios of production, distribution and use, and assets risks and opportunities for development and uptake, with the key focus being placed on SMEs and on innovation and competitiveness.

Earlier this year, the European Commission has announced a dedication of €500K for a pilot project seeking to improve institutional knowledge of blockchain, the amount was further extended in February.

The Dubai officials have established a partnership with British startup ObjectTech to work on the safety mechanisms at UAE’s main international airport. Guess what? The blockchain technology is in the center of these developments.

ObjectTech has been working with the of Immigration and Visas Department to install biometric tunnels that scan people’s faces as they walk to the baggage claim. Comes as a solution to the time consuming process of manual documents verification.

The systems currently being developed combines biometric and blockchain technologies: passengers go through the biometric border walkway which takes a 3D scan of people’s faces and compares the data with their digital passports using facial recognition software.

Blockchain technology integrated here gives the control for individuals’ personal data back to their hands, as they can monitor how their information is updated and who has an access to it.
The project is a part of Dubai’s special governmental program “Dubai Future Accelerators” which aims at expanding partnerships between government and tech startups to secure leading positions of UAE in terms of provision of social well being of individuals

The pilot is expected to be launched later this year. Reportedly, Australia has schedule testing of quite similar passport control system for March 2019.

Alisa Tciriulnikova is Content Editor at Prasos Ltd. She is an explorer curious about the future of cryptocurrencies, blockchain, and fintech. Alisa holds a MSc in Social Sciences from the University of Tampere (Finland) and is currently pursuing a PhD researching integration of PPP model into pension industry.
0 Comments
Inline Feedbacks
View all comments
PrevPreviousBitcoin, Blockchain and Cryptocurrency news – Week 23/2017
NextBitcoin, Blockchain and Cryptocurrency news – Week 26/2017Next
Sign up