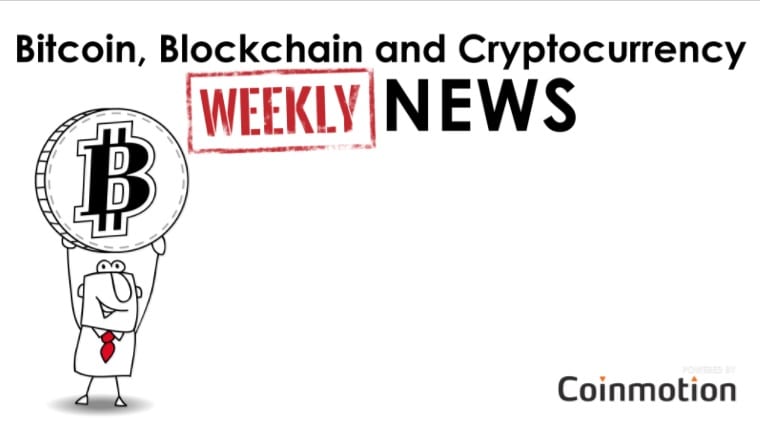 How easy do you think it is to buy bitcoins nowadays? Well, some might say, it might be not that easy actually. Registering for an exchange can be quite complicated and time-consuming. A friend of mine just recently decided to sign up for one cryptocurrency exchange to buy some bitcoins (fearing to miss out on the current boom). So, after sending scans of his ID, printing, signing and scanning a contract to verify his identity, he was asked for more – to take a selfie holding his ID with his personal account on the exchange platform opened on the background. A selfie. Holding ID. With the personal account on the background. And everything should be clear. Security, identity verification – I get that, but can it be even more difficult?

Well, at least for residents in Austria, the process of buying bitcoins will soon get easier, as around 1800 Austrian post offices will start providing a new service allowing users to convert Euros to Bitcoin and Ethereum.

The trial is a result of collaboration between Austrian post service and BitPanda. Users will be able to purchase preferred cryptocurrency through 50 EUR, 100 EUR, or 500 EUR vouchers with a specific code to be redeemed on the BitPanda website.

An interesting initiative, which certainly has a potential to facilitate the process of acceptance of cryptocurrencies.

Do you think there service will see a high demand?

Still thinking whether you should buy bitcoin? The answer might have just come to you from the US Congress sitting.

While Federal Reserve Chair Janet Yellen was giving her remarks on the state of the US economy before the congressmen yesterday, one attendee raised a hand-drawn sign saying ‘Buy bitcoin’.

CNBC´s Steve Kopack tweeted the screen capture of the moment, which then was shared by many users. As was reported by the Wall Street Journal, the individual who held up the sign was later escorted from the room by the staffer.

Back in 2014 Yellen told the Congress that the Federal Reserve doesn’t have an authority to supervise or regulate bitcoin, however, she finds the blockchain technology underpinning cryptocurrency to be very important.

Under Yellen´s leadership, the Federal Reserve has actually published a few reports exploring applications of the technology in payments and transaction settlement.

While Bitcoin community is busy discussing the testnet fork, Ethereum community seems to be flurried by another incident. Apparently, someone acting under the name of Vitalik Buterin, is sending out messages containing an urgent announcement for network users. According to the message, Ethereum network has been experiencing some errors which resulted in the need to fork smart contracts. The message also contained the link for unlocking users’ wallets.

Real Vitalik Buterin also received a message from the fake Vitalik Buterin and rushed to urge the community to ignore these announcements and by no means click on any links. Later on, he also recalled another piece of news reporting on the death of Vitalik Buterin in a car crash. 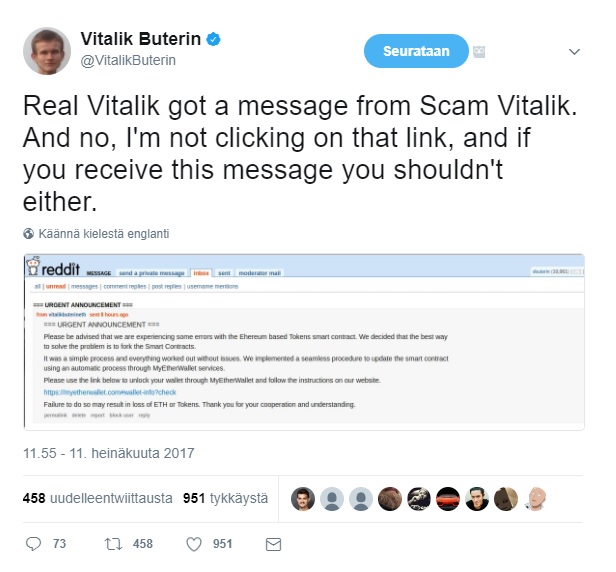 Bitcoin will be included in the approved list of technologies used for making payments across the South Korean border.

Obtaining a permit will be possible for fintech companies which have a paid-in capital of more than 2 billion won (USD 1,75 million), as well as a debt-to-equity ratio of below 200 percent. According to the rules, a one-off transfer through an agent will be limited to USD 3000. In case a person has an account, an annual limit for international transfers will be USD20 000.

New regulations are expected to increase the competition on the financial services market, namely it will challenge traditional banks to improve their services, as new players will be entering the market offering faster services and at a lower fees. For instance, for an international transfer of 1 million won, a bank normally charges 50 000 to 60 000 won, while sending money abroad through fintech agents would cost less.

South Korean banks sense the increasing competition and take action. A few of them already significantly reduced transaction fees setting limits, while others go further and consider introduction of their own Bitcoin-based money transfer services.

News coming from Switzerland – private bank Falcon has become the first one in the country to allow its clients diversifying their investment portfolios with bitcoin. Reportedly, seeing the increasing value of cryptocurrency, bank decided to partner with Bitcoin Suisse to offer such an option to its clients. Beside launching the service, it has also installed a bitcoin ATM in the headquarters in Zurich.

Blockchain technology which underpins the cryptocurrency, has always been perceived with a certain degree of scepticism by banks and mainstream financial institutions, sometimes seen as a rival to the traditional way financial system is organized.

Besides, pseudo-anonymity is what raised additional concerns about the wider use of digital currencies.Yes, moving money can be faster, transaction costs are lower, the system is overall rather transparent, but tracking the identity of a trader is a challenging task.

For that Falcon is going to deploy a strict KYC protocols to circumvent identity issues.
The role of Bitcoin Suisse is pretty clear in this partnership – it will provide the underlying infrastructure for Falcon. With the support of the former, as well as other companies including Melonport, Falcon is going to provide encrypted digital currency asset management services.
Clearly regulators are easing the situation. The Swiss Financial Market Supervisory Authority has been trying its best for the last few years to reduce entry barriers for fintech startups, and this last decision just gave the green light for banks to offer crypto-assets management to their clients directly.

Alisa Tciriulnikova is Content Editor at Prasos Ltd. She is an explorer curious about the future of cryptocurrencies, blockchain, and fintech. Alisa holds a MSc in Social Sciences from the University of Tampere (Finland) and is currently pursuing a PhD researching integration of PPP model into pension industry.
0 Comments
Inline Feedbacks
View all comments
PrevPreviousBitcoin, Blockchain and Cryptocurrency news – Week 27/2017
NextAnnouncement regarding the “Bitcoin Cash” hard forkNext
Sign up