Earlier this week, Bitcoin price has reached its new all-time high at $1,567 and is now steadily moving closer to $1,600. Generally the upward trend is supported by an increasing demand in the South Korean and Japanese markets. Basically, the majority of Bitcoin is currently traded in Japan, which has recently officially recognized Bitcoin as a form of payment.

Interestingly, as the cryptocurrency price is rising, the spread among exchanges are widening. Thus, Coinmarketcap currently shows the price at $1604, while on Bitfinex Bitcoin is traded at $1,625,  and for instance Japan’s cryptocurrency exchange Coincheck has listed a trading price at $1,597. While Bitfinex’s banking problems are said to be affecting its trading price, the developments are certainly sparking fears of wider crackdowns on exchanges.

Bilur pegged to oil aims to rival with Bitcoin (this could be a poem:))

Cryptocurrency called Bilur was created by London-based financial services company R fintech is said to be using technology behind Bitcoin, while also attempting to offer an alternative for investors cautious of the rollercoaster fluctuations experienced by cryptocurrencies.

Texas-based oil company Hockley has reportedly set aside 1 million barrels of crude serving as a collateral to peg the new currency, thus valuing 1 bilur as equivalent to 6.5 barrels of Brent crude oil ($356).

Bilur, just like Bitcoin, is powered by blockchain technology, is not controlled by any central entity, and maintained by the community. Amid suggestions that there is a chance Bitcoin could be undermined by its volatility, bilur was created as an alternative currency still carrying precious features of control-free currency, but supported by a fixed asset. Bitcoin appealed to investors for its being not tied to any traditional currency or assets, how successful bilur will become remain to be seen. 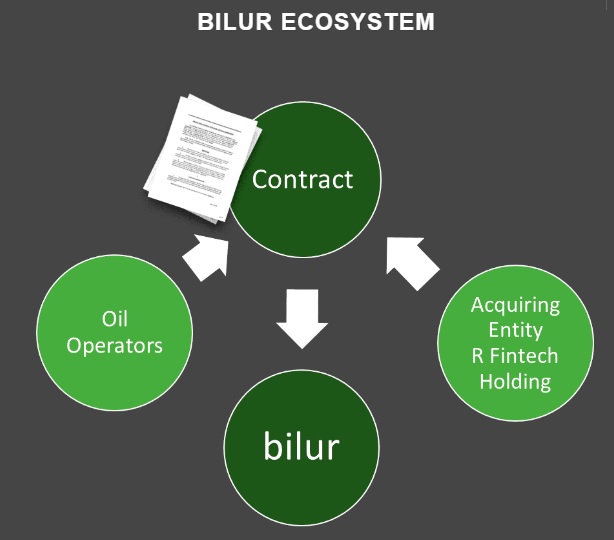 On Thursday night Ethereum price reached $100, its all-time high. A friend of mine recalled how a year ago he was recommending buying ETH while the price was at $11 per token, everyone was just laughing. Well, who is laughing now? Gaining a momentum at three digits figure, ETH price has certainly fulfilled investors’ hopes.

Ethereum market cap currently stands at $9,048,918,158 with a trading volume of $395,568,000. Within the last 25 hours ETH price has increased for approximately 25%, it is indeed impressive, especially considering that the price per token in the beginning of this year was standing at $8 per token. The positive trend is believed to be happening mainly due to increasing interest in Ethereum among developers. Basically it becomes the most popular platform for launching ICOs, as well as being actively deployed by corporates who are building their own private blockchains on top of Ethereum. Well, Ethereum is certainly to see further expansion making investors shedding tears of joy. Reportedly, Vitalik Buterin, Co-Founder of Ethereum, has just recently moved to Singapore, the biggest fintech hub in Asia, which is known for its very innovations-friendly environment and liberal regulations.

Australia to work on cryptocurrency regulations

Funny how the overall attitude of regulators towards cryptocurrencies has changed over the last few years from absolute denial and attempts to ban it, towards embracing and nurturing it. Nations are competing now for the right to pioneer in development of cryptocurrency regulations. Last week, Malta has announced that it is to develop a national strategy for promotion of Bitcoin and Blockchain. This week, it was reported that Australia is considering development of regulation policies foe the local digital currency space. Thus, it is planning to extend coverage of anti-money laundering and counter-terrorism legislation on cryptocurrency exchanges.

It was last year when Australia’s financial intelligence agency called for the government to look closer into digital currency industry and start developing new legislation addressing the industry, or update existing laws. The Government looked into the issue and decided to commit to facilitating innovation and growth of the cryptocurrency industry through considering appropriate regulations.  In the beginning, as pointed in the official review , the country is to follow the approach previously deployed by the US, UK and Canada, which implies extension of existing anti-money laundering regulations to include cryptocurrency exchanges. It is believed to encourage innovation and investment while ensuring that everyone involved in the industry have greater certainty and security.

Alisa Tciriulnikova is Content Editor at Prasos Ltd. She is an explorer curious about the future of cryptocurrencies, blockchain, and fintech. Alisa holds a MSc in Social Sciences from the University of Tampere (Finland) and is currently pursuing a PhD researching integration of PPP model into pension industry.
0 Comments
Inline Feedbacks
View all comments
PrevPreviousBitcoin, Blockchain and Cryptocurrency news – Week 17/2017
NextBitcoin, Blockchain and Cryptocurrency news – Week 19/2017Next
Sign up