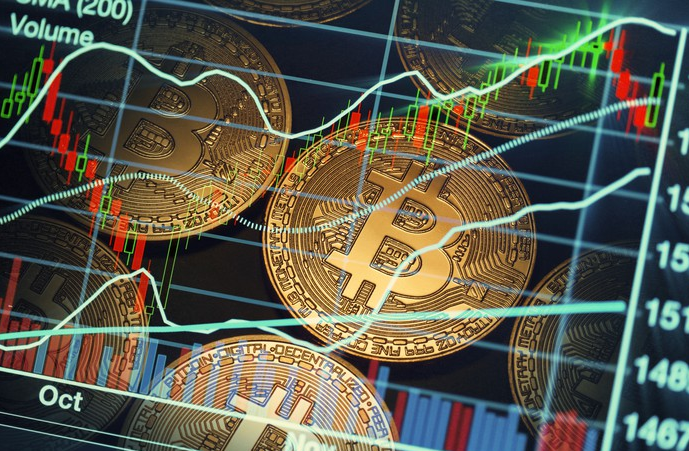 Bitcoin has risen back toward the threshold of $10 000 dollars. Regardless of what analysts speculate about upcoming bull or bear markets, the big B seems to be doing quite fine. If its growth continues, Bitcoin is likely to surpass payment giant PayPal already this year. Visa and Mastercard also lie behind the horizon within a decade.

This week we will discuss Bitcoin’s enormous transaction volume among other things. Additionally we have thrilling criminal cases – crypto extortions and bitcoin-stealing malware. Naturally we will also give simple advice on how to protect oneself from the newest tricks of hackers and other crypto crooks.

In further news we have the latest trials and tribulations of Libra, having once again failed to convince politicians. Facebook’s flagship project still has a lot of ragged sails to repair if it intends to be launched by 2020 like the company plans.

Over $11 trillion transferred with Bitcoin

If the growth continues as such, Bitcoin is likely to surpass PayPal’s annual transfer amounts within a couple months. In 2018 PayPal was used to transfer roughly $578 trillion dollars.

Data analysis company DataLight has earlier estimated that Bitcoin may overtake the transaction amounts of Visa and Mastercard by 2029. The growth of Bitcoin’s use and transfer amounts is significantly higher than these two leading payment giants. If Bitcoin continues to grow exponentially, it is possible this shift may happen even sooner.

“In just 10 years, Bitcoin has managed to compete with the leaders of the payment system industry. Bitcoin’s development is occurring exponentially,” Datalight reported.

Facebook’s founder and CEO Mark Zuckerberg has been questioned in a hearing by the United States House of Representatives. Reportedly lasting over six hours, the hearing focused on Facebook’s planned Libra currency.

Zuckerberg was questioned  by members of Congress about Facebook’s earlier actions among other things. Facebook has shown earlier recklessness toward its users’ privacy by collecting a vast amount of personal data from unknowing users. Facebook has also profited from selling this user data to companies.

The main concern among politicians seems to be that Facebook would use Libra in a similar irresponsible way. Zuckerberg, however, assured that Libra would not be published before it meets all judicial requirements. Earlier Facebook has announced intentions to launch Libra by 2020.

The hearing seems to have done little to convince U.S. politicians that Facebook would be a responsible party to create its own currency. It is likely that the political battle over Libra will continue for some time. In turn it remains highly uncertain if Libra will be launched in 2020.

U.S. crypto owners have doubled in a year

Australian financial services company Finder has conducted a survey for over 2 000 United States citizens regarding cryptocurrency use. The results reveal that the number of Americans owning cryptocurrencies has doubled in the past year.

According to Finder the United States had 36.5 million cryptocurrency owners in 2019. This equates to approximately 14.4% of all Americans. In 2018 only an estimated 7.95% of Americans owned crypto.

On average Americans owned roughly $5 447 dollars worth of crypto. A majority of three fourths, however, owned much less with a median ownership of only $360 dollars. 55.4% of bitcoin owners also reported owning more than one cryptocurrency.

Men were about twice as likely to own cryptocurrencies than women. Roughly 19% of American men owned crypto, while the number for women was only 10%.

Cryptocurrency extortion operations have become notably easier than before, according to an academic study. The Austrian Technology Institute and data security company GoSecure studied spam emails and noticed that current extortion methods are very easy to execute and generally highly profitable for hackers.

Many modern crypto extortionists use botnets to send emails to millions of potential victims. The emails often claim that the hacker has sexual or other compromising information on the victim. The emails also threaten to distribute the information unless the victim pays a ransom in cryptocurrencies.

Most of these claims, however, seem to be groundless. The researchers studied the popular Necurs botnet used in 80 extortion campaigns and at least 4.3 million ransom letters. In almost all cases the hackers had no real incriminating information on the victims.

According to the researchers renting an effective botnet costs hackers around $10 000 dollars per month. Many hackers have been able to steal up to $130 000 dollars in the same time through extortions.

Monero and Zcash gain use among criminals

Monero and Zcash are alternative cryptocurrencies primarily focused on user anonymity. Bitcoin’s blockchain and transactions are open, meaning anyone can see how bitcoins move in the blockchain. In the case of Monero and Zcash this is much harder.

While the media has associated Bitcoin with criminal activity since its first days, the finance ministry points out that criminals continue to mainly use fiat currencies and cash. While the use of anonymous cryptocurrencies is growing, traditional money remains by far the most popular method for crime.

Software security company ESET has warned of a dangerous bitcoin-stealing malware found in the popular Tor Browser used for anonymous browsing. According to the researchers the infected version may have stayed hidden for years before being discovered.

According to ESET at least 4.8 bitcoins worth of cryptocurrencies have been stolen. In fiat currency this means roughly $40 000 dollars. However, ESET warns the real sum may be notably higher since the malware could have operated hidden for many years.

The malware has been mainly targeting Russian users and popular marketplaces in the Tor network. A user unacquainted with the technology is unlikely to even notice the difference between the infected and official Tor Browser.

Nonetheless, avoiding the malware is relatively easy. Users primarily need to keep their data security in check with virus protection and different updates. If a user wants to download the Tor Browser, it’s good to do so from the official page after confirming the address is correct. Cryptocurrencies should also not be sent to unknown addresses without verifying their real owner.

Cryptocurrency enthusiast who has several years of experience about using cryptocurrencies and writing about them.
PrevPreviousThere are only 3 million new bitcoins left – Weekly news 42/2019
NextBitcoin market trend report Q3/2019Next
Sign up