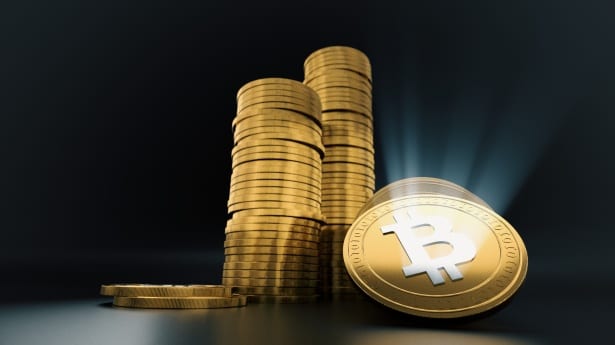 Traditional fiat money has always been plagued by inflation. States and central banks can print new money on a whim whenever they want to finance their own projects. For normal consumers this inflation is a hidden tax in which each new euro or dollar decreases the value of all previously existing money.

In Bitcoin this problem does not exist. Its creator Satoshi Nakamoto wanted to develop a decentralised deflationary currency immune to manipulation. Bitcoin’s coded maximum supply of 21 million units can never be exceeded. Now there are already 18 million bitcoins in the world, and this scarcity makes Bitcoin a superior safe haven despite temporary price fluctuations.

This week we will take a look at Bitcoin’s aforementioned scarcity and upcoming block reward halving. Additionally we have a reminder that Bitcoin is poorly suited for criminality, as proven by the recent arrest of a child abuse ring. Despite being used for illegal means, Bitcoin actually helps catch criminals and save children.

In other news we have satoshi in the Oxford dictionary, audio file hackers, German distrust for Libra and Russian crypto censorship.

The entry defines satoshi as “the smallest monetary unit in the Bitcoin digital payment system, equal to one hundred millionth of a bitcoin.”

Words added to the Oxford dictionary are permanent, meaning they can never be erased. Therefore its publisher Oxford University Press is very strict about which words and terms to add, requiring years of established use.

The word “Bitcoin” was added to the dictionary in 2014. The entry defines Bitcoin as “a type of digital currency in which a record of transactions is maintained and new units of currency are generated by the computational solution of mathematical problems, and which operates independently of a central bank.”

According to the U.S. Department of Justice the site’s content ranked it as the world’s largest forum for child abuse. So far the investigation has led to at least 23 saved victims. There are charged suspects at least in the United States, Canada, Great Britain, South Korea, Germany, Saudi Arabia, United Arab Emirates, Czech Republic, Ireland, Spain, Brazil and Australia.

One factor aiding the investigation was Bitcoin’s open and unchangeable blockchain. Using blockchain analysis authorities have been able to trace transactions and localize criminals better than what would be possible with traditional currency. Instead of enabling criminality, Bitcoin played a role in saving children and catching criminals.

Last Friday marked the 18 000 000th bitcoin ever mined. This means there are only 3 million more bitcoins left to be mined. After this new bitcoins will never again be born.

In addition to this significant milestone we are also approaching the next block reward halving. Block reward halving means that miners who mine new blocks will only be rewarded with half the amount of new bitcoins compared to before.

Block reward halving events take place approximately every four years. Right now the block reward is 12.5 bitcoins per block. After the next halving in May the reward will decrease to 6.25 bitcoins, making bitcoin scarcer than gold.

Historically block reward halvings have been followed by heavy price rises due to bitcoin’s decreasing supply. The last bitcoins will be mined around the year 2140, after which miners will receive rewards purely as bitcoin transaction fees.

By analyzing files researchers found they included hidden code which made infected computers mine cryptocurrencies for hackers much like other so called “cryptojacking” attacks. Some codes even allowed access to the victim’s computer.

The discovery highlights old information security tricks: never download any files with content you don’t entirely trust. These WAV files are unlikely to remain the only new aces hidden up hackers’ sleeves, so it’s good to be wary. Unwary users may lose computation power to hackers, or at worst even their computer’s content including cryptocurrencies.

Most Germans do not trust Libra

The German financial publication Wirtschaftswoche and Creditplus Bank AG have conducted a joint survey about the interest for Libra. The survey included roughly 2 000 German citizens.

Only 27% reported they were ready to consider using Libra for international payments. A whopping 73% reported they would completely reject Libra from the start. 42% of those stated distrust in Facebook as a reason for their rejection. The remaining 31% in turn said they only trust national fiat currencies.

The resistance for Libra is higher among older age groups. 85% of people aged 55 or older said they would have absolutely no use for Facebook’s digital currency. Libra found most supporters among 22-34-year-olds, of whom 42% reported they could consider using it.

Russia has begun blocking access to the Bitcoin news site Cointelegraph. Roskomnadzor, the Russian Federal Service for Supervision of Communications, began actively censoring the site on the 16th of October, as reported by an anonymous Russian anti-censorship activist.

The censure is an extention to Russia’s general crusade against sites advocating cryptocurrencies and anonymous communication. Russia has earlier censored Bitcoin site bitcoin.org as well as employment service LinkedIn.

Last year Roskomnadzor blocked 20 million Russian IP addresses in an attempt to prevent use of the encrypted messaging app Telegram. However, according to experts these attempts were mostly unsuccessful.

It is likely Russia will continue to expand its censorship against Bitcoin and other crypto-related sites. At the same time it is likely that Russian freedom activists will develop increasingly better ways to bypass these restrictions in an escalating censorship war.

Cryptocurrency enthusiast who has several years of experience about using cryptocurrencies and writing about them.
PrevPreviousWill you wait for wealth before investing or already start today?
NextBitcoin challenges payment giants – Weekly news 43/2019Next
Sign up