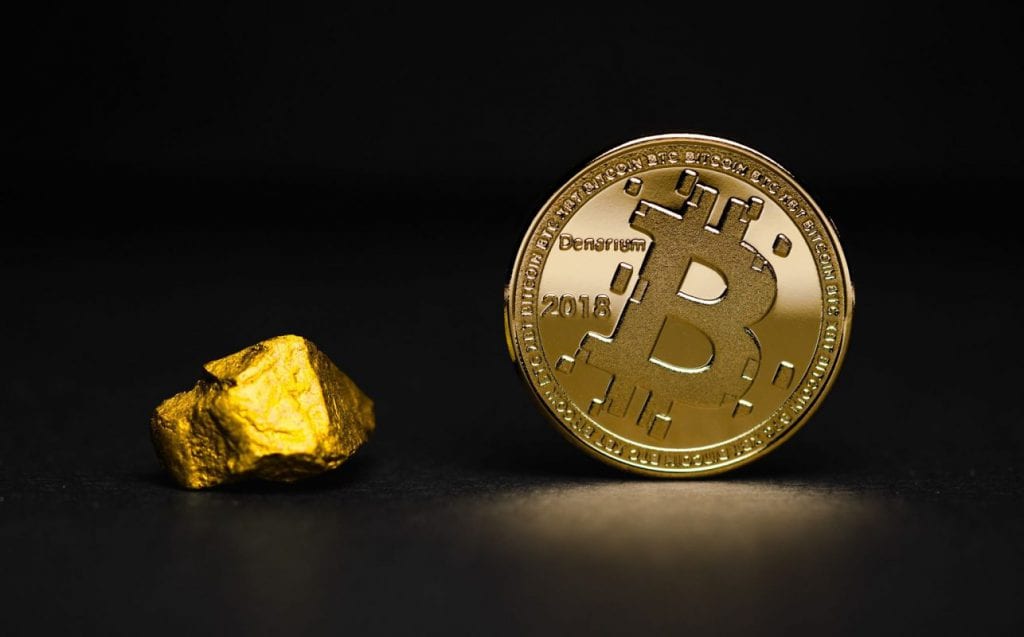 Almost every time you read cryptocurrency news something fresh and interesting pops up. This shows that we are truly living exceptional times and witnessing at least some kind of breakthrough.

This week we learned that Venezuela of all countries has become the first to accept official payments with bitcoins. At this point bitcoin can only be used for passport payments, but sooner or later the list can also include other official payments such as taxes. While Venezuela is not the best example of a functional economy, it is likely other countries will more or less follow in adopting bitcoin use.

Among other significant news we have bitcoin’s steadfast success. During the first half of the past year the cryptocurrency has fared excellently compared to the most common precious metals, including gold. Meanwhile Bloomberg predicts bitcoin will see heavy price rise in the near future.

The first half of the past year has in many ways been financially difficult and unpredictable. The COVID-19 pandemic has sent the world economy into a spiral and cast a dark shadow over the future. Traditionally safe havens such as gold have fared relatively well under such times.

However, gold has fared notably worse than bitcoin during the first half of the year. Bitcoin in turn has prospered with its value rising as much as 27% during the time period. Meanwhile gold only rose 16%, meaning 11% weaker than bitcoin.

Silver and platinum in turn fared much worse than gold or bitcoin. The price of silver sank roughly half a percent, while platinum prices plummeted nearly 16%.

By maintaining its position and even rising in comparison to other investments, bitcoin and gold have proved their efficiency as financial safe havens.

”Like bitcoin, gold is a scarce commodity whose value is derived almost entirely from its monetary premium,” commented Messari crypto analyst Ryan Watkins.

The Venezuelan immigration authority SAIME has silently started accepting bitcoin as payment for the passports of certain citizens. The information was originally leaked on Reddit and later on Twitter. Crypto news site Cointelegraph has thereafter managed to verify the news.

“I have just verified it personally and it is totally true. The Venezuelan immigration service is accepting bitcoin for payments to renew or extend passports,” reported Twitter user BTCLovera.

Venezuelans can already use the country’s own Petro cryptocurrency as payment for passports. Before crypto the Venezuelan national currency bolivar was the only way to pay for passports.

At this point BTC payments are possible only for Venezuelan citizens living abroad. It is also unclear how long the payment option has been in use. Based on the leak credit card payments may also be possible in the future.

Financial publication Bloomberg has published a review of bitcoin’s future during the upcoming year. Bloomberg’s report states that the situation is excellent for bitcoin, whose price could rise up to $12 000 dollars in the short term.

The report states that Bitcoin’s features, such as the decreased post-halving supply and growing number of active addresses creates enormous potential for upcoming price rise. The report also states that Bitcoin has the same benefits as gold, in addition to which it provides the superior possibility of storing information digitally.

The researchers behind the report noted that Bitcoin’s current situation reminds of earlier times preceding heavy bull markets. They also observed that bitcoin’s volatility has decreased notably, which may indicate the cryptocurrency is evolving from a speculative investment toward true digital gold.

Young crypto users are badly prepared for their death

A majority of young crypto users barely have any plans for what happens to their crypto assets in case they die. The results are based on a survey to crypto users by the Cremation Institute.

According to the survey, most crypto users are worried over the fate of their posthumous assets. Despite this they have no functional ways to pass on or control them. Cremation Institute believes this is due to a lack of crypto testament services and unclear national regulation.

89% of respondents told they at least on some level wonder how their crypto could be passed on to family and friends. Not a single respondent stated they were not worried over the matter.

Crypto figure Brock Pierce has announced his participation in the United States’ presidential elections. Pierce filed himself as an independent candidate to the Federal Election Commission on Monday.

Pierce is known among other things as the founder of blockchain project Block.One as well as the developer of the EOS crypto token. He also took part in the founding of Tether.

The current US president Donald Trump has earlier expressed a negative or even hostile stance against bitcoin. He has reportedly called the cryptocurrency a scam and money backed by nothing, and even tried to use the Department of the Treasury to take measures against bitcoin.

Due to the US electoral system and culture, Pierce’s realistic chances of winning are quite low. Despite this he can bring forth political questions ignored by other candidates, such as Internet privacy and crypto-related matters.

Expert says China’s cryptocurrency is made against the dollar

The digital yuan currency developed by the central bank of China is apparently directed more against the US dollar than bitcoin, analyzes veteran investor Matthew Graham. Graham has made a long career as an investment banker in China and is the CEO of Sino Global Capital in Beijing.

Graham believes the purpose of the digital yuan is specifically to weaken the dollar’s position in the global world economy. This can be done especially with technologies superior to the current dollar-driven system.

”It’s 2020 and we have transactions that take three days to clear and that are far more expensive than they should be. All of these technologies that underpin much of the USD-centric global economy are really showing their age. So that’s a big opportunity for China,” Graham commented in a conference.

According to Graham the digital yuan uses many of the same technological innovations as Bitcoin and blockchain. However, instead of being based on a public ledger it will remain under the complete control of China’s central bank.

Cryptocurrency enthusiast who has several years of experience about using cryptocurrencies and writing about them.
0 Comments
Inline Feedbacks
View all comments
PrevPreviousGladstone Ganders – Why some investors are luckier than you
NextCrypto scammers hacked Twitter – Weekly news 28/2020Next
Sign up