Cryptocurrency enthusiast who has several years of experience about using cryptocurrencies and writing about them.
Share this article: 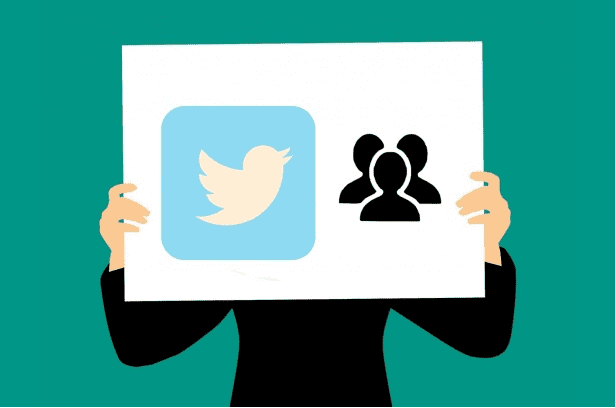 Welcome back to another recap of a very weird week. Social media giant Twitter witnessed its biggest hack in history, as crypto scammers were able to access several high-profile accounts and use them for deceitful purposes. It’s not every day you see the accounts of Barack Obama or Joe Biden promoting fake Bitcoin giveaways.

This week we will talk more about this unprecedented attack against Twitter. And since crypto scams and hacks seem to dominate the headlines, we also have other related news. A new study shows that despite an increasing number of crypto extortions, their success rate has decreased as users are now more aware and educated about the matter. Meanwhile Bitcoin’s hash rate has reached an all-time record, making the network safer than ever.

The hacked accounts were used to send false messages, in which they claimed to offer free bitcoins to anyone “confirming” their address by sending bitcoins to wallets controlled by the hackers.

According to Twitter, the perpetrators used coordinated social engineering attacks and managed to access the admin panels of Twitter employees. The platform is currently investigating the attack and has also reportedly limited access to internal systems and tools exploited in the hack.

Following the attack Twitter’s stock plunged 2.5% within 15 minutes. Prices have since continued declining and are around $35 dollars at the time of writing.

While monetary motives seem to be the primary reason behind the attack, it is possible an attack of this extent also had other purposes. Twitter has promised to share more information as their investigations progress.

In recent weeks rumors about PayPal’s upcoming Bitcoin integration have been spreading. Initially reported by internal sources, the news have now been confirmed as PayPal has sent an official letter to the European Commission.

In the letter PayPal reveals they have taken concrete steps to develop crypto-related features for the service. At the same time the payment giant has also stated they have no intentions of joining Facebook’s questionable crypto project Libra.

While a clearer schedule is yet to be announced, it seems likely PayPal will soon introduce direct access to Bitcoin and cryptocurrencies through the service. PayPal also hopes European legislators would not introduce regulatory decisions which would weaken the innovation and development of the sector.

According to PeckShield’s report, these exchanges have seen a total of 13 927 transfers from addresses listed as “high-risk”. This means that the addresses are more than likely associated with criminal activity and connected to darknet marketplaces or hackers.

A total of 147 000 bitcoins have been moved in these transfers. In dollars this would amount to roughly $1.4 billion. Transactions in Binance, Huobi and OKEx form around 60% of all the suspected illicit transfers.

Most of these transactions have been routed through mixing services, whereby their tracing is difficult despite Bitcoin’s open blockchain. PeckShield believes that exchanges will in the future improve methods to monitor potentially criminal transactions.

The Bitcoin network’s hash rate, or computing power, has reached a new record. On the 13th of July the network’s hash rate peaked at 147.88 exahash. This marks twice as much as a year ago and more than 10 times more compared to 2017, when bitcoin’s price reached its all-time record and rose close to $20 000 dollars a piece.

Bitcoin users seem to have learned to understand the tricks of hackers and scammers. A new report by Emisoft, a company studying malware, states that successful crypto extortions have decreased significantly during the past year.

According to the report, scammers managed to execute 966 noteworthy crypto extortions last year. In turn the first half of this year has seen only 128 crypto extortions with profitable results. The decline is notable, since the total of amount of attempts has increased as a result of the COVID-19 crisis.

Crypto extortions generally refer to ransomware attacks, in which the hacker manages to plant malware in the targeted computer system. After this the extortionist will demand a certain amount of bitcoins or other cryptocurrencies in order to unlock the encrypted data.

However, there is no guarantee that crypto extortionists will unlock the data even if the demanded ransom is paid. Therefore it is highly encouraged not to submit to payments, since successful extortions only serve as an incentive to continue and replicate the attacks.

It is also easy to protect oneself against ransomware attacks by keeping one’s data security in check and making backups for the data. In this case the data can be restored even if the hacker would succeed in planting malware in its target.