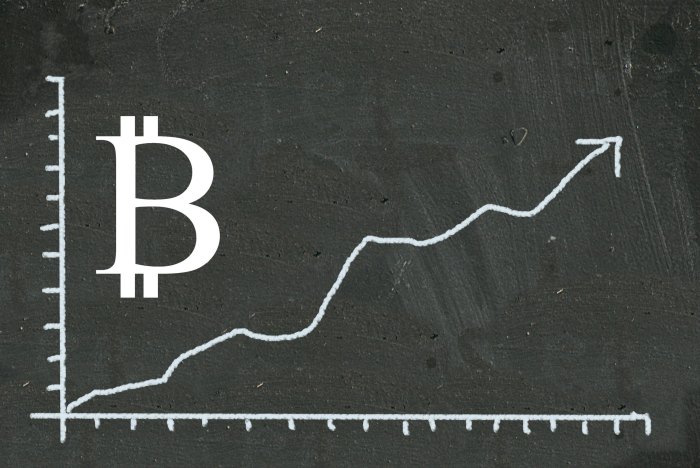 Bitcoin price has had a rollercoaster ride since the beginning of this year. After a month of weakening following the rejection of Winklevoss ETF proposal, it is heading back towards its all-time highs. The price is now crawling to the $1,250 barrier, as the CoinMarketCap data shows a sustained upward trends for Bitcoin against a recent backdrop of altcoin volatility.

Poloniex, which recently decided to delist 17 altcoins, is indicating a price per Bitcoin of over $1,300. This decision, still kind of mysterious, is believed to result in an en mass moving of altcoin funds into Bitcoin, which will certainly have certain implications on the price of the latter.

There have been a few predictions expressed lately that the digital currency space will continue its upward trend. Thus, Billionaire investor Mike Novogratz, who claims to be holding ten percent of his net worth in Bitcoin and Ether, predicts that the price of Bitcoin could increase to as high as $2,000. Bobby Lee, CEO and Co-Founder at BTCC predicted that the Bitcoin price could increase to between $5,000 and $11,000 by 2020. Sharing this optimistic attitude, should one go and buy Bitcoin before it’s too late? No wonder, early investors are celebrating – seeing Bitcoin price increasing from around $50 to $1,270 during all these years is priceless.

How to reconcile banks and Bitcoin

There’s an opinion that banks hate Bitcoin, but are kind of curious about technology underpinning it. Well, there is a chance they might finally get comfortable with the former. This week, Elliptic, a provider of Bitcoin blockchain intelligence, has announced its partnership with Silvergate Bank based in California, aimed at providing an analysis and forecasting of possible fraudulent activities on Bitcoin blockchain.

According to Elliptic’s prior observations, banks working with Bitcoin companies could not be fully aware of how efficiently they were handling the risk associated with Bitcoin transactions. Basically, they had to rely on the word of honor of exchange platforms or whoever was handling the transaction. Collaboration with Silvergate Bank allowed working on the program for a complex assessment of potential Bitcoin-related businesses. The platform is working in a similar way to Elliptic’s other anti-money laundering tools and screen every bitcoin transaction for linkages to suspicious activities giving a certain risk score. The tool enables banks detecting suspicious Bitcoin activities reducing any possible risks which might emerge working with Bitcoin exchanges, and eventually clearing up the industry from malicious actors.

It is certainly to become a huge step forward in terms of developing the industry standard, ensuring compliance, improving the level of risk mitigation, and eventually expanding partnerships between banks and Bitcoin-related businesses.

Here is another example of cryptocurrency business and banks building a peace. Bitwage, the bitcoin payroll and wage payment service provider has collaborated with banks and pushed through a few major upgrades to its system. Company has launched the “Same Day Delivery” feature, and the “Bitwage Authenticator”, a secure time-limited one-time password functionality that syncs user accounts through the Bitwage mobile applications, which is said to provide more security than typical 2-factor passcodes delivered by SMS.

Besides that the most recent update concerned the integration of International Bank Account Numbers (IBANs) for users receiving wages in the European Union (EU).

With the launch of unique IBANs, EU users are offered to deposit their wages into any wallet of their choice, which was not an option before. Besides, as explained by Bitwage, unique IBANs solve a problem of deposit claims. When payments contain ambiguous information, e.g. an address that does not closely match the employee’s records, the payment will no longer be redirected to Bitwage’s claims, which before required users to upload personal information to prove that the funds belonged to them, resulting in significant delays.

Getting salary in Bitcoin is nothing new or extraordinary anymore, and bitcoin payroll services are at the very heart of the cryptocurrency adoption. Also our clients in Finland have been able contract these services through Bittiraha.fi several years! Now Bitcoin payroll services are gaining more traction in the EU, and market players are working hard on further improvements of their services, often opening up for collaboration with banks. Just to let them see that Bitcoin is not that scary after all.

Regulators are slowly but steadily trying to find a way to address cryptocurrencies with a variety of approaches ranging across different countries. International bodies are often playing important roles in identifying and discussing the risks  of cryptocurrencies, and possible regulatory policies.

This week, the International Monetary Fund has held the first-ever meeting of its High Level Advisory Group on Fintech, discussing the economic and regulatory consequences of blockchain implementation in the financial sector. The event chaired by the IMF managing director Christine Lagarde, featured some senior-level executives in the blockchain industry, including Jeremy Allaire, CEO of Circle, Ryan Zagone, director of regulatory relations at Ripple, Chris Church, chief business development officer at Digital Asset, Long Chen, Chief Strategy Officer of Alibaba’s Ant Financial Services, and others. While the first part of the meeting was private, the panel which followed was live-streamed by the IMF and Tweeted.

In the beginning of this year, the IMF has published an extensive report on virtual currencies and the blockchain technology, which was also presented by Christine Lagarde at the World Economic Forum. The report provided an overview of the current state of virtual currencies, aspects of their functioning, and the way they fit into monetary systems, both domestically and internationally. The paper concludes that the distributed ledger concept has the potential to change financial systems by reducing costs and enabling deeper financial inclusion in the longer run. The challenge, however, is to find a way to reap all these benefits at the same time preventing illegal uses, such as money laundering, terror financing, fraud, and circumvention of capital controls, the report reads.

Speaking of the policy responses to risks represented by cryptocurrencies, so far we have seen warnings to consumers, imposing licensing requirements, prohibitive measures, absolute banning of the use of cryptocurrencies, etc. As emphasized by the IMF it is important that national authorities calibrate their regulations in a manner that appropriately addresses risks, but not stiffs the innovation.

This week we’ve heard the Minister of Justice urging to tighten up a grip on cryptocurrencies. Koen Geens believes that they are used by terrorists, criminals, and drug dealers, therefore any companies handling transactions or related to cryptocurrencies in other ways should be under strict control by the government bodies.

The Minister suggested expanding current banking regulations to Bitcoin middlemen (exchange platforms, wallets, etc,) and enacting a new set of legislation addressing the cryptocurrencies space to avoid money laundering. Nothing too radical, really, as it is true that Belgian legal system, just like many others, does not define the concept of a cryptocurrency and has no legal framework to address any cases involving cryptocurrency transactions. Proposing now to give cryptocurrencies a legal status would actually be beneficial for everyone in the industry.

So far there have been two cases in the country when digital currency was used for illegal activities. These cases triggered cooperation between the Central Office for Confiscation, specialized Police Departments, General Board of Prosecutors and Ministry of Finance aimed at developing legal procedures for regulating bitcoin and alike.