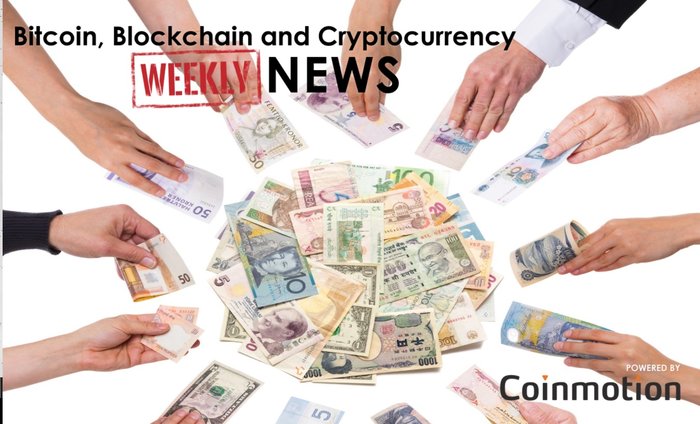 Another week, another record!

This last week Bitcoin price set a new record. Feels like a deja vu, doesn’t it?

This time it has topped $3000, but the overall phenomenon is rather interesting, not to say surprising.

There is a massive congestion on blockchain which results in rising transaction fees and increasing settlement periods. Besides, the future of Bitcoin network is uncertain, given the lack of consensus over the scaling issue. But the price of cryptocurrency is stubborn in its growth. Why? There is an opinion, that it might be a result of a huge speculation. Bitcoin has been making headlines recently. It even managed to beat Justin Bieber in Google searches. Funny coincidence, but the story of growth of Bitcoin is rather similar to the one of Justin Bieber’s.

Some say, however, that the reason lies in general confidence of investors and strong belief that the decision agreed upon in New York a few weeks ago will finally be realized showing positive effect on the cryptocurrency. We are still waiting for that to happen. 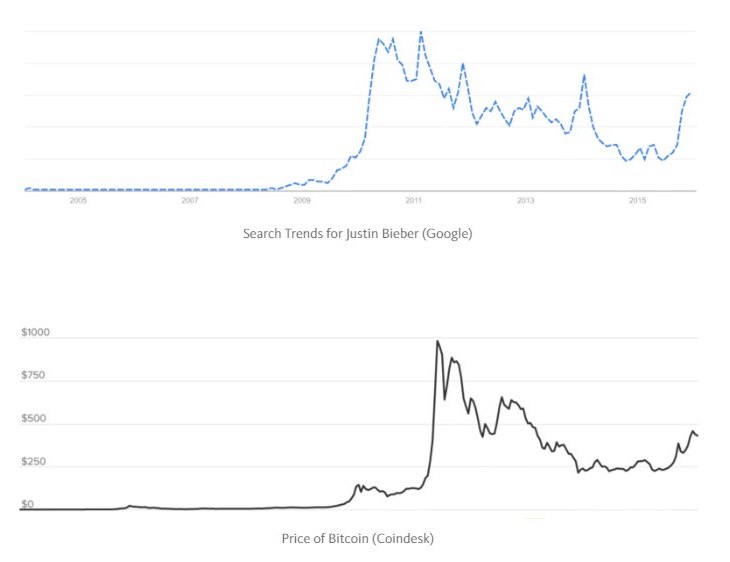 A Degree in Blockchain could boost one’s career

Bitcoin was considered a joke some time ago, it is not anymore. A cat statue in Shanghai, China, with different world currencies, now has the Bitcoin symbol which was placed among the fiat currencies of the world.

One couldn’t imagine the level of popularity the technology behind bitcoin would soon gain. It has grown into a large industry inhabited with all sorts of players, having its own rules, intentions and strategies. What started as a toy for a bunch of hackers managed to attract interest of global financial corporations and big politicians. 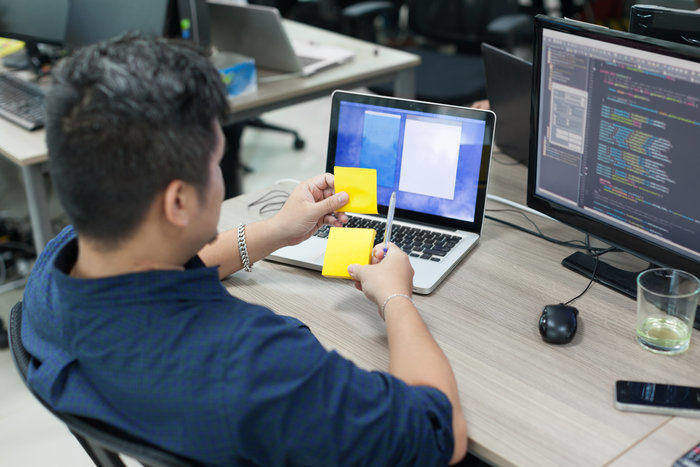 Everyone seems to be looking for blockchain programmers – fintech startups, consultancy firms, legacy financial institutions, banks, state agencies. Many job search platforms are overloaded with listings targeted at blockchain developer. Companies like Fujitsu, Toyota, Intel, Santander, UBS, Barclays and others are searching high and low for distributed ledger engineers, and it doesn’t seem to be the easiest task. The former chief information officer at UBS and founder of Bussmann Advisory shared with Financial Times his approximate estimate that there are no more than 20,000 people worldwide expertising in blockchain technology. The demand for this kind of talent is high, which is why experts possessing desired programming and coding knowledge and skills “cost” a lot. Professionals of this rank can easily make between £200,000 and £300,000 for an annual salary, as estimated by Bussmann. More than justified, as many of the job openings in the industry are very technically advanced and require solid understanding of most codebases, cloud infrastructure, machine learning, often topped with background in the field where technology is being incorporated. Cryptoeconomy matures driving a demand for this type of multidisciplinary talents, is it time to go for a Degree in blockchain? I’ve heard University of Nicosia is offering one.

Nvidia and AMD to make both gamers and miners happy

Speaking of demand, cryptocurrency mining movement has inspired GPU manufacturers Nvidia and AMD to start working on cheaper, stripped-down crypto-specific graphics cards. Following bitcoin’s ongoing adventure to the moon, the shortage of graphics cards in the gaming market is becoming more and more significant. AMD reports their GPUs being sold-out at major US retailers, while Nvidia is almost there seeing an increasing demand from cryptocurrency mining markets.

Corporations are determined to address this with a release of GPUs specifically designed for bitcoin mining at reduced costs due to lower specifications compared to GPUs used for gaming, which is currently being prepared.

According to Digitimes, manufacturers decided to remove HDMI and/or Display ports from hardware specifically designed for mining, and reduce 90-day warranty periods due to more intense use. The lesson was learnt during the mining boom in 2013 when miners camp sold their heavily-used graphics cards to the second hand market, which were still under warranty what resulted in significant maintenance-related costs for their manufacturers. Both products are expected to be available on the market by the end of June, that’s when the gamers’ frustration will end.

It appears that other hardware manufacturers are looking to capitalize on the growing cryptocurrency industry as well. Thus, some motherboard vendors are designing products specifically for Bitcoin mining.

And Oscar goes to….

Yes, maybe one day it can go to a movie you funded. You say impossible? I say it’s not.

Cryptocurrencies may have not replaced traditional money, but they have triggered substantial changes – formation of new economies, business models and partnership mechanisms. We would have never revised the funding and investment strategies and see the advent of ICO.

It is no longer used as a way to attract investments into technology projects, instead more and more often we see how cryptocurrency ICOs are breaking into the world of traditional economy serving well for attraction of funds into real economy projects.

So now its independent film producers who are showing interest in ICOs which have a potential to eventually replace crowdfunding platforms. The model allows small investors and people who are actually quite far from film-making industry to participate for their share in future film earnings. 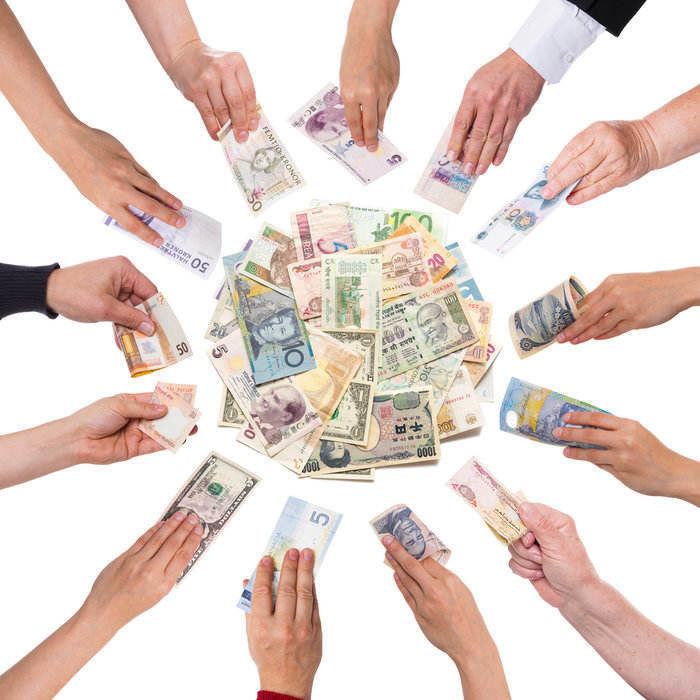 Rumor has it that the first independent movie to be funded through an ICO will be Braid, a mix between a psychological thriller and a horror story, a cocktail of A Clockwork Orange, Mulholland Drive, and Funny Games.

The crowdfunding campaign has already started, filmmakers are hoping to raise about USD 1.4 million. Participants of an ICO are promised to get 100% of adjusted gross proceeds until they completely recover their initial investment topped with 15% interest.

Mitzi Peirone shared with Huffington Post that ICO can really transform the way funds are raised in the filmmaking industry. Right now independent filmmakers are struggling to raise funds for their projects, the only solution they turn to is crowdfunding platforms, which might be considered even as charity. Investors in this case are not able to claim any return if eventually the movie gets a success.

Shooting of Braid is scheduled for this summer and in case of a successful ICO it can be considered  groundbreaking for the film-making industry. Who would have thought that one day blockchain technology would trigger the power shift in film-making, opening up the process itself for a wider audience?