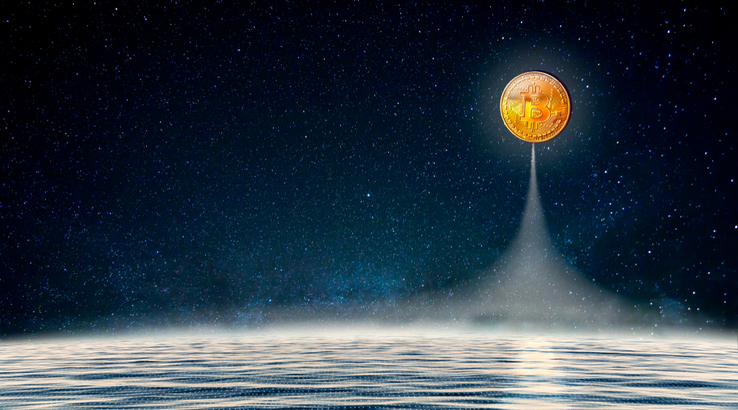 Bitcoin is moving fast and the momentum is upwards. Within few days bitcoin has risen as much as over 35%, reaching its highest in three months. At the time of writing bitcoin is testing the line of 8 300 dollars and it’s still growing.

Though other cryptocurrencies are on rise as well, another remarkable fact is that the bitcoin dominance has risen to its highest since December of 2018. Currently the market value of bitcoin compromises a grand total of over 47% of the total market cap of all cryptocurrencies combined, suggesting that the altcoin fever of last year might be somewhat cooling done.

This rise on bitcoin’s price has been expected for a long time by analysts and investors. After the December’s price bubble, bitcoin and the cryptocurrency markets have seen a general decline despite single positive market news. Our CEO, Henry Brade, also wrote an article  “10 good reasons to buy Bitcoin now (2018 edition)” about the current potential of the market. The reversal was expected. It was generally perceived that there will be some bottom price, after which the coin would resume its growth.

Nonetheless this reversal has come a lot faster than many thought it would, making some suggest that perhaps there will still be some swing downwards before the actual, more stable resumption of growing prices.

The Bitcoin battle-cry “to the moon” is once again current, as bitcoin reaches its highest in three months.

The European Parliament Committee on Economic and Monetary Affairs has published a study on issues of competition in fintech, such as cryptocurrencies and other blockchain-based financial innovations. According to study, the arrival of proposed central bank-issued digital money could increase the competition of the field of cryptofinance.

“The arrival of permissioned cryptocurrencies promoted by banks, even by central banks, will reshape the current competition level in the cryptocurrency market, broadening the number of competitors,” the study reads.

According to the study, the cryptocurrency space in general in suffering from a lack of competition, though it is usually perceived as almost an ideal form of free markets. As the Bitcoin dominance is almost half of the combined market cap of cryptocurrencies, this claim indeed might have some merit behind it. The study thinks that an official digital currency could be a way for central banks to remedy this lack of competition.

“A potential inadequacy of traditional competition policy to address competition issues in the cryptocurrency markets can be found, suggesting direct public participation through a central-bank digital currency as a remedy,” the study states.

Though many governments and central banks in Europe have been interested in their own cryptocurrencies, the European Central Bank has actively opposed it. For an example Estonia had to alter drastically its plans for a national cryptocurrency after ECB stated that euro is and will be the only official currency of the Eurozone. 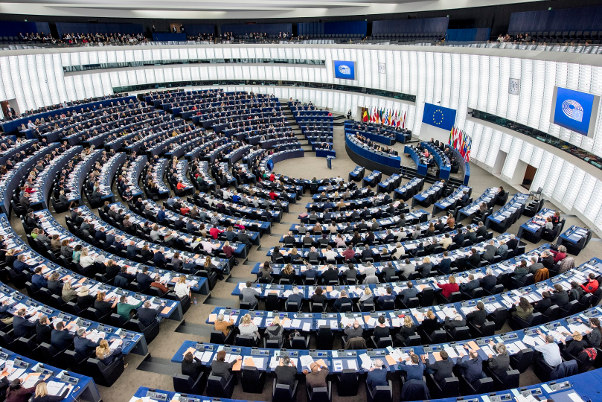 The EU suggests that an additional benefit for official digicurrency adaptation would be the general increase of competition on the cryptocurrency sector.

G20 Wants to Have Global Standards on Crypto

The G20 member states met last weekend to talk about current economic issues and how to handle them. Unsurprisingly one of the topics of the meeting was the phenomenal rise of cryptocurrencies and their possibilities to divert the current systems of economic control and surveillance.

“We reiterate our March commitments related to the implementation of the FATF standards and we ask the FATF to clarify in October 2018 how its standards apply to crypto-assets,” G20 members said in the statement.

Adaptation of international standards could be positive thing in general for growing cryptoeconomy. The standards could help both the legislators and the financial sector to shape their policies concerning cryptocurrencies, which in turn could lead to wider legal recognition of these emerging forms of money. 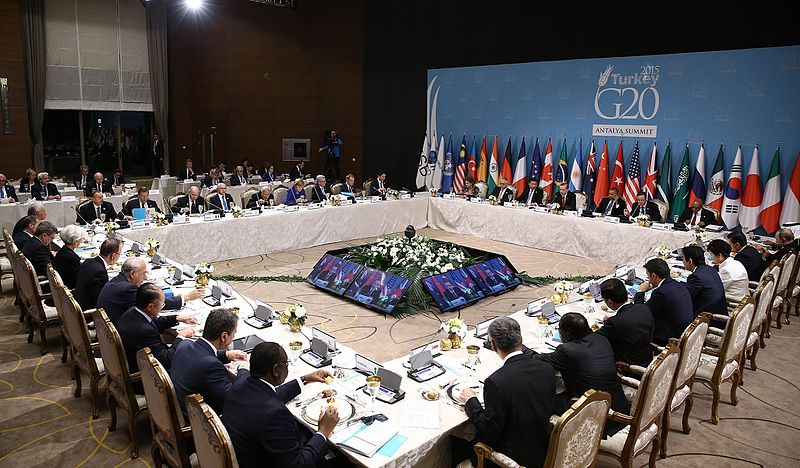 The G20 countries’ wish is probably becoming true in the future, even if it would take longer than they are planning.

Encrypted Emails Are Useful for Cryptousers

A Swizz encrypted email service ProtonMail is considering launch an ICO-campaing to fund its future development, the company’s CTO Bart Butler told Cointelegraph. Butler also dismissed the rumours of ICO being a “cash-out” for the service providers, elaborating it instead as a new way of both funding and giving the user’s a chance to participate.

Nonetheless there is nothing concrete about the coin yet, and the company hasn’t even made an official decision on the coin.

“If we do it, it’s going to be within the year. The company is viewing this as an alternative fund-raising tool to venture capitalist money,” another spokeperson told.

As governmental, corporate and even outright hostile Internet surveillance increases, services such as encrypted email are becoming more and more important for people, especially those concerned of their privacy. If an user uses encrypted email service, even the service provider can’t read their correspondence.

For Bitcoin and cryptocurrency enthusiasts the benefits of email encryption are apparent.

Though ProtonMail is just one of encrypted email providers, its interest in cryptocurrency has made it a favourite of many crypto-hobbyists.

Even though the Supreme Court of United States ruled to deny Silk Road’s Ross Ulbricht’s petition to appeal for his life sentence, the case seems to be going on. A U.S. Attorney of District of Maryland, Robert Hur, has filed a motion to dismiss some of the charges against Ulbricht.

According to Attorney Hur, the charges against Ross Ulbricht included allegations that Ulbricht was trying to hire a hitman. Though these claims were never proven in court and Ulbricht has constantly denied them, it is assumed by Ulbricht’s defense that the allegations nonetheless affected the severity of Ulbricht’s sentence.

Additionally Ulbricht’s defense argued that Ulbricht’s constitutional rights had been violated by the governmental officials during the investigation. According to defense, the law enforcement had accessed Ulbricht’s Internet traffic information without the proper warrant required by law.

Even if Attorney Hur’s motion won’t affect the sentence, Ulbricht’s legal case could still go on, as the Libertarian Party of USA has asked President Donald Trump to give Ulbricht a presidential pardon. 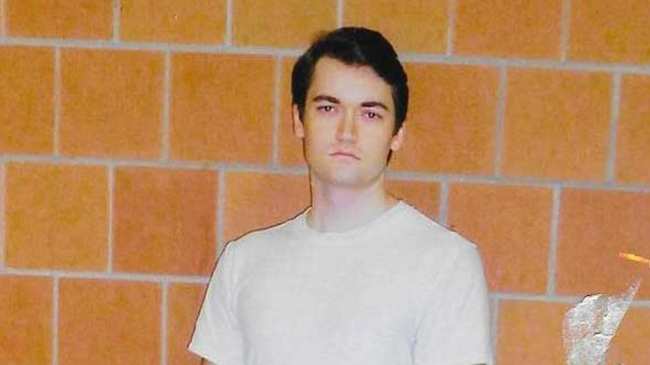 If Ulbricht’s sentence cannot be reversed, he might face a life time of imprisonment of essentially running a website

Blockchain for Distributed Applications Rose Over 70%

Of all the major cryptocurrencies, the clear winner of last 7 days has been Bitcoin. Bitcoin has both gained immense advances in price and reclaimed its position as the supreme leader of cryptocurrencies.

As the smaller cryptocurrencies tend to have more drastic swings, a lesser known crypto has gained over 70% in the last week. IOST believes itself to be the next big revolution in blockchain-applications, with a new “proof-of-believability” protocol.

This new protocol replaces the energy hungry mining of proof-of-work with proof that is calculated by a combination of several factors, such as the contribution and behavior of participating nodes. A randomness factor is included in the protocol to ensure fairness.

IOST claims to be an ideal platform for developing of distributed applications and smart contracts, but several other blockchain-projects have made the same claim as well. For IOST to succeed, it must overcome several obstacles. The new protocol has to be proven, and if the proof-of-work is hard to explain to a layman, proof-of-believability is even harder so.

IOST, if it works, could offer an interesting opportunity for new kinds of proofs for blockchain.