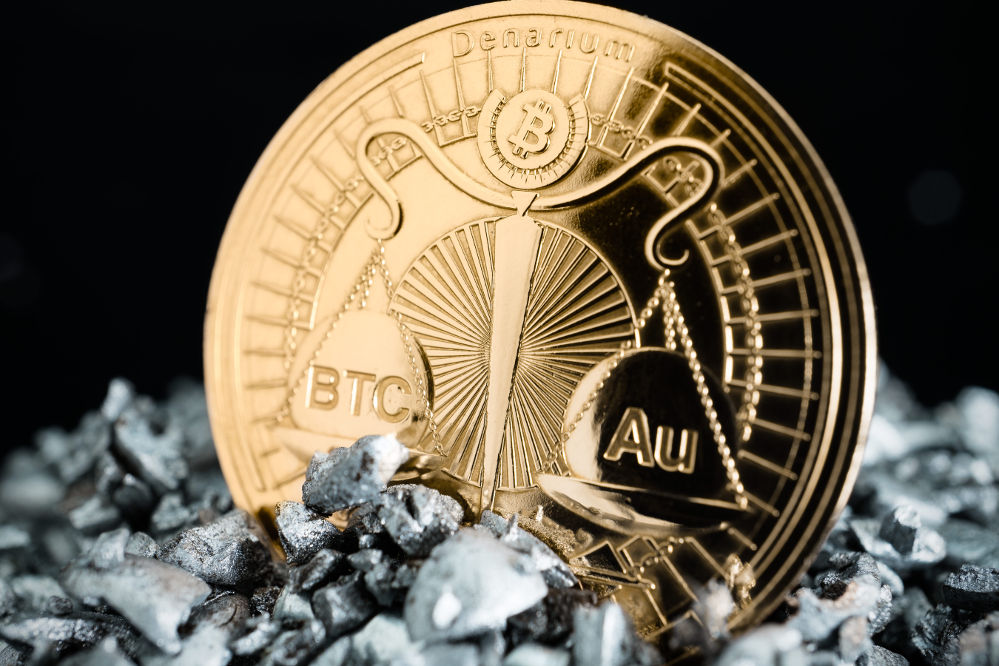 Bitcoin’s price has been swinging as usual – and this time between four and five digits in the $10 000 dollar region. After witnessing huge price jump in the past months and weeks, the number one cryptocurrency has been pushed downward by corrective movements. Some may feel dismayed seeing their assets drop in value by thousands, while for others it’s business as usual.

But does the price really matter in the long run? No, if you ask committed crypto developers, whose number has increased even amidst falling prices. One bitcoin is always worth one bitcoin. What happens pricewise in a short period is irrelevant for the bigger picture, which is yet to be painted by developers and the community using the technology.

And the technology is indeed evolving with a rapid pace, regardless of whether the price is in four or five digits. In this week’s news we will take a look at signs of this growth, such as bitcoin salaries, China’s new digital currency, North Korean hackers and yet another sports team accepting bitcoin.

Electric Capital has published a new research report about the coding effort used in blockchain and cryptocurrency projects. According to the report development work in the sector has grown even when cryptocurrency prices have gone down.

The report also states that blockchain developers have begun abandoning smaller cryptocurrency projects and moved on to more promising fields, such as decentralised economy and blockchain infrastructure projects.

New Zealand’s tax authority IRD has decreed that companies are henceforth allowed to pay salaries in bitcoin or other cryptocurrencies. Set to come into effect on 1st of September, the IRD’s decision also makes crypto salaries taxable income.

While New Zealand’s earlier legislation only explicitly allowed the country’s official currency for salary payments, the new ruling permits crypto salaries under certain conditions. The employee and employer must have an official contract in addition to a fixed crypto salary sum forming regular compensation for the employee’s services.

In other countries such as Finland crypto salaries have been legal for years. Prasos, the company behind Coinmotion, has offered this opportunity to its employees ever since the company was founded.

The central bank of China, PBoC, has announced that their national cryptocurrency is now ready. The bank has successfully developed a working blockchain prototype after studying the possibilities of crypto since 2014, reports deputy chief Mu Changchun.

While the central bank’s announcement indicates the cryptocurrency is ready, it remains uncertain when it will be published – if at all.

The number of publishers using the blockchain-based Brave browser has grown by 1200% from last year, reports crypto news service Decrypt. In July last year there were 18 991 publishers, while the number has now exceeded 230 000. Publishers also include notable names, such as Washington Post and Smithsonian Magazine.

The basic idea of the Brave browser is to provide users the opportunity to support webpages without ads or selling information. Brave enables this with their own blockchain token, BAT. Users can choose how many BATs they want to donate to visited sites, and the blockchain takes care of the transfers automatically.

Even though the Brave browser’s popularity and amount of publishers have grown significantly, this has not reflected on BAT’s price. BAT’s price was roughly 0,86 dollars in January, but has fallen to 0,2 dollars this year.

The United Nations has published a new report regarding North Korea’s cyberattacks. According to the report North Korea has carried out at least 35 different attacks targeting 17 different countries. The committee behind the report estimates that hackers have managed to steal at least $2 billion dollars worth of funds.

The biggest victim of the attacks has been South Korea. As many as ten attacks have been targeted at different South Korean actors. The most notable target seems to be crypto exchange Bithub, which has been hit by at least four separate attacks.

Three attacks were directed to India and two to both Bangladesh and Chile. Costa Rica, Gambia, Guatemala, Kuwait, Liberia, Malaysia, Malta, Poland, Slovenia, South Africa, Tunisia and Vietnam in turn were each hit by one attack.

The report also suspects that North Korea is using funds acquired through hacks and other operations to finance the country’s weapons industry.

NBA team Dallas Mavericks, owned by billionaire Mark Cuban, has started accepting bitcoin as payment for game tickets and fan products. Cuban had already hinted interest in providing such opportunitiers for fans, but now the project has become concrete.

Cuban himself expressed positive views on bitcoin earlier this month. Cuban stated he believes bitcoin and gold are fundamentally similar utilities for investors.

Dallas Mavericks will use the services of BitPay, through which willing customers can buy products directly with crypto. BitPay excanges the cryptocurrencies to dollars and transfers them to the team’s account.

With the announcement Dallas Mavericks becomes the second NBA team to accept cryptocurrencies. The first one was The Sacramento Kings, who started accepting bitcoin already half a decade ago back in 2014.