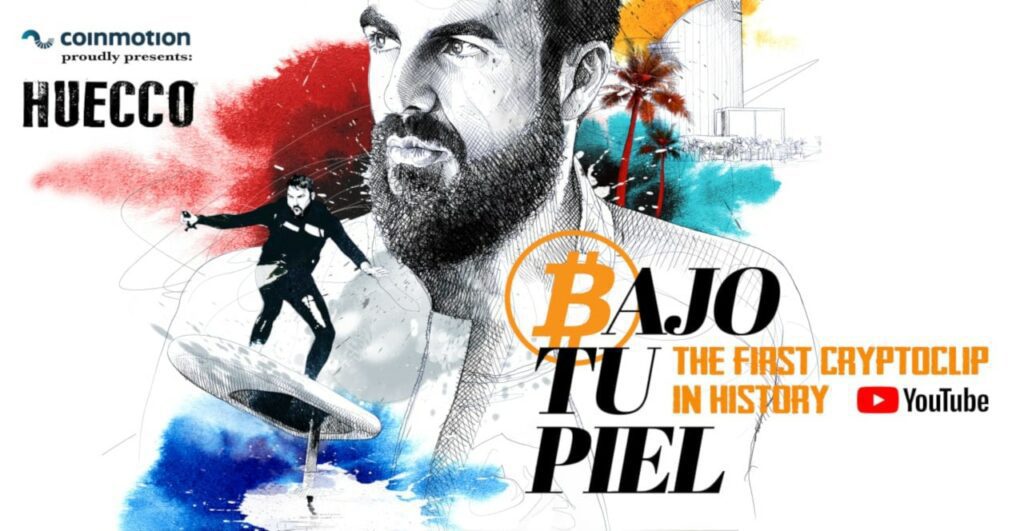 Huecco start in the music scene again with his new work “Bajo tu piel” (“Under your skin”) and the release of the first “crypto clip” in the world, financed 100% with bitcoins, in collaboration with the regulated cryptocurrency company, Coinmotion

Huecco also becomes the first Spanish artist and one of the pioneers in the world to accept Bitcoin and Ethereum as a means of payment for his new work, “XV Anniversary”, as well as their tickets for his 2022 tour

The crypto clip has been financed entirely with Bitcoin, including payments to all providers (direction and production, makeup and hairdresser, models, yacht and boat rental, lights and sound, communication…). As far as is known, it is the first time in history that an artist doesn’t use FIAT (euro, dollar, etc.) as a payment currency to create and make a video clip, therefore Huecco has “named” it as the first “crypto clip” in the world and says several more will come in 2022.

Huecco also goes further and also becomes the first Spanish artist to put their tickets up for sale in Bitcoin or Ethereum for the tour of his new album “XV Anniversary” (on sale in 2022).

In addition to being a pioneering initiative, we are in a moment of a paradigm shift in the finance sector, we are in a time of money evolution and there is increasing interest in cryptocurrencies at a global level. The Spanish artist Huecco thus joins others in his sector such as Björk, Kings of Leon, One Republic and Ozuna – international artists who have already set out to explore the universe of cryptocurrencies – and visionaries in other sectors in which operate international companies such Tesla, Paypal, Starbucks, VISA, Mastercard, BBVA, The Bank of America, or the network of American cinemas AMC, which already accepts Bitcoin as a means of payment to purchase tickets for its movie theatres.

Coinmotion also wants to demonstrate that futuristic vision through the crypto clip, within a legal framework that increasingly promises to be more secure considering the important advances that have occurred in the regulation of cryptocurrencies.

One of the factors that have favoured the growth and consolidation of cryptocurrency companies has been the Fifth and Sixth European Directive for the prevention of money laundering and terrorist financing (also known as 5AMLD and 6AMLD), and in the near future, the new regulatory framework called MiCA.

Both Huecco and Coinmotion are working together for innovation in creative processes. “Disrupters and innovators in music and finance”, is how this initiative has emerged by adding synergies, both parties highlight.

Heidi Hurskainen, CEO and member of the board of directors of Coinmotion Oy, highlights that “we have been in the cryptocurrency sector since 2012 and we deeply believe that cryptocurrencies are going to play a very important role in the finances of the future. For this reason, we like to innovate with “premium on-demand” services, being the first to launch the Coinmotion Wealth service in Spain. When Huecco asked us to collaborate on such a pioneering project that apart from being the first video clip in the world financed entirely with Bitcoin, it allows us to contribute to raising awareness and promoting the development of the sector in Spain, we did not hesitate to participate in it”.

Regarding the release of the crypto clip, Huecco assessed that there wasn’t any video clip financed 100% with cryptocurrencies and proposed the idea to Coinmotion, who made it theirs from minute one. “We went from being a customer to collaborators in this historic and comforting joint venture of a crypto broker and music,” says the artist.

About Huecco (more than 100 million listeners on Spotify)

Iván Sevillano Pérez (Madrid, 1974), known as Huecco, is a Spanish singer who began his professional
career in 1994 in the indie rock group “Sugarless”, with which he recorded three albums, selling 40,000
CDs. In 2006 Huecco rose to fame with his first solo single, “Pa mi guerrera,” which became a Gold Record
with more than 40,000 copies sold in Spain and more than 300,000 mobile tones sold.

His single “Reina de los Angelotes” was 5th on the mainstream radio list in Germany, becoming the first
artist in Spain and Latin America to be in the Top 10 of commercial radio in Spanish. One of his
best-known songs, “Se acabaron las lágrimas”, was a digital Platinum Record with 44,000 mobile tones
sold, positioning itself as an anthem against Gender Violence. 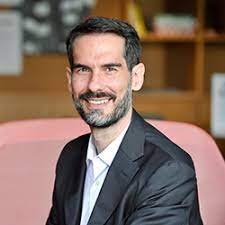