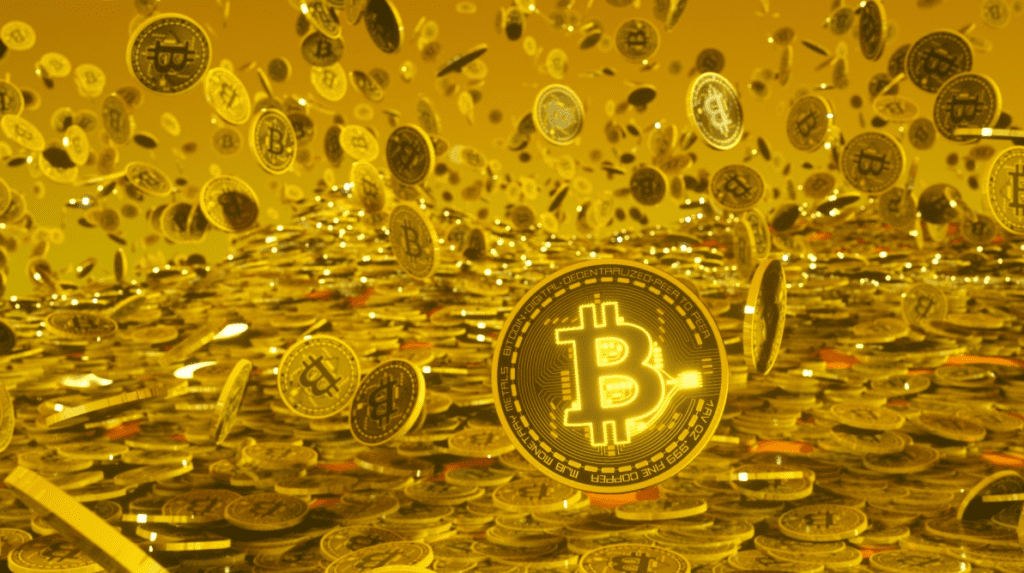 Institutional investors are presumably one notable reason why bitcoin’s price has risen so strongly in 2020. This is most likely not mere speculation, but there are clear signs for it both in the form of news and blockchain data.

This week we will check out what blockchain says about institutional investors. Additionally we will talk about bitcoin investments amounting to some hundreds of millions. These sums may be dreams for commoners, but for investment corporations they are pocket money well worth spending on bitcoin.

In other news we have the latest cryptocurrency confiscation of the Finnish Customs, as well as Sweden’s central bank exploring its own digital currency.

Record number of wallets with over 1 000 BTC

According to blockchain analysis firm Chainalysis, the number of wallets containing more than 1 000 bitcoins has grown in the past year. This data seems to add credence to the assumption that the recent price rise has at least partially been driven by large institutional investors entering the market.

The number of these whale wallets has grown with 302, marking a rise of 17 percent from last year. Right now there are 2 052 such wallets, which is an all-time record.

“That’s a big increase in the wealthiest wallets and provides evidence that institutional investors have entered the market,” Chainalysis concludes.

Business intelligence firm MicroStrategy announced on Friday that it had completed bond sales worth $650 million dollars. The purpose of this was to raise money for MicroStrategy’s upcoming bitcoin investment.

”MicroStrategy intends to invest the net proceeds from the sale of the notes in bitcoin in accordance with its Treasury Reserve Policy,” the company’s press release notes.

MicroStrategy succeeded in its bond sales much better than expected. The company originally intended to only raise $400 million dollars, but surpassed the goal with more than half.

Already before its upcoming bitcoin investment, MicroStrategy has made headlines as one of the most significant institutional investors in the crypto world. The company currently holds at least 40 824 bitcoins, which amounts to roughly $730 million dollars.

The Massachusetts Mutual Life Insurance Company, or MassMutual, is the latest significant institutional party to join the club of bitcoin investing.

According to The Wall Street Journal, MassMutual has just bought $100 million dollars worth of bitcoins. The coins will be added to the company’s general insurance account valued at approximately $235 billion.

MassMutual bought the bitcoins by using the New York Digital Investment Group’s services. Aside the BTC purchase, MassMutual also acwuired a five million dollar share of the investment company itself.

The customs service of Finland has confiscated the web server of Sipulimarket, a darknet marketplace. Along with the seizure the agency also managed to confiscate bitcoins.

The Finnish Customs also holds roughly 2 000 BTC from an earlier confiscation. Most of these originate from the seizure of another marketplace called Douppikauppa. According to estimates by the Finnish financial publication Kauppalehti, the value of the agency’s bitcoins are roughly $29 million euros.

After the marketplaces have been shut down, there is still a strong online presence of drug commerce in various languages. However, most places refuse to use bitcoins, since they are particularly ill-suited for criminal purposes.

The government of Sweden has began studying the possibility to implement a national digital currency, reports Bloomberg. The digital currency is dubbed the electronic krona, or simply e-krona, after the country’s official currency.

According to Sweden’s financial markets minister Per Bolund, the government expects to complete its pilot project by November 2022. The project is led by Anna Kinberg Batra, former chairwoman of the Riksbank’s finance committee.

“Depending on how a digital currency is designed and which technologies are used, it can have large consequences for the entire financial system,” Bolund commented.

Sweden’s central bank has already advanced with studying the digital krona together with Accenture. This e-krona project is based on similar blockchain technology as Bitcoin.

The renaming of Facebook’s own digital currency seems to have failed to inspire trust. Facebook recently rebranded its digital currency originally known as Libra to Diem in an apparent attempt to get a clean start. Nonetheless, the distrust for the project remains among decisionmakers.

German minister of finance Olaf Scholz has voiced concerns that Diem is merely a wolf in sheeps’s clothing. Scholz believes that the name change has done nothing to change the project’s core principles, and Facebook has not given satisfactory answers about Diem’s regulatory risks.

According to Scholz, the government of Gemany will also not accept Diem’s entry on the markets. Germany’s reluctance in turn can prevent Libra’s launch across the entire euro zone or even Europe.

Facebook has earlier announced plans to publish Diem during the first half of 2021, but this schedule is far from certain.

Cryptocurrency enthusiast who has several years of experience about using cryptocurrencies and writing about them.
0 Comments
Inline Feedbacks
View all comments
PrevPreviousBitcoin made a new price record – Weekly news 48/2020
NextBitcoin is having a small breather; what next?Next
Sign up