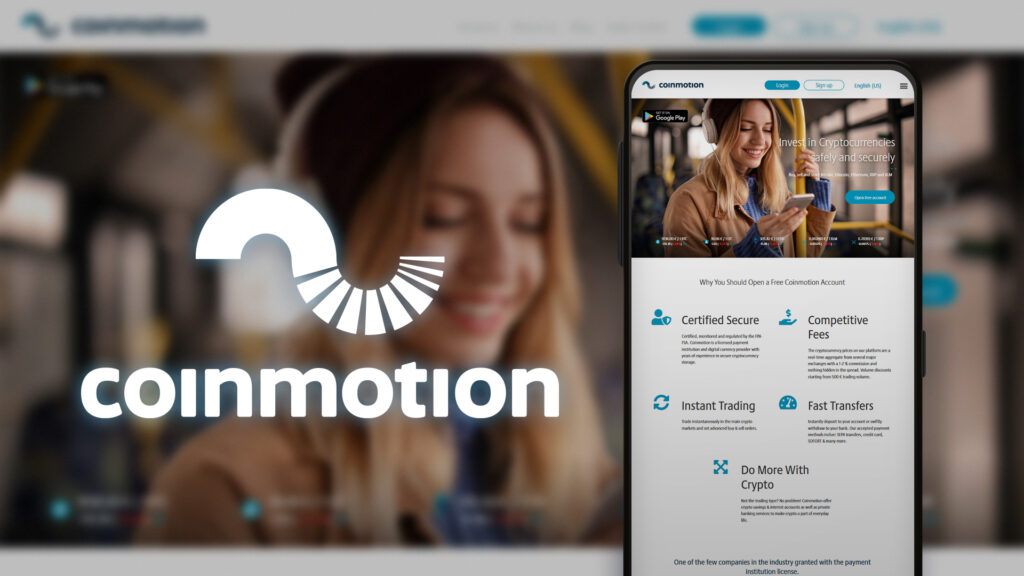 The European Central Bank has announced it considers developing its own digital euro. Also the FED of the United States has reported currently examining how a digital dollar could potentially be created. Similar progress can also be seen in other countries, such as China and Russia.

This week we will check out how a few significant central banks relate to digital money and its evolution. Among other news we have the Venezuelan government’s attempts to control crypto miners and  the BTC ownership of Norway’s retirement fund.

Prasos Ltd, the company behind the Coinmotion service, has officially changed its name to Coinmotion Ltd. The change is related to the company’s increased focus on improving and developing its main service.

Prasos acquired the Coinmotion trading platform in the year 2016. Sine then Coinmotion has grown to become the comapny’s most popular and used service. Due to Coinmotion’s growth the company sees it as a natural continuum to also change its name to Coinmotion.

“The company is used to maintaining many brands at the same time, but it has been found to be challenging for marketing. We often had to talk about both Prasos and Coinmotion, and explain what it was all about. With this name change, the issue is simplified and there is less need for explanation. This way we get the message out better,” states Henry Brade, Chairman of the Board of Coinmotion Ltd.

A recent report by the central bank of Canada reveals Canadians are on average aware of both basic financial matters and Bitcoin. The report also asserts that the more Canadians know about the economy, the more likely they also know about Bitcoin.

However, the report also states that financial literacy correlates negatively with owning cryptocurrencies. The report defines financial literacy as basic understanding of investing and saving for retirement. The bank presents the younger average age of crypto owners as a possible explanation for this.

ECB: Stablecoin is a misleading term

According to the European Central Bank,  the term “stablecoin” should not be used. Stablecoins usually refer to digital currencies with their value pegged to other assets such as fiat currencies or gold.

The ECB states that a well-planned and reasonably regulated digital asset could be a ”stablecoin” but current stablecoins do not meet these criteria. According to the ECB stablecoins currently marketed under the label are misleading, and their suppliers cannot truly confirm the stability of their value.

According to Christine Lagard, President of the ECB, the bank may later publish its own digital euro. Lagarde believes this currency could be a viable alternative to current digital currencies, and would also help the European Union from keeping financial power from shifting to private companies. The news was reported by Coindesk.

The American central bank Federal Reserve is currently conducting a study about a digital dollar, reports Loretta Mester from the Cleveland Federal Reserve.

As reported by Cointelegraph, Mester asserts that the Federal reserve is building and testing different decentralized ledger systems to understand their potential benefits and harms. According to her the Fed has had ongoing research about a possible digital dollar already before the COVID-19 pandemic, but as a result of the crisis the need for such a digital dollar has grown further.

“The spread of COVID-19 heightened the reliance of businesses and individuals on digital services and faster connectivity, as many employees began to work from home and consumers turned to online shopping,” Mester noted.

The digital dollar is expected to improve and effectuate digital commerce and the economy. This in turn could alleviate the financial crisis caused by the pandemic and in turn improve the chances of surviving similar events in the future.

The government of Venezuela has legalized cryptocurrency mining and production of mining equipment. However, at the same it aims to take the whole sector under its control.

Venezuela’s new mining regulations obligate all miners to be listed on a government register. In order to register miners must provide the government detailed information about their operations and record all mining-relate data for a duration of ten years.

Also producers and vendors of mining devices must register and apply for a certain licens for their operations. Selling and production is moved under the surveillance of government authorities.

All mining must also be centralized to the country’s own mining pool. Any miners mining in other pools or independently may face criminal charges and sanctions.

Cryptocurrency use in Venezuela has grown rapidly as a result of the nation’s unstable financial policy and weak trust in the regime. The government naturally opposes this development, since the use of crypto shifts financial freedom to the people and weakens their own power.

Norway’s retirement fund own bitcoins, although indirectly. A new report by Arcane Research reveals the fund has nearly 600 bitcoins.

The retirement fund has apparently acquired bitcoins indirectly after investing in business intelligence company MicroStrategy, of which it owns a share. According to Arcane Research the fund owns a total of 577.6 BTC through MicroStrategy.

MicroStrategy itself recently became a very large bitcoin owner by trading its main reserve from dollars into BTC. In August the company bought 21 454 BTC and later in September 16 796 BTC.

Cryptocurrency enthusiast who has several years of experience about using cryptocurrencies and writing about them.
0 Comments
Inline Feedbacks
View all comments
PrevPreviousPrasos is now Coinmotion
NextTechnical analysis 2.10.2020: I am bullish but might turn slightly bearishNext
Sign up