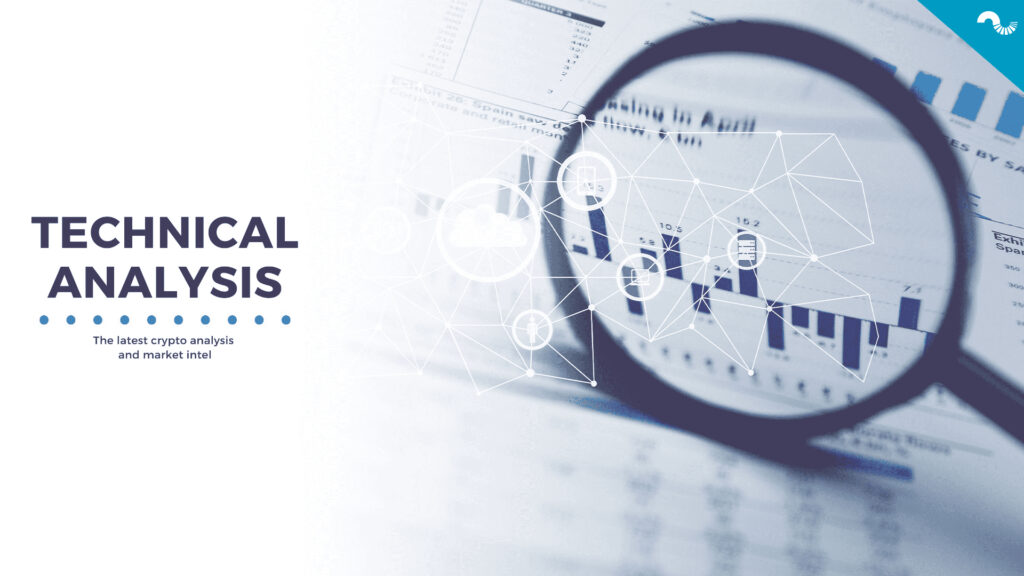 The TA of week 14 explores recent market sentiment and Cathie Wood’s Bitcoin insights. We also assess a selection of technical and on-chain metrics. Additionally we take a deep dive into LFG’s reserves and their sustainability.

ARK Invest’s Founder, CEO, and CIO Cathie Wood gave the most interesting hot take this week, as she estimated bitcoin’s spot price to soar above $1 million by 2030. Wood was speaking in Miami-based Bitcoin 2022 Conference alongside a large set of other leading industry thinkers and builders.

Cathie Wood also stated that bitcoin is a great hedge against inflation and counter-party risk. Additionally Wood pointed to a research indicating that 70 percent of bitcoin investors hold their position for more than six months.

Despite the spiritually uplifting effect of Bitcoin 2022 Conference, the spot markets have stayed relatively weak. Bitcoin has weakened -8,2% during past seven days, Ethereum however has managed to stay more afloat at -7%. Small-cap tokens took more beating than large-caps, as usual. DeFi tokens have descended 10-20%.

S&P 500 Index has weakened -1,27% during the past week. The correlation of Bitcoin and S&P 500 is at 0,52, marking the highest 90-day Pearson correlation since late 2020. Stock market and digital assets both need to fight against the particularly hawkish Fed and tightening money supply. This environment is especially challenging for speculative securities and tokens.

Bitcoin’s spot has been bouncing in the channel between 50 and 200DMA, and has gained almost 40% since late January’s inflection point. Before the current bull cycle, BTCUSD weakened close to -50% in November-January bear trend.

While the total inflow of Bitcoin exchanges has dropped from January >40K units to current 26K, there’s a huge inflow divergence between leading exchanges. Asia-related exchanges like Binance and Bitfinex are gathering more inflow compared with US-based exchanges like Coinbase and FTX. This might mirror the more pronounced role of Asian markets in market landscape of 2022.

Although Binance markets itself as a global exchange, their main volume still comes from Asia. Binance’s CEO Changpeng Zhao has a Chinese background, alongside with the C-level management and owners. The Taiwan-based Bitfinex is a competing exchange to Binance, however its focus has been more in whale-level operations and stablecoins like Tether (USDT) and Tether Gold (XAUT).

As mentioned in the technical section, Ethereum is one of the assets in Coinmotion’s repertoire that has been able to withstand the current selling pressure. That raises a question why Ethereum seems to be diverging from other digital assets? One fundamental factor would be the upcoming merge, which is a protocol-level shift from Proof of Work (PoW) to Proof of Stake (PoS). The shift to PoS is tightly followed by market participants and it attracts retail & institutional money.

In addition to the protocol shift, Ethereum is about to reach its peak supply in June-July by current estimates. The EIP-1559 started to render Ethereum more scarce by burning transactional fees. The diminishing supply will make Ethereum more desirable, as everyone wants a piece of increasingly scarce asset. As Michael Saylor said: ”The rational strategy in the face of escalating inflation & taxation risk is to construct a portfolio of scarce, desirable, and portable assets that you can hold forever.”

As analysed in the TA of week 13, Luna Foundation Guard (LFG) has continued its bitcoin buying spree and currently holds 35 767,98 BTC. Consequently the LFG’s bitcoin reserve has increased 5039,98 bitcoin units since last week, worth 215,22 million USD.

The 35K bitcoin stash places LFG to position 21 on richest bitcoin wallets list, approaching Tesla (TSLA) with 43 200 unit bitcoin portfolio. This week LFG announced a deal to acquire $100M worth of Avalanche’s AVAX tokens in order to diversify their portfolio.

Amid the growing interest towards Luna Foundation Guard, the venture is also facing growing criticism. Let’s dive a bit deeper into the LFG. Terra has stated that its stablecoin Terra USD, or UST, is an independent algorithmic stablecoin. On the other hand, Luna Foundation Guard announced that the rationale behind the reserve accumulation is to support the algo stablecoin.

In addition to LFG’s bitcoin 5K bitcoin buy, MicroStrategy also continued its bitcoin purchases, adding 4167 BTC to its portfolio. The new additions rise MicroStrategy’s bitcoin stash to 129 218 units. The purchase was financed by a loan from Silvergate Bank and it uses bitcoin units as collateral. Michael Saylor commented the deal followingly:

“We view Bitcoin as pristine collateral for the digital age and believe this transaction allows us to continue pursuing our Bitcoin acquisition strategy in a manner accretive to our shareholders.”

What Are We Reading Currently?

Tesla, Block, and Blockstream announced a plan to mine bitcoin off solar power in Texas.