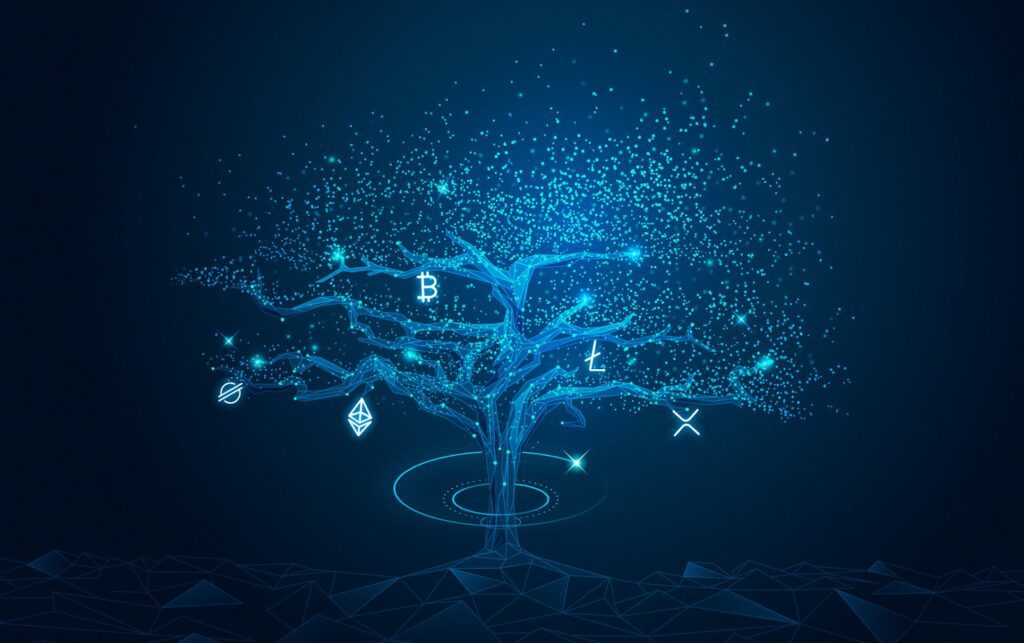 Blockchain / What are Stablecoins: From Tether to Algorithms

What are Stablecoins: From Tether to Algorithms

You might be hearing the word stablecoins a lot. Yet it’s not easy to understand how they differ from bitcoin and other cryptocurrencies. The original purpose of stablecoins was to use them as a balancing asset to volatile cryptocurrencies, and thus most of these coins are designed to minimize their volatility. The majority of the early stablecoins derive their value from a national currency, often the U.S. dollar (USD). The contemporary market has been evolving in the direction of commodity-backed stablecoins and complicated fractional-reserve stablecoins.

What are Stablecoins: Market Abstract

The growth of this market has been closely aligned with growing cryptocurrency and blockchain markets. In early 2021, the total market capitalization of stablecoins ascended to 38,46 U.S. dollars and a total 24h daily volume into $90,9 billion.

Tether (USDT) is arguably the most well-known stablecoin, yet it’s also one of the most controversial ones. Tether’s history dates back to 2014. Since then, the industry has scaled up significantly in a more diversified direction. One can segment the stablecoin market into currency-backed stablecoins, commodity-backed stablecoins, and algorithmic stablecoins. Let’s explore these segments in detail.

Stablecoins backed by national currencies, or fiat currencies, form the biggest stablecoin segment by market capitalization. A third-party financial entity is what backs the value of these coins. In that case, the issuer forms an essential relationship with the custodian of the backed asset. People can trade stablecoins backed by national currencies on exchanges and, optionally, redeem them from the issuer.

Tether (USDT) is probably the most well-known stablecoin, and the U.S. dollar reserves back it. Recently Tether announced its stablecoin to be backed by “a reserve of U.S. dollars and other assets, including traditional currency and cash equivalents and other assets and receivables from loans.” Meanwhile, Tether has faced accusations related to alleged insufficient reserves. In addition, Tether’s parent company iFinex is currently under scrutiny by U.S. authorities.

Nevertheless, Tether has continued to grow exponentially and is currently worth above 26,3 billion dollars. Tether contemporarily uses multiple blockchains, including original Omni, Ethereum (ETH), and Tron (TRX). Ethereum-based Tether holds most of the value in market capitalization. However, Tron-based USDT bypassed Ethereum in terms of daily active addresses during early 2021.

“Tether and other stablecoins are just a proxy for the balance sheets of trading firms and crypto-native institutions. Crypto-native firms grow as the underlying assets grow.” – Nic Carter

USD Coin (USDC) fits into the same currency-backed category as Tether (USDT). At the same time, USDC is contemporarily the second-largest stablecoin in the market. We see that if we use market capitalization as a metric.

USD Coin’s role is closely aligned with Tether. However, it has found its economic moat as the more regulatorily compliant stablecoin. USDC’s current market cap is €5,8 billion, around 22% of Tether’s market cap. Should the regulatory concerns around Tether escalate, USD Coin might see incremental growth at Tether’s expense.

Stablecoins backed by commodities, like gold, have seen escalating growth during recent years. Physical gold shares many features with bitcoin, both were mainly designed to be scarce, and both are a good hedge against inflation. The deflationary characteristic of gold ensures its long-term value potential.

Gold-backed stablecoins contain significant growth potential as the demand for the asset is perpetually increasing. Hence tokenizing physical gold into digital assets by blockchain technology seems to be a perfect match. Investors can purchase gold-backed digital assets with the Coinmotion Coinmotion Wealth service.

Frax is the first fractional-algorithmic stablecoin protocol currently implemented in the Ethereum (ETH) ecosystem. Frax plans to be a highly scalable, decentralized, algorithmic money in place of fixed-supply digital assets like bitcoin.