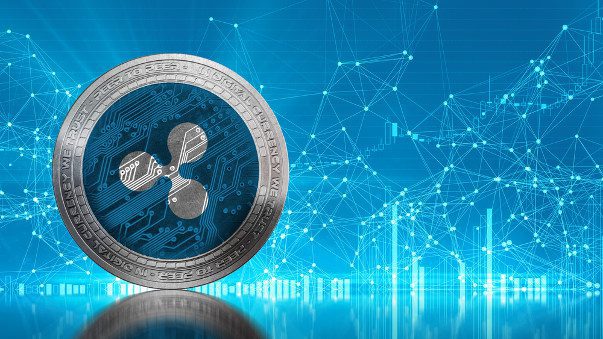 Ripple in legal battle with the Securities and Exchange commission (SEC)

The Securities and Exchange Commission announced December 22nd that it had filed an action against Ripple Labs Inc. and two owners and executives of the company, CEO Christian Larsen and the former CEO Bradley Garlinghouse. The complaint claims that they raised over $1.3 billion through an unregistered, ongoing digital asset securities offering.

The charges caused some sort of panic among the investors and led to a sudden drop in the price of XRP. Some exchanges in the US went so far, that they took XRP temporarily off their lists. European companies have mainly decided to keep XRP in their selection as the allegations of SEC only deal with the XRP’s legal status in the US.

According to the SEC’s complaint Ripple Labs Inc. raised capital to finance the company’s business in an illegal manner. The complaint alleges that Ripple raised funds, beginning in 2013, through the sale of digital assets known as XRP in an unregistered securities offering to investors in the U.S. and worldwide.

In SEC’s press release Director of the SEC Enforcement Division Stephanie Avakian commented the complaint: “Issuers seeking the benefits of a public offering, including access to retail investors, broad distribution and a secondary trading market, must comply with the federal securities laws that require registration of offerings unless an exemption from registration applies.” She continued by adding that Ripple, Larsen, and Garlinghouse failed to register their ongoing offer and sale of billions of XRP to retail investors.

Ripple’s response to the complaint

A bit over month after the SEC’s allegations Ripple was ready to publish a response document. Their defense was shared in the Ripple.com blog and quickly reached media and investors soaring XRP price up 80% in a couple of days.

In the response Ripple takes the opportunity to criticize the SEC for creating havoc in the market. Part of the SEC’s mission is to maintain orderly markets, but the complaint caused a 50% drop in XRP price hurting investors who have nothing to do with the charges. Ripples answer is a long legal document, so I’ll only highlight some of the main arguments of their defense.

XRP Is Not an Investment Contract

In the answer Ripple states the following:

The SEC Is Out of Step Domestically and Globally

According to Ripple’s answer the functionality and liquidity of XRP are wholly incompatible with securities regulation. Regulators in the US government determined in 2015 and 2020 that XRP is a virtual currency and have since regulated it as such. At the end of 2020 the SEC suddenly changed their stance.

Regulators in many countries have concluded XRP is a virtual currency or a crypto asset, and not a security.

One of Ripple’s counsels Andrew Ceresney from the law firm Debevoise & Plimpton gave a following statement about the accusations: “The SEC’s case is unprecedented and ill-conceived. The SEC has ignored XRP’s clear status as a virtual currency, contradicting not only the findings of other U.S. regulatory agencies, but also international regulatory regimes. Over the last eight years, the XRP market, independent of Ripple’s activities, had grown to a massive scale- trading on over 200 exchanges worldwide. The SEC is now stretching the concept of an “investment contract” beyond its breaking point. We look forward to presenting our case in Court.”

The case is still on so nobody knows how this effects Ripple and XRP in the future. The pretrial conference session is set to be held on February 22nd 2021, but the probability of a settlement seems low at this time. We will keep following how the case progresses and make updates to this articles or sequels when new information arrives. Despite Ripple’s trouble with the US regulators, Coinmotion will continue with XRP business as usual.

By the beginning of April, new updates have emerged on the case. In a recent development, attorney Jeremy Hogan shared on Youtube a video that purported the judge overseeing the case viewed the XRP token more as a utility than a security.

“My understanding about XRP is that not only does it have a currency value, but it has a utility, and that utility distinguishes it from bitcoin and ether,” Hogan quoted the judge.

The statement has been regarded as a “bombshell” dropped in favor of Ripple in the trial against the SEC. In another curious twist, a judge sided with Ripple by granting access to the SEC’s internal discussions on Bitcoin, Ethereum and XRP. Public documents related to these discussions then revealed the SEC had previously referred to Ripple as a “digital currency company”, casting into doubt their later approach of viewing their tokens as securities.

“Apparently the SEC agreed with FinCen – at least back in 2016! The SEC must now explain to the Court how a ‘digital currency’ transformed to a ‘digital security,” Hogan remarked.

As a result of these developments, Ripple’s XRP token has soared in value past $1.2 dollars and continues climbing at the time of writing. This strongly suggests at least XRP investors and users see the recent news as a sign of vindication for the company. However, the case is still ongoing and it is too early to predict any certain conclusions.