When it comes to crypto investment, it is vital to stay aware of the real-time price of different crypto assets. Knowing the prices and what affects them helps investors make wise decisions when buying and selling. In this article, we will give you a broad and thorough overview of Ripple’s native token XRP. We will look at the Ripple price history, its market, and recent statistics.

The Current and Historical Price of Ripple

Let us begin by discussing Ripple’s history and features to fully understand its value and daily fluctuations. Founded in 2012, Ripple is a unique platform made to bridge cryptocurrency and digital payment networks. Ripple was also created to allow users to transfer funds in various currency forms. Ripple’s XRP token helps to aid that bridge. This is possible since the token does not discriminate between one fiat or cryptocurrency over another.

Ripple’s consensus protocol, unlike Bitcoin’s proof-of-work, is used to validate all transactions across the platform. The Ripple protocol is employed to improve the overall integrity by preventing double-spending.

In short, Ripple’s decentralized network was designed for two reasons. One is to improve certain pitfalls with traditional banking. Another reason was to create a token asset that could better mitigate transactions between currencies.

A Look at XRP’s Value

Ripple’s market price has historically seen the same long-term fluctuation patterns as bitcoin. According to Coinmarketcap’s Ripple price chart, the value of XRP reached an all-time high on January 5, 2018, at 2.46EUR. That happened shortly after bitcoin’s 2017 surge to over 16,000EUR in mid-December. Since late 2018, XRP had maintained a more consistent value. The Ripple price remained largely between 0.20EUR and 0.30EUR before recent value surges in Q1 2021. The beginning of Q2 in turn has seen XRP prices soar above 0.80EUR.

To better understand the development of Ripple’s price, let’s look at both the lowest and highest values for XRP in the last four years.

Since late January, Ripple’s value has seen a significant increase and consistency in value independent of Bitcoin. As of March 26, 2021, the value of XRP has been between .40EUR and €.55EUR, as illustrated in the chart below. 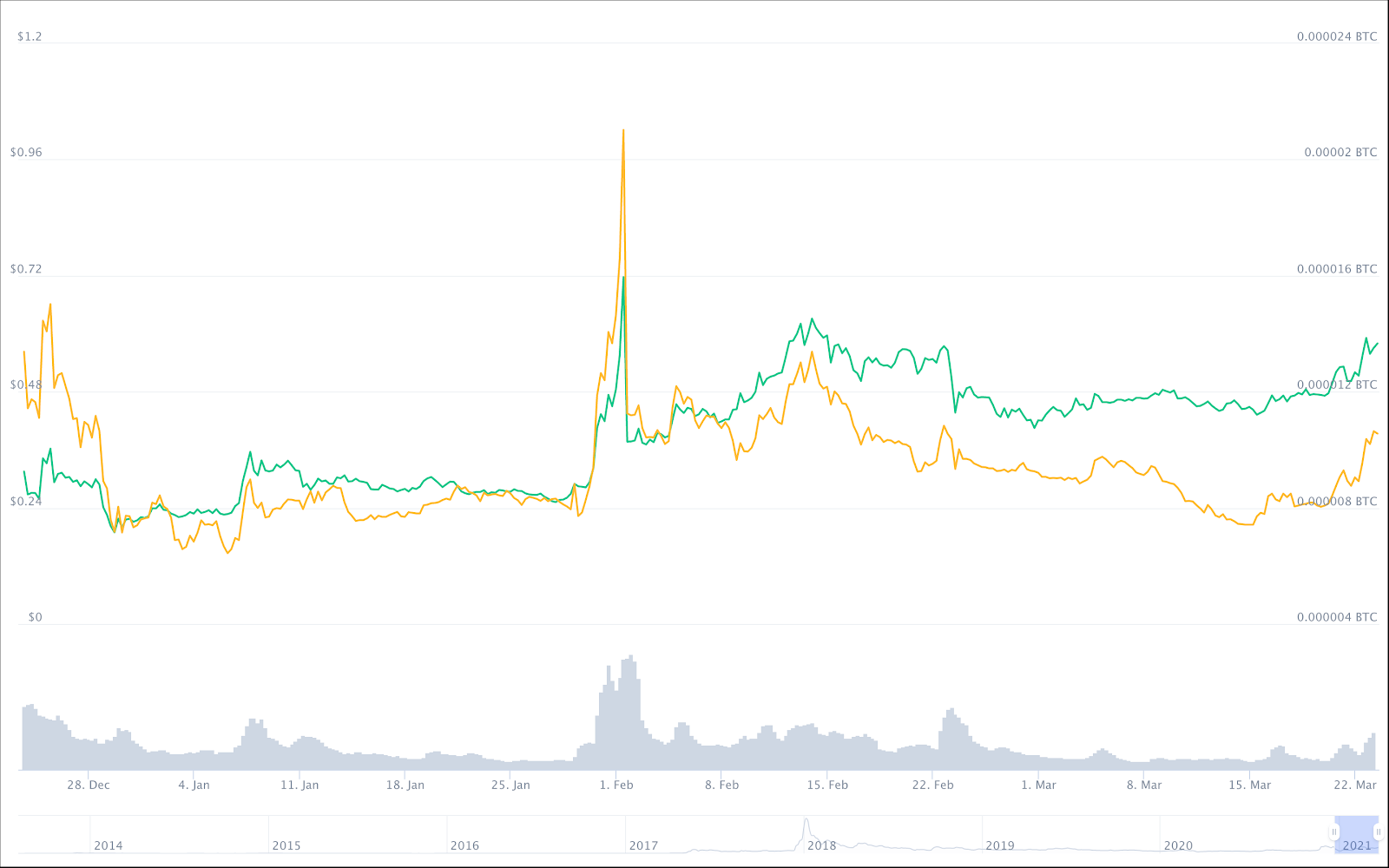 What is affecting XRP’s Value?

Despite the recent increase, you may be curious why overall, the value of ripple has remained low. This is in part due to an ongoing legal challenge by the United States’ SEC against ripple CEO Brad Garlinghouse and Co-founder Chris Larsen. On December 22, 2020, the SEC alleged that since 2013, the two had raised $1.3 billion via ongoing, unregistered securities offerings since 2013. Popular exchanges like Coinbase delisted the token in January due to the ongoing legal challenges which have affected the buying and selling of XRP tokens.

Despite the legal challenges, XRP enthusiasts have helped bolster its value through campaigning as new insights have emerged in the case. Most recently, attorney Jeremy Hogan shared on Youtube a video that purported the judge overseeing the case viewed the XRP token more as a utility than a security.

“My understanding about XRP is that not only does it have a currency value, but it has a utility, and that utility distinguishes it from bitcoin and ether,” Hogan quoted the judge.

This recent attention on Ripple has been in part the cause of the value surge since the beginning of 2021.

Where is the Ripple Price Headed?

The future value of XRP is currently riding on the outcome of the SEC court case against Ripple. One important determiner of XRPs value will be the decision by exchanges on whether or not they relist it and when. One prediction on XRP’s future value noted the potential for a bullish run instigated by the recent media attention, which could put it on track to toward 0.88EUR or 1USD.  As of early April 2021, this goal has nearly has been reached.

Overall, the technology underlying the Ripple platform remains strong and valued within the community. This suggests long-term resilience provided the organization handles the current allegations of the SEC. 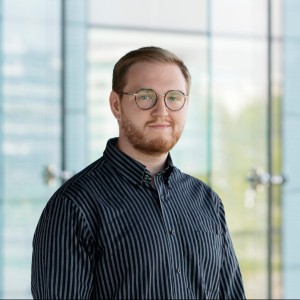 Crypto-enthusiast, fintech writer, and music composer based in Helsinki, Finland.
0 Comments
Inline Feedbacks
View all comments
PrevPreviousWhere and How to Buy Ethereum
NextCrypto is going mainstream everywhere – Weekly news 14/2021Next
Sign up