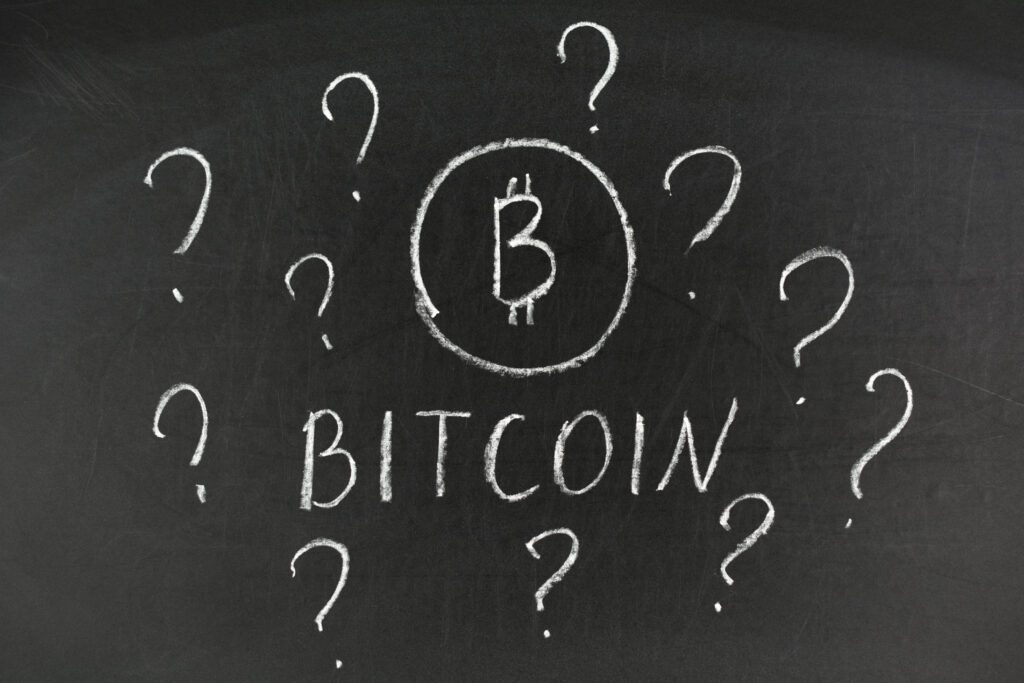 Bitcoin / What is Bitcoin exactly? The Past, Present, & Future of BTC

What is Bitcoin exactly? The Past, Present, & Future of BTC

Bitcoin is an asset, a payment network, and – for some – a philosophy.

In the early days of its lifecycle, bitcoin (BTC) was little more than “magic internet money.” After emerging out of an internet cryptography forum in 2008, for years, this asset was merely an obscure hobby for anarcho-capitalists.

Today, however, bitcoin has evolved into an industry worth hundreds of billions of dollars. Its list of investors is impressive and keeps growing. Companies like Tesla, Stoneridge, Square, and Microstrategy have also added BTC to their balance sheets.

Why has bitcoin become so popular? Several analysts have pointed to the asset’s anti-inflationary properties in the wake of government money-printing related to COVID. In bitcoin’s early days, its potential to wrestle power away from banks and financial institutions attracted many investors.

Now that central banks worldwide have added vast amounts of fiat currency to the economy, investors could be drawn to BTC for similar reasons.

Regardless of the cause, however, one thing is for sure: Bitcoin is bigger than ever.

What is Bitcoin (BTC)?

The US government controls aspects of the USD that impact the inflation rate. Some of those aspects are the supply of USD and the determination of interest rates. The US government’s economic relationships with other countries in the global economy can also impact the value of USD.

In other words, the actions that the US government takes today can significantly affect the value of your money tomorrow. Say, the US government decided on Monday to double the supply of USD on Tuesday. The value of each USD would then instantly be cut in half. In that case, there might not be much US citizens could do about it.

Decentralized currencies, by contrast, are not controlled by a centralized authority. If a currency is truly decentralized, no central entity can choose to change its parameters.

Of course, decentralized currencies don’t appear by themselves. They are designed and created by people – usually, a small group of people. Therefore, the creators of these coins play an essential role in determining the supply of a cryptocurrency. The creators also define how decisions about the currency’s functionality will be made in the future.

For example, bitcoin appeared thanks to a pseudonymous coder who went by the name “Satoshi Nakamoto.”

Who is Satoshi Nakamoto? What role does Satoshi play in the Bitcoin network?

There are some theories about who Satoshi Nakamoto, the mysterious creator of Bitcoin, might be. Some have pointed to Hal Finney, a console game developer and an early member of the “cypherpunk movement.” Others believe that Satoshi may be computer scientist Nick Szabo or even a group of people. nChain Chief Scientist Craig Wright has claimed that he is, in fact, Satoshi (though his claims are highly disputed.)

In any case, as the creator of Bitcoin, Satoshi was the entity that set out the network’s operating parameters. For example, Satoshi was the one that determined that there would be a fixed supply of BTC. As such, no more than 21 million bitcoins will ever exist. This fixed supply has caused many analysts to described BTC as an anti-inflationary asset.

However, even though Satoshi Nakamoto created the network, he doesn’t control Bitcoin. Instead, the network is “owned and operated” by its users — a centralized authority does not control it. Additionally, the Bitcoin network does not rely on a third party to process its transactions. This is why people describe Bitcoin as a “peer-to-peer” network.

“Bitcoin users peer-to-peer technology to operate with no central authority or banks; managing transactions and the issuing of bitcoins is carried out collectively by the network.” This is how Bitcoin.org describes the network’s decentralized model.

Additionally, “Bitcoin is open-source; its design is public, nobody owns or controls Bitcoin, and everyone can participate. Through many of its unique properties, Bitcoin allows exciting uses that could not be covered by any previous payment system.”

Satoshi Nakamoto created Bitcoin with a particular set of parameters that haven’t really changed since the network’s inception. However, it could be possible to change BTC’s protocol. For this to happen, the majority of users who keep the network running would have to agree to a proposed change.

This is how new bitcoins are added to the circulating supply. When users mine all 21 million BTC, they will still earn financial rewards from transaction fees.

As more and more bitcoins are in circulation, there is an increase in the network’s “mining difficulty.” This means that users require more computational power to mine BTC as time progresses. As a result, it has become nearly impossible to mine BTC without a roomful of expensive computing equipment. Additionally, the network undergoes a “halving,” when mining rewards are cut in half every four years.

To mine bitcoins, a miner must set up a “full node.” A full node is a computer on a blockchain network that keeps an updated copy of the entire blockchain. It is possible to run a full Bitcoin node without becoming a miner. While there are no financial benefits to this practice, running a full node does increase the network’s speed and security.

What coding language is Bitcoin written in?

On any cryptocurrency network, the protocol that is responsible for the network’s functionality is what we call a “consensus algorithm.” Through consensus algorithms, nodes on a blockchain network form an agreement on whether transactions are valid.

When transactions are verified, they are placed into bundles of data, or “blocks.” The blocks are added to a public ledger in a linear fashion – a chain. Thus, the name: “blockchain.” Each time the ledger is updated, the network must reach a consensus. Nobody can make changes and additions to the ledger unless consensus is reached, which is why blockchain ledgers are so secure. The Bitcoin network operates on a “Proof-of-Work” (PoW) consensus algorithm.

The question of which coding language Bitcoin was written in has a complex answer. This is because the network as we know it is not one piece of software. Instead, it is a set of protocols and network standards. Like most protocols and standards, it is defined in natural language in the Bitcoin whitepaper. Therefore, the network consists of software coded in a variety of programming languages.

Why was bitcoin written in C++?

It’s not entirely clear why Satoshi Nakamoto chose C++ as the language to write the Bitcoin Core protocol in. A few theories attempt to explain that. For example, Bitcoin.SE moderator Mark “Murch” Erhardt wrote on Bitcoin.StackExchange that “[C++] provides very tight control over memory usage.”

“Since Bitcoin Core is a security-critical application that is directly exposed to the Internet, it is nontrivial to guarantee that there is no way to trigger it to allocate large amounts of memory, thrashing the machine’s swap space, or worse, killing the process,” Erhardt explained.

Interestingly, Bjarne Stroustrup, the creator of C++, was not very happy that the language was used for BTC. “BTC mining…uses as much energy as Switzerland and mostly serves criminals,” he said in 2019.

Mr. Stroustrup isn’t the only one who holds a negative opinion of BTC – and he’s not exactly unjustified.

After all, the network’s carbon footprint is considerable. According to this Bitcoin Energy Consumption Index, the network produces 36.95 megatons of CO2 annually. Some have compared the footprint to the size of many countries, including New Zealand, Chile, and, yes, Switzerland.

However, many Bitcoin advocates have argued that a great deal of the energy that the network uses comes from renewable sources. Others have pointed out that traditional financial systems also have large carbon footprints.

Bitcoin whales and Other disadvantages

Bitcoin whales are individuals or entities who own enough Bitcoin to influence or even control the currency’s value. The whale grows in size in proportion to the price movement.

According to BitInfoCharts statistics, the top ten BTC wallets own 6% of all BTC in circulation (approximately $50 billion), while the top 100 wallets control over 15% of all BTC ($124 billion).

Bitcoin also has several other public image problems. Because users can send transactions anonymously (or at least pseudonymously), there is an association between BTC and crime. Bitcoin was the primary currency of the illicit deep-web “Silk Road” network, which sold everything from marijuana to hired hits.

However, as BTC is growing in popularity, it is increasingly used for legitimate purposes. As such, its criminal associations have arguably grown less influential.

However, Bitcoin’s slow transaction speeds have had an interesting effect on how people use BTC. Instead of using bitcoin as “digital cash” for everyday purchases, more and more investors now view BTC as “digital gold.” It’s is common to buy and hold bitcoin as a store-of-value.

Is bitcoin a good investment?

Because bitcoin has become so prolific, it’s never been easier to buy, sell, trade, or store it. One can easily purchase BTC on many cryptocurrency exchanges, including Coinmotion. You can store bitcoin in online “hot” wallets or offline in “cold” hardware wallets. Before investing in any asset, it’s vital to do your research and get to know what it is and what potential it has.

Users can also store bitcoin in cryptocurrency exchange account wallets. In that case, be sure to check the exchange’s cybersecurity practices and insurance policy in the event of hacking.

What are your thoughts on bitcoin’s meteoric rise? Let us know in the comments below.

Fintech writer and opera singer with a special interest in the intersection of arts and finance.
0 Comments
Inline Feedbacks
View all comments
PrevPreviousBitcoin is one of the world’s largest currencies – Weekly news 12/2021
NextBitcoin Investors Are Not Gamblers but Brave InnovatorsNext
Sign up