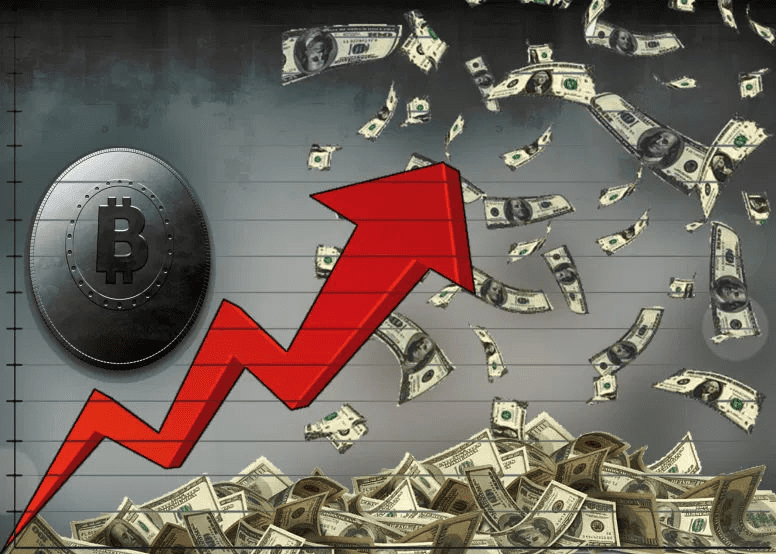 Bitcoin started in 2009 as a modest project by a few nerds dreaming of a better financial instrument – a money that could not be manipulated and was owned by humans themselves. Now, merely a dozen years later, that dream seems to be turning into a reality.

According to Deutsche Bank, Bitcoin has grown so much that it is at least the third or fourth largest currency in the world. It is only surpassed by the dollar, euro and with all likelihood the Chinese yuan. Bitcoin is such a significant phenomenon that it can simply not be ignored anymore.

This week we will take a closer look at Deutsche Bank’s report on the matter. Among other news we have the growing number of Bitcoin wallets and how Russian crypto users bypass restrictions with buried treasures.

Bitcoin is the world’s third or fourth largest currency

Multinational investment bank Deutsche Bank has published a fresh report ranking Bitcoin as the third largest currency in the world. According to Deutsche Bank, only the dollar and euro remain larger than Bitcoin, as the cryptocurrency recently surpassed a market cap of $1 trillion dollars.

However, comparing Bitcoin to fiat currencies is not unequivocal, as Deutsche Bank also notes in its report. There is a limited number of circulating bitcoins, whereas central banks can print more fiat currency practically without limits. Central banks and politicians can also manipulate the value of fiat currencies with interest rates, taxation and so forth.

A noteworthy fact is that the report completely lacks the Chinese yuan, which is estimated to be at a similar magnitude as all bitcoins and likely even above it. However, the yuan cannot be freely exchanged to dollars or euros, whereby its reliable comparison is much harder than in the case of Bitcoin.

Despite all these factors, the report concludes that Bitcoin has grown too large to simply be ignored anymore.

The number of BTC wallets containing bitcoins has reached a new all-time high, reports blockchain analysis firm GlassNode. Last Friday the number of these addresses rose above 36.89 million. Thereafter the number has shifted a bit, but still remains above 36.77 million.

The number of BTC wallets and addresses containing bitcoins does not directly correlate with the number of users, since a single user can practically have numerous BTC addresses. Many programs also automatically generate new addresses to a single user for different purposes.

On the other hand, bitcoins can also be owned by parties who technically don’t have a single BTC address of their own. Certain exchanges and other platforms store customers’ bitcoins in their own services, which also obscures the true number of BTC users.

In any case, the news is excellent for Bitcoin, since it strongly suggests both the use and user numbers of Bitcoin are growing to some extent.

Russian dark markets have developed a new way to trade cryptocurrencies to rubles without leaving any trace in banks or exchange services. The method is known as “клад”, translating to “buried treasure”.

In essence, the method works by burying large amounts of cash around forests and other remote locations. After this the bitcoin vendor transfers the coins to the buyer, who in turn gives coordinates to retrieve the buried rubles.

The security of the system is enforced with a reputation mechanism. Reliable sellers and buyers gain positive feedback from others, while deceitful parties are flagged with negative feedback.

Geocaching has earlier been used for illegal markets and as a recreational hobby, but now it seems the innovation has also found its way to cryptocurrencies.

BTC searches in Turkey explode in wake of weakening lira

The Turkish lira dropped roughly 17% on the 22nd of March, marking its worst loss of value in 20 years. Soon after the drop, Google searches for the term “Bitcoin” spiked in Turkey up to 566%.

The recent flash crash of lira’s value is connected to Turkish president Recep Tayyip Erdoğan’s decision to fire central bank governor Naci Agbali. Agbali’s removal has been questioned, since he was credited with helping the lira thrive and improving the country’s economy.

The growing Bitcoin interest among citizens seems to be linked with distrust toward Erdoğan’s financial policy. The search numbers exploded immediately after the news reached a wider audience. The number of BTC searches emanating from Turkey also marked an all-time record for the country.

Since Bitcoin is independent from political interference, it is regarded as an excellent way to protect citizens against questionable financial policies.

Microsoft is currently conducting a survey to map the payment behavior of its customers. The questions are aiming to clarify what kind of new payment methods Microsoft should launch on Xbox. One of the options given in the survey is Bitcoin.

Microsoft has already allowed the option of paying with bitcoins in 2014 both for Windows programs and Xbox games. However, this project only lasted a few years.

Now it appears the BTC payment option has been reinstated by Microsoft for at least some customers. The survey in turn suggests Microsoft may further expand its BTC payments based on feedback.

While Microsoft as a company is rather Bitcoin-positive, it has also announced it will not directly invest in the asset. Both the company’s founder Bill Gates and current CEO Brad Smith have directly declared Microsoft will not invest in bitcoin.

Cryptocurrency enthusiast who has several years of experience about using cryptocurrencies and writing about them.
0 Comments
Inline Feedbacks
View all comments
PrevPreviousHow to sweep funds from a bitcoin paper wallet or Denarium coin to a mobile wallet
NextWhat is Bitcoin exactly? The Past, Present, & Future of BTCNext
Sign up