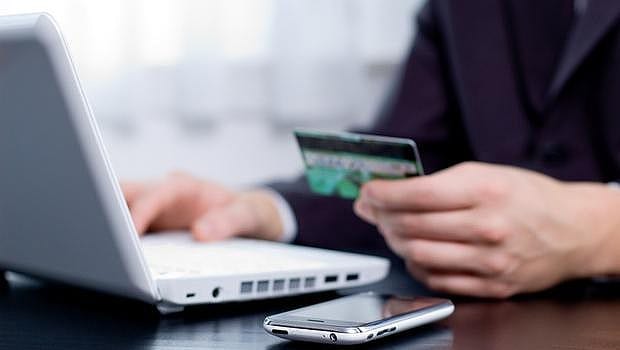 Bitcoin / The Psychological Pitfalls of Trading and How to Avoid Them

The Psychological Pitfalls of Trading and How to Avoid Them

Profitable investing usually requires an investment plan that works in practice. At the same time investors should also be aware of the possible pitfalls which can cause mistakes in one’s own commerce. Mistakes in turn lead to the birth of losses instead of profits.

Trading is regarded as short-term investing. There are several psychological mistakes related to trading, which investors can easily do – especially when not aware of them. These mistakes are good to acknowledge beforehand, so they can wisely be avoided. This article will delve deeper into a few of these pitfalls.

However, the article does not deal with long-term investing, in which the aim is to buy and hold the investment target for several years. Long-term investing has somewhat different rules compared to trading.

In the article investing and trading are nonetheless paralleled, since the same psychological mistakes should also be accounted for in long-term investing.

But let’s cut to the chase.

One of the biggest psychological mistakes on the investment markets is overoptimism. This means that the investor believes one’s investment will yield good profits while the reality in its features and environment do not support this.

Such overoptimism may be the result of a trader’s inability to accept even minor losses. For instance a loss of 5% is usually easier to bear than a loss of 20%. Especially in situations where the trader’s investment plan accept a maximal loss of 5%, after which stop losses are triggered and prevent the birth of bigger losses.

Losses exceeding the investment plan’s numbers may cause a situation in which the investor’s entire position is endangered. This is good to remember particularly on the bitcoin and cryptocurrency markets, where occasional volatility may easily cause bigger losses and the whole position should not be endangered due to one trade.

So if indicators flash red while trading, a trader should act in order to protect oneself from one’s own overoptimism. Or if a trader can’t function according to plan, there’s reason to change the plan or scrap it and just trade on intuition.

Faith and trust are respectable features in many of life’s important fields, but when investing faith-based decisions can often be fatal. More precisely, investment decisions should be motivated by concrete functions so the investment plan can be expected to practically work. In other words, such investment decisions do not rely simply on faith, but also have a concrete base to support them.

Hopium is a term used on the markets to define this tendency to ignore acquainting oneself with details.

Therefore details are worth attention, so the negative effects of hopium can be avoided.

However, for most people managing one’s own life is challenging enough, so investors should not think they can control the markets. Perhaps a good memory rule is that a drop in the ocean moves with the waves, but one drop cannot move the waves.

In practice, this means that since one cannot expect perfection from oneself on the markets, mistakes can happen. And they happen to everyone. But his is a good thing, since no one needs to be perfect on the markets. Accepting this is also good for every investor’s psychology.

To sum it up, everyone makes mistakes on the markets and nobody is perfect. But mistakes should of course be analyzed in order to not be repeated.

The need to be right

Trading is continuous studying and learning new things. Some may at times feel like they know everything, but this is often the most dangerous misconception on the markets. If a trader believes they know everything about their investment, this hubris may lead one astray. It’s good to remember that no one knows everything and is unlikely to ever come to know it. Especially on the investment markets.

Several master-class investors and traders have throughout the times warned about this hubris, or exaggerated confidence. Investors may also tend to think they are their own leaders on the markets, and that they can make decisions against all indicators and concrete data and outsmart the markets. And therefore their own intelligence turns to profits.

This is, however, usually not the case. Instead a trader should trade arrogance to humility and be open to new information and practically tested teachings by wiser market actors. The market itself is often the best teacher. But this teaching can only be learned if one is open to it. So arrogance on the markets should be avoided, or else one risks succumbing to hubris.

Another topic is who one listens to and what information is used to support one’s own analysis. Either way, a trader should be cautious and humble on the markets, and always be ready to develop and learn new things. Thereby openness and humility are very good features for a trader.

Overanalyzing is probably a trader’s biggest psychological mistakes. This overanalyzing includes a fear of making mistakes, which in turn renders the trader unable to make decisions at all. In this case a trader does not invest or trade, meaning one does not lose money but also fails to gain it.

At worst this overanalyzing can lead to a situation in which the trader only analyzes and calculates different probabilities while waiting for a safe moment to enter the market. This in turn leads to unnecessary hesitation, in which decisions should be made but are avoided by the trader. Therefore a good moment to buy is lost and the trader only wastes one’s own time on the markets without taking any action.

There is, however, a cure for this overanalyzing. And that is simply to try different ways to gain profits with smaller sums. So a trader must face one’s fear in order to defeat it. And nothing is a better cure for fear than a well-constructed investment plan, according to which one also acts on the markets.

Therefore the most important thing on the markets is taking action, since it enables profits. Without, of course, ignoring or belittling other psychological pitfalls.

This article does not present any investment recommendations, nor should it be interpreted as such. Gaining profits on the markets often requires deep-rooted knowledge and several years of experience.

Experienced cryptocurrency investor and content creator.
0 Comments
Inline Feedbacks
View all comments
PrevPreviousHow to Invest in Cryptocurrency? Creating An Investment Strategy That Works for You
NextComparing Smart Contract-Platforms: Will Any One Network Be the ‘Backbone’ of DeFi?Next
Sign up