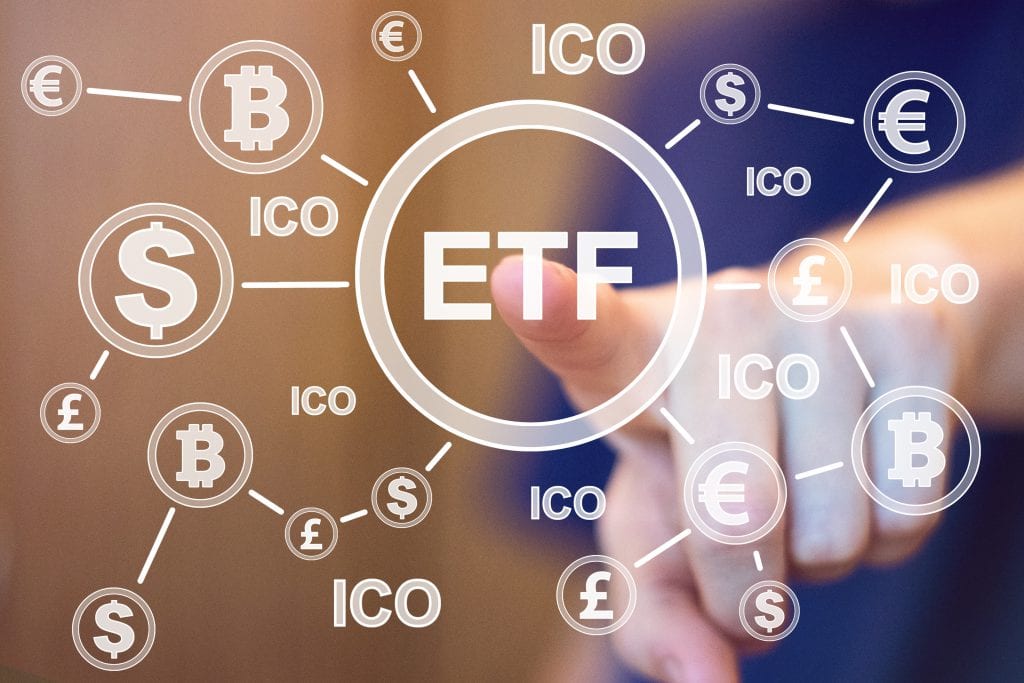 The start of the year 2018 was fueled with the hype around mainstream cryptocurrency adoption through accessible investment products and ICOs that could transform the way of early state fundraising. We saw launch of the CME and CBOE Bitcoin futures in late 2017 and there were several ETF applications under preparation/filing for Securities and Exchange Commission (SEC) to approve in the US. However, as the year passed much of the hype faded along with the sharp decrease in the cryptocurrency prices and we saw only gradual progress when it comes to investable cryptocurrency products and instruments. In this article we highlight few important developments that occurred during the year.

The first year for regulated Bitcoin Futures – how did they survive

CBOE Bitcoin futures were the first regulated Bitcoin derivatives in the markets. The launch of futures happened in December 2017 and these were cash settled version of the futures, meaning that the settlement happens in cash instead of actual Bitcoin deliveries (see the contract specifications here). This was the faster and easier way to go to the markets, as you wouldn’t need to arrange custodian or transfer/settlement of the actual bitcoins. Even the CBOE was first to launch the regulated futures, but they didn’t manage to lead the way for long. As we see below the CME Bitcoin Futures, that were launched only week after CBOE’s, bypassed the CBOE’s trading volume in March and have been leading volume-wise since.

CBOE futures have been able to attract a stable customer interest (see the Open Interest chart below), although the institutional interest has clearly receded during the year. CBOE has been also exploring several other cryptocurrency linked instruments like Ethereum Futures and an ETF. The ETF application was rejected earlier in the autumn by the SEC.

CME Bitcoin Futures were launched also in December 2017 during the cryptocurrency hype period. The CME Bitcoin Futures are cash settled like the CBOE Bitcoin Futures and have been trading without major hiccups during the year. As noted above, the CME Bitcoin Futures have been attracting the largest volume in the regulated Bitcoin futures markets and the volumes have been steadily growing towards the end of the year, which is a signal that the futures markets are not purely driven by the market hype. Record volume day was on the 20th of November 2018 and the interest has been growing steadily towards the first anniversary of the futures on 18th of December 2018. Total contracts traded since the launch has been 893k equivalent of 4,5M BTC or $32B in notional value as seen in the first year recap table below. Daily average volume has been 17.7k BTC or $127M in notional value, that compares well also to the volumes of unregulated exchanges that offer the BTC/USD trading pair on the spot markets. As a comparison, most of the highest volume exchanges provide BTC trading only through stablecoins like Tether.

All in all, the year 2018 for CME Bitcoin Futures has been fairly successful and the futures have been able to attract a meaningful client interest and volume relative to the overall Bitcoin trading volumes. Nevertheless, the CME is not actively seeking to list new cryptocurrency products. According to the CEO, they will wait and see how the markets mature and evolve in the future.

The much-hyped case of a Bitcoin ETF

The futures markets were targeted to the institutional investors and investors who have access to the futures trading trough their brokerage accounts. However, the greatest leap for enabling the mainstream adoption for Bitcoin and other cryptocurrencies would have been the approval and issuance of a Bitcoin ETFs, which still has not happened. Bitcoin ETF’s promise is made around the easiness of trading and the regulatory governance that strengthens the investors’ protection. During the year, there were several applications filed to the SEC in the US. They were mostly postponed and eventually rejected due to various concerns around the cryptocurrency market.

Various alternative ways of structuring the Bitcoin ETF have been proposed to the SEC. The differentiating features have been:

See the complete list of ETFs and their strategies that were filed to SEC as of July below.

ETNs are structured products that are issued as senior debt notes, while ETFs are funds that hold an actual stake in underlying stocks, bonds or commodities. An ETN is an unsecured debt note issued usually by a financial institution. Just like with a bond, an ETN can be held to maturity, bought or sold at will in the exchanges, and if the issuer (usually a bank) were to go bankrupt, the investor bear a credit risk of the issuer. In case of an ETF, the fund holdings are kept separately with the third party custodian.

The controversies around the ETF approval have been discussed widely in the media. The arguments in favor of the approval have emphasized that the investor protection would be much better emphasized in an ETF compared to the unregulated trading currently happening in the cryptocurrency space, where retail investors are exposed increasingly to various scams and untrusted trading platforms. The ETF would introduce discipline from the regulated markets to the trading and custody of the holdings for the retail investors. The issuers/authorized participants/custodians would be able to self-regulate the markets by limiting the counterparties they use, the way the custodianship is organized and setup and standardize the way cryptocurrency markets operate. One of the controversial topics is the question of how the Bitcoin futures are allowed to be traded in the regulated markets by the Commodity Futures Trading Commission (CFTC), but cannot be used in the underlying instrument in the future based ETFs that is governed by the SEC.

There seems to be inconsistency if we compare the regulator’s stance to other ETFs listed in the markets. Some of the ETFs use regulated futures as an underlying instrument and the market structure is pretty similar to the cryptocurrency markets. For instance, physical commodities trade mostly over the counter or in peer to peer markets similar to cryptocurrencies without standardized surveillance capabilities and yet futures representing these commodities are used in ETFs. One could also state that the fast growing cryptocurrency hype has resulted in an extremely conservative in an extremely conservative attitude from the regulatory side, and consequently they will investigate the cryptocurrency product innovation thoroughly and emphasizing publicly their duty to protect retail investors.

The major concern that has influenced on the rejection of various applications has been the unregulated nature of the cryptocurrency markets and trading. The lack of regulated exchanges is a major hurdle as integrity and surveillance of the market cannot be guaranteed and supervised in a proper way. There is serious evidence of various market manipulation practices (wash trading and pump and dump schemes) happening in the cryptocurrency markets. There needs to be a proper way to enforce market surveillance via surveillance sharing agreements with the exchanges. Another problem claimed in the most standardized exchanges like Gemini, is that their liquidity is too low compared to the total market volume to be used as an reference price for the ETF. The low volume can expose to a possible market manipulation of the ETF share price. The New York State Office of the Attorney General published Virtual Markets Integrity Initiative report in autumn that highlighted similar problems and various deficiencies among the major exchanges included in their research. The key findings pointed out in the report are:

The statements from SEC during the year imply that the are no shortcuts when it comes to bringing the Bitcoin ETF into the market. The infrastructure layer needs to be developed first according to the financial market regulation to support the approval of the cryptocurrency linked financial instruments.

How about Europe – are we lagging far behind in cryptocurrency productization?

The US has been traditionally in the forefront of financial innovation and productization, and cryptocurrency industry development and integration to the financial industry is no exception. Nevertheless, some of the European countries have been more agile in the approval of cryptocurrency linked financial instruments. The first tradable listed cryptocurrency linked products (ETNs) have been in the market already since 2015 and recently another ETN, basket of cryptocurrencies as an underlying asset, was listed in Switzerland in November 2018. Switzerland has also been proactive in many aspects of the cryptocurrency and blockchain industry regulation. There are also few other products listed as a debt instrument/certificate format in Europe. Altogether for European investors there has been alternative ways of taking cryptocurrency exposure through their brokerage accounts far earlier than in the US. The distinction to make here is that none of these are structured in a fund format that would be eligible to be listed as an ETF.

European regulators like The European Securities and Markets Authority (ESMA) have been more passive in their communication and stance towards cryptocurrencies compared to their US counterparties, which has held up the financial product innovation related to the cryptocurrencies in the EU. Some of the individual countries both in EU and non-EU have stood out from the passive policy approach and been actively persuading industry players with flexible domicile arrangements, taxation and financial regulation framework to enhance the mainstream cryptocurrency adoption.

What to expect from the financial product development in 2019? – Don’t hold your breath

Going to the year 2019 the general hype around cryptocurrencies and financial instruments linked to them has mostly evaporated and the expectations are more realistic about the industry progressing towards mainstream adoption. The notable thing is that much of the requested infrastructure layer for financial instruments support has been making a meaningful progress during the year mainly in the US.

Fidelity Digital Asset has launched their custody and execution services targeted towards institutional investors. Bakkt is about to launch trading and custodian services designed to meet applicable regulatory requirements in addition to collaborating with ICE Futures U.S. and ICE Clear U.S. to launch first physically delivered bitcoin futures. Yet another futures launch is scheduled also in Q1 2019 by Nasdaq in collaboration with VanEck. On the ETF side in the US there are still few applications under review by the SEC and these are scheduled to come out in Q1 2019. The application that the highest possibility to get approved is the VanEck/SolidX Bitcoin ETF, in which the decision deadline was extended to 27th of February.

In Europe the markets are still expecting general clarifications from the regulators regarding cryptocurrencies and the applicable regulation when it comes to financial products that are linked to cryptocurrencies. The Securities and Markets Stakeholder Group (SMSG) released a report in October including suggestion to the ESMA on how to approach the issue of regulating cryptocurrencies and how the relevant legislation should be implemented.

All in all, the infrastructure and regulatory layer is making a slow progress towards the level that could support the wider financial products issuance. The regulators have put on the brakes in 2018 and made it clear that there are no shortcuts to the market before the building blocks are ready to support the process. The major hurdles like lack of a regulated custodians and exchanges will be eventually solved and much of the progress has been already done. It is likely that we will see incremental progress towards the approval of the various financial products in 2019. 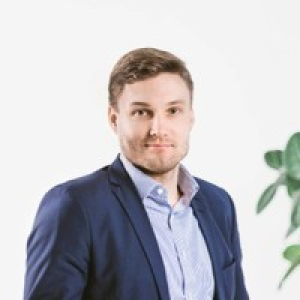 0 Comments
Inline Feedbacks
View all comments
PrevPreviousWeekly News 52 / 2018 : The Burst Shed Many Lesser Actors From Cryptocurrency Space
NextWeekly News 1/2019: Bitcoin is Ready to Rise Like a PhoenixNext
Sign up