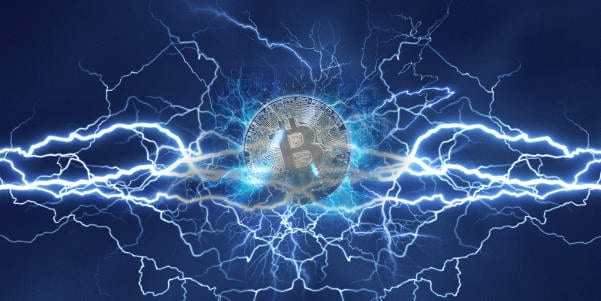 The price of Bitcoin and cryptocurrencies is lowest since the beginning of February. Bitcoin is struggling to keep above $8 000 and all the other main cryptocurrencies are experiencing losses as well.

This is continuation of the trend that’s been going on for the most of the year. After the price of bitcoin inflated greatly in the end of 2017, many proposed that the growth is too fast to be sustainable. Some people were even going into debt to buy bitcoin, which indicated that a bubble was growing.

These continuing corrections seem to give credence to those claims. The price of bitcoin might have grown too fast for the real ecosystem behind the cryptocurrency.

On the longer scale these kind of brief fluctuations of price don’t matter that much. Bitcoin has always begun the year higher than last year. The real deal behind Bitcoin and cryptocurrencies isn’t just price speculation, but the technology that can help to revolutionize economy.

As the price of bitcoin and cryptocurrencies fights to find some direction for itself, the technological advancement and development of Bitcoin is going smooth.

Beta release means that the software contains all the necessary features and safety-measures to be used on the Bitcoin’s mainnet. As Ind is still in its beta, it might still contain some minor bugs. Nonetheless the company is encouraging experienced users to experiment with the new features.

“We’re calling this lnd release a beta as it has all the necessary safety, fault-tolerance and security features that we’ve deemed necessary to feel comfortable with early users to start experimenting with small amounts of real bitcoin and litecoin,” Lightning Labs CTO Olaoluwa Osuntokun told Bitcoin Magazine.

According to a recent update on Google’s Financial Services policy, Google will begin to ban all cryptocurrency-related advertising of all types beginning in June 2018. The ban will also affect advertisement dealing with the ICO-investing.

“We don’t have a crystal ball to know where the future is going to go with cryptocurrencies, but we’ve seen enough consumer harm or potential for consumer harm that it’s an area that we want to approach with extreme caution,” Scott Spencer, Google’s Director of Sustainable Ads, said in a CNBC interview.

Facebook has previously implemented a same kind of policy which severly restricts Bitcoin and cryptocurrency advertisement. Cryptocurrencies are pushing inevitably towards mainstream, but many of the big players are fighting back.

“We can understand that Google needs to be overprotective, but we hope Google will review its policies soon to allow for advertisement of established and trusted players in the field,” continued Heidi Hurskainen, the Chief Commercial Officer of Prasos and the VP of the Finnish Cryptocurrency Association Konsensus.

As the big western companies are limiting Bitcoin advertising and services, a development of other kind is occurring in the Russian Federation. The biggest Russian IT firm, Mail.Ru Group, has stated that it will allow the advertisers and owners of advertising sites to pay and be paid with cryptocurrencies while using the company’s advertisement platform myTarget.

This is a major step in Russian Bitcoin adoption, since almost everyone in Russia uses some of Mail.Ru’s services. The company is responsible for such services as VKontakte (the Russian Facebook), several mailing services and many popular online games.

“We tend to give our clients maximum opportunities for their business development. The myTarget platform will become a starting point for the ecosystem, which will develop in the future and include other products of Mail.Ru Group, including gaming project,” the first deputy chief director of Mail.Ru Group, Dimitri Sergeev, said in a statement.

The Crown Prince of Liechtenstein Might Invest in Bitcoin

“Particularly this whole new digital economy, it is something to look into more into the future,” Alois told CNBC.

Alois is also a believer in the power of blockchain, the technology powering Bitcoin. According to Alois, the government of Liechtenstein could utilize blockchain technology to make the public sphere for efficient.

Playboy to Develop a Wallet for Adult Cryptocoin

Playboy Enterprises will release an online cryptocurrency wallet that will support the coming Vice Industry Token (VIT). According to Playboy the users can pay with cryptocurrency to access exclusive content. The wallet is set to be released by the end of the year.

The Vice Industry Token ICO sale is currently on. Users can buy VIT via ethereum. In the first 24 hours of ICO a total of around $22 million were bought.