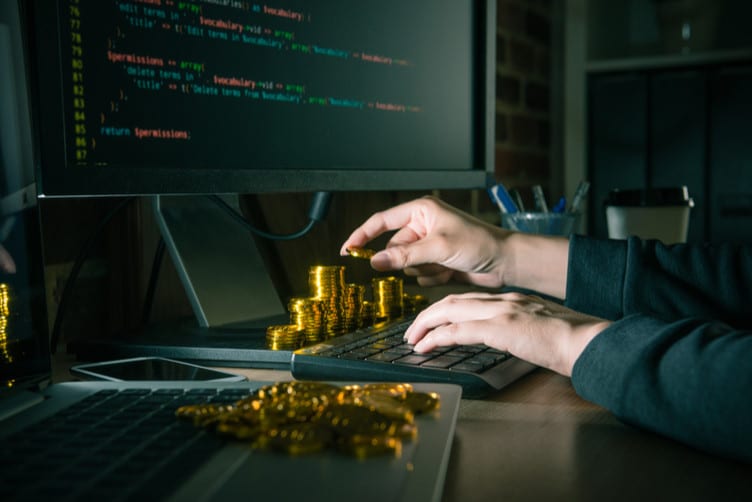 Several reasons are speculated to be behind this drop, with many pointing towards rumours that Binance, one of the largest cryptocurrency exchanges in the world, was hacked. Binance later denied this rumour, but confirmed that there had been some “irregular trading activities” and some user accounts might have been compromised by phishing attacks. Some suggest that bots were behind these irregularities. Binance assured that all its customers’ funds were safe, but the markets nonetheless reacted aggressively to the hacking accusations.

Another probable cause for the reason is the huge amount of new bitcoins suddenly entering the markets. Nobuaki Kobayashi, bankruptcy trustee for the late bitcoin exchange Mt.Gox, has been reported to have sold over 35 000 bitcoins and 34 000 Bitcoin Cash tokens in order to pay Mt.Gox’s creditors. Mt.Gox’s former CEO Mark Karpeles has confirmed these rumours.

Some US. Citizens Can Soon Pay Taxes With Bitcoin

On March 7th the Ways and Means Committee of the Arizona House of Representatives passed a bill that would give citizens of Arizona the right to pay their taxes with bitcoin and other cryptocurrencies. The bill has to pass three readings before it can further advance in its path of becoming a law.

According to the bill the citizens could pay for their taxes with cryptocurrencies, which the state would then have to change to dollars within 24 hours. The reports would suggest that the bill enjoys popularity among the legislators and it would very well pass into a law. The new law is seen as a possibility to attract more business to Arizona and give the citizens more options to pay for their taxes.

Though Arizona’s legislation is closest of passing to a law, other states are following its suit. Both Georgia and Illinois are considering a same-sort legislation that would allow the citizens to pay for their taxes using cryptocurrencies.

Blockchain in Use to Protect Democracy

Blockchain has been used for a first time in an official presidential election, according to Swizz-company Agora that specializes in voting technology. Agora developed and operated a tallying system to be used in Sierra Leone’s presidential elections. According to Agora’s COO Jason Lukasiewicz the government of Sierra Leone wanted to use Blockchain to ensure the transparency and security of the elections.

“This is the first time in history a Blockchain has been used in any government election, ever” Lucasiewicz boasted.

Many African developing countries have had a problem with people not trusting their government, and many times for a reason. Though Blockchain-enhanced democracy is still in its infantile stage, the new technology offers a vast potential for transforming our voting and participation systems. Blockchain cannot be manipulated and it is transparent, which means that successful application of Blockchain to a voting system could reduce corruption and increase the trustworthiness of elections.

In Russia a polling research center is going to use blockchain to monitor exit poll results for the Russian presidential elections. The country’s Public Opinion Research Center will use blockchain-powered technology to make their polls tamper-proof and protect them against malicious attacks.

“Until now with exit polls we had to practically shut down the website on polling day in order to avoid it being taken down by DDoS attacks and other breakin attempts from numerous anonymous hackers. Thanks to Blockchain we can enhance the level of data protection from cyber-attacks several fold, avoid weak points while transferring information, and guarantee the integrity and immutability of data” the VTSIOM general director Valery Fyodorovtold told in a press release.

Japan Punishes 7 Exchanges for Not Following the Rules

The government of Japan has punished seven cryptocurrency exchanges for not following regulatory requirements, fining them and shutting two of them down for the time being. According to the Financial Security Agency of Japan the exchanges lacked proper internal control systems, risk management and the prevention of the criminal use of digital money.

One of these exchanges was the ill-fated Coincheck, which was previosly hit by a hack worth hundreds of millions of dollars. FSA gave Coincheck a notice, noting that Coincheck still lacks the proper systems to deal with risks such as money laundering and terrorism financing. It was second of such a notice to Coincheck.

One of the most trusted and esteemed dictionaries of the English language, Merriam-Webster Dictionary, has included the words “cryptocurrency”, “ICO” and “blockchain” to both their online dictionary and the Merriam-Webster’s Collegiate Dictionary print edition. The word “Bitcoin” was added to the dictionary already in the year 2016.

According to the Merriam-Webster dictionary cryptocurrency is “any form of currency that only exists digitally, that usually has no central issuing or regulating authority but instead uses a decentralized system to record transactions and manage the issuance of new units, and that relies on cryptography to prevent counterfeiting and fraudulent transactions.”

Blockchain is “a digital database containing information (such as records of financial transactions) that can be simultaneously used and shared within a large decentralized, publicly accessible network” and ICO is “initial coin offering, an initial offering of a cryptocurrency to the public”.

Though bitcoin’s market price and blockchain technology’s remarkable capabilities usually take the center stage, it is little signs like these that the technologies and new ways of using money are truly becoming mainstream.

Tether is a Cryptocurrency Bound to Dollar

Though cryptocurrency markets have been through a shredder in the end of the week, one of them has fared well, with no waddling on its market price: Tether.

Tether offers this stability with a claim that every tether is backed by USD held by Tether company. One tether is always one dollar. According to Tether their reserves are published daily and audited regularly, so that all tethers in circulation match Tether’s reserves. At this stage it’s very important to mention that many sources have their doubts of the real size of the reserves that the company has.

Many are interested in cryptocurrencies, because they offer an alternative to the current monetary system plagued with problems such as inflation and centralization. Tether differs from most cryptocurrencies in that it tries to utilize blockchain to make the traditional money easier to use and more powerful.

As Tether is supposingly backed by USD and bound to dollar, there is practically no way it will rise in value. Nonetheless it might have its uses. For traders tether could be a way to quickly transfer other cryptocurrencies to “faux USD” and act as a temporary replacement for dollar in quick trading.

A Finnish author who has been writing about cryptocurrencies for over eight years.
0 Comments
Inline Feedbacks
View all comments
PrevPreviousWeekly News 9 / 2018 : February Has Been A Month of Recovery
NextWeekly News 11 / 2018 : First Beta Lightning Network LaunchedNext
Sign up