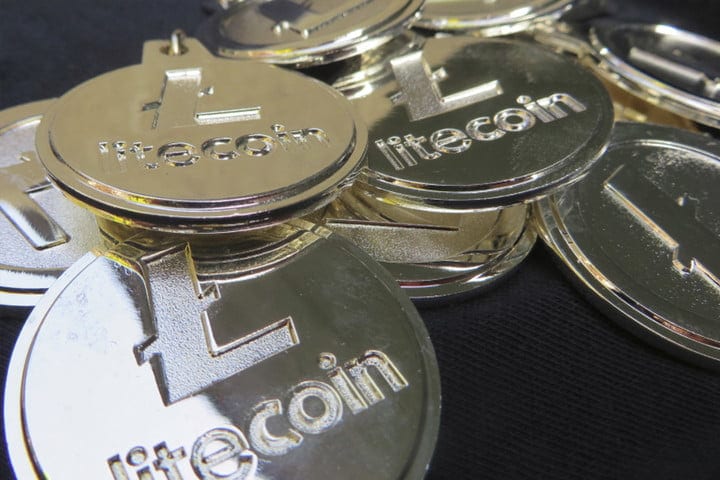 The price of Bitcoin and other cryptocurrencies has been relatively static, failing to break through the 10 000 dollar barriers and making mostly sideways movement. It doesn’t seem that there’s an immediate movement to either direction, up or down. This kind of slowness and silence is understandable, as the markets were extremely overheated at the end of the last year, and it might take months for the normal pace to resume.

Nonetheless this week is interesting, to say the least. We are proud to announce that Coinmotion is now trading Litecoin besides Bitcoin! So if you were interested in altcoins, now is your chance to easily get your hands on one of the best and most respected altcoins.

In other news we have seen few big players telling, that they are building their own cryptoeconomies. One of the largest banks in the world and the social media giant Facebook have hinted of their own coming cryptocurrencies.

In other news we are looking a coming Cryptocurrency Ad ban for Bing search engine, diamonds and the future potential for Bitcoin’s growth!

Coinmotion has launched a new service. Now Coinmotion’s customers can buy litecoin as well as bitcoin. Buying litecoin is just as easy as buying bitcoin and if you already have a Coinmotion account, no further registration is necessary.

“Even though we are still primarily concentrated on Bitcoin, it would be unwise to ignore the other cryptocurrencies. There’s been lots of demand for altcoins, and due to our growing resources we are now able to fulfill that demand,” Henry Prade, the CEO of Prasos, indicated.

Currently the Coinmotion Wealth customers have also access to other cryptocurrencies that can be traded through Prasos. In the future also our ATMs are going to include Litecoin.

We have also published an in-depth guide to Litecoin in both English and Finnish for those interested.

The global financial advisory company Fundstrat Global Advisors has released a new research, in which the company estimates that Bitcoin will reach prices of 36 000 dollars at the end of 2019. The co-founder of Fundstrat, Tom Lee, revealed the new estimations on Twitter.

The research is based on analysis between the historical links between Bitcoin mining costs and price. According to the analysis the price of Bitcoin will fall between 20 000 dollars and 64 000 dollars by the end of 2019.

Even though this kind of analysis is always less than 100% reliable, Tom Lee and his Fundstrat have had a respectable record in their predictions, being correct more times than not.

The fifth largest bank in the World by assets, Mitsubishi UFJ Financial Group, has revealed to a local news outlet NHK, that it is planning to launch a trial for its own cryptocurrency. According to MUFG the test phase could include as many as 100 000 account holders.

Test customers can get this new MUFG Coin by downloading an app and converting their deposits to MUFG Coin by the value of one yen per MUFG Coin. MUFG is primarily concerned on usability and functionality and users can use MUFG Coin to “make payments at places like restaurants, convenience stores and other shops, as well as transfer the currency to the accounts of other participants.”

For a bank, cryptocurrency can offer several benefits that fiat systems are incapable to. Blockchain can automate many of the operations that previously needed human work and it can minimize the risk of human error. If a bank can get a working cryptoeconomy, even for its own operations, it can gain immensely from it.

According to a news site Cheddar, certain sources have revealed that Facebook is exploring the creation of its own cryptocurrency, which would be integrated to Facebook. The sources asked not to be named, but according to Cheddar they are credible.

Facebook began studying blockchain and cryptocurrencies about a year ago, but since then its research operations have been growing. Last week Recode reported that Facebook has created its own blockchain team to work on cryptocurrencies.

“Like many other companies Facebook is exploring ways to leverage the power of blockchain technology. This new small team will be exploring many different applications. We don’t have anything further to share,” a spokesperson of Facebook told Cheddar.

Nonetheless Cheddar’s sources claim that Facebook is serious in its attempts at creating a cryptocurrency. Even if the sources are correct, it could still take years for FaceCoin to materialize.

This policy change brings Bing closer to Google and Facebook. Both of the Internet giants have previously banned Bitcoin and cryptocurrency advertising, claiming the large number of different cryptocurrency related hoaxes as their reason. Microsoft restates these same claims.

“We are always evaluating our policies to ensure a safe and engaging experience for our Bing users and the digital advertising ecosystem. Because cryptocurrency and related products are not regulated, we have found them to present a possible elevated risk to our users with the potential for bad actors to participate in predatory behaviors, or otherwise scam consumers,” Microsoft told in their statement.

It is unknown how long the ban will last. As regulatory concerns are mentioned as one of the primary reasons for the ban, it is possible that as the legal framework concerning cryptos develops, the companies will review their policies once more.

De Beers Group, one of the largest diamond companies in the world, has released a statement according to which De Beers has successfully used a blockchain application called “Tracr” to track and verify expensive diamonds. This is the first use case of its kind.

“The Tracr project team has demonstrated that it can successfully track a diamond through the value chain, providing asset-traceability assurance in a way that was not possible before. This is a significant breakthrough made achievable by the close engagement of the pilot participants who share our commitment to industry progress and innovation. We look forward to sharing the platform with more partners in the coming months and capturing their insights before ultimately making this technology available to the broader industry,” said De Beers Group’s CEO Bruce Cleaver in a press release.

Tracr gives every diamond a unique identity by recording details such as carate number, colour and composition to blockchain. As every diamond is unique in these aspects, they can be used to track the diamonds from mine and thus ensure that diamonds are what they claim to be.

Blockchain has been lauded for giving the potential for far faster and more secure logistics. The success of Tracr proves that the concept is more than just hype, and it can be seriously adapted to real-life use cases.

A Finnish author who has been writing about cryptocurrencies for over eight years.
0 Comments
Inline Feedbacks
View all comments
PrevPreviousLitecoin is a Faster Alternative to Bitcoin
NextNews Week 20 / 2018 : Bitcoin’s Price Lowest in a MonthNext
Sign up