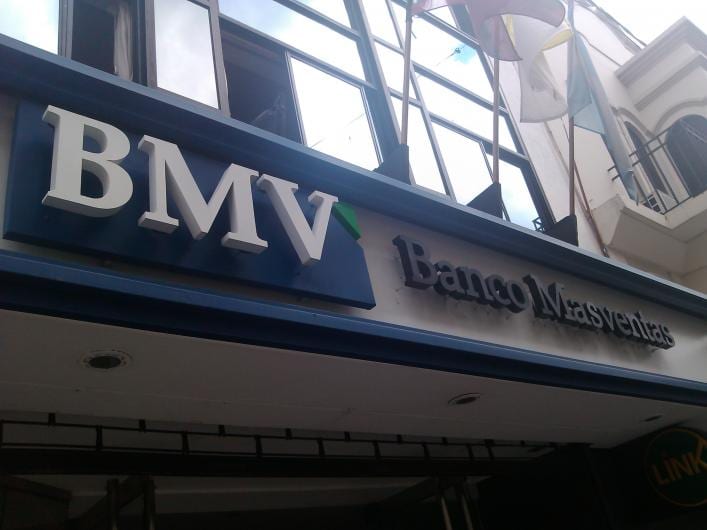 Bitcoin has failed to achieve a strong position in ranges above $8 500. Currently bitcoin’s price is swaying in ranges belove $8 000 dollars, exchanging for $7 630 at the time of writing. Thus the price is lowest in a month.

Other cryptos don’t have any better times, with most of the major cryptocurrencies falling even more than bitcoin. Ethereum is exchanging a little more than $620 and litecoin’s price averages at $126.

It doesn’t seem that any major news or other external events are at the play here, unlike in many other price falls, but this is more like the natural fluctuation of the markets correcting themselves.

As always, it is impossible to predict what the short term price will be. Nonetheless experts still see the long term development going on positively. For an example lightning networks are almost ready for consumers and more and more banks and other traditional institutions are seeing the possibilities of Bitcoin.

An Argentinian bank, Banco Masventas, has announced a partnership with Bitex. The purpose of this partnership is to enable clients to use Bitcoin for international payments as an alternative to the international SWIFT standard.

According to Banco Masventas, this new service allows customers to transfer money from account to account in time that is superior to traditional services. Banco Masventas believes that by using Bitcoin they can reduce transfer times by up to 24 hours.

“Customers will ask banks to make international payments. Banks use Bitex as a provider. For customers, this is transparent. They do not touch Bitcoin. We are their providers,” a major shareholder of Masventas told in a statement.

Bitcoin has massive potential for international money transfer. Bitcoin is near instant and the transfer costs are only a fraction of what it costs when using traditional money transfer services. If banks are able to harness the power of Bitcoin, they can expect both increase in their revenues and better service for their customers.

Streamr and Nokia Want Customers to Have Money from Shared Data

Blockchain data platform application Streamr is partnering with Nokia and a Californian software company OSIsoft to create a system which allows the users to monetize their data. The partnership was announced in last week’s Consensus 2018.

Many of the Internet giants use their customers data, such as location or habits, and monetize it. The problem is that usually the customers themselves don’t get any monetary compensation. Streamr aims to correct this problem.

“We recognize a growing movement of empowered mobile customers who want to control and monetize their own data. Our partnership with Streamr reflects our firm belief in the platform,” Nokia’s radio system evolution lead Martti Ylikoski said in a statement.

For an example the customer could willingly share their GPS and travel data, which Streamr would then sell to interesting parties, such as companies developing traffic infrastructure. The customer would then be paid a portion of revenue.

The president of Kazakhstan, Nursultan Nazarbayev, is calling for the members of United Nations to work together to develop a set of common rules for the use of cryptocurrencies. According to the president Nazarbayev, the current splintered and disparate regulatory field causes confusion and lessens the positive impact new financial technology can have.

“It is necessary to start developing common rules. At the same time, we see completely separate actions of states in this issue. And these disparate actions will lead to inefficiency. I propose that this initiative be implemented on the United Nations’ platform – the only body that is elected by the entire human society to solve very serious problems,” Nazarbayev urged.

The Massachusetts Institute of Technology, MIT, is testing a new implementation of Bitcoin’s lightning networks. The new experimental technology could combine lightning networks with smart contracts. This would allow the Bitcoin to handle millions of transactions, even when the transactions are every complex.

“We really believe in the lightning network. Bitcoin doesn’t scale very well. I decided there has to be something better. Turns out what’s better is lightning. It’s the way to scale,” MIT researcher Alin S. Dragos told.

Pizza Demonstrates How Bitcoin Has Grown Exponentially During Its Life

In the beginning of this news flash we talked briefly about the long term development of Bitcoin’s price. Eight years ago on Tuesday 22th a first commercial product was bought with bitcoin. This was two pizzas.

The pizzas exchanged for 10 000 bitcoins. As this was the first time when bitcoins actually probably had some value, it has huge significance for Bitcoin’s adoption.

At the time of writing these two pizzas would have been worth about 84 million dollars a piece. And this is less than 10 years ago.

Bitcoin is still in its infancy. The infrastructure is just being developed and markets are just now maturing. Indications for this are huge. Whatever the price now might be, 10 years from now it’s probably something much, much different.

A Finnish author who has been writing about cryptocurrencies for over eight years.
0 Comments
Inline Feedbacks
View all comments
PrevPreviousWeekly news 19 / 2018 : Coinmotion Has Litecoin and Big Players Want Crypto
NextWeekly News 21 / 2018 : Bitcoin is Fast and Ecological MoneyNext
Sign up