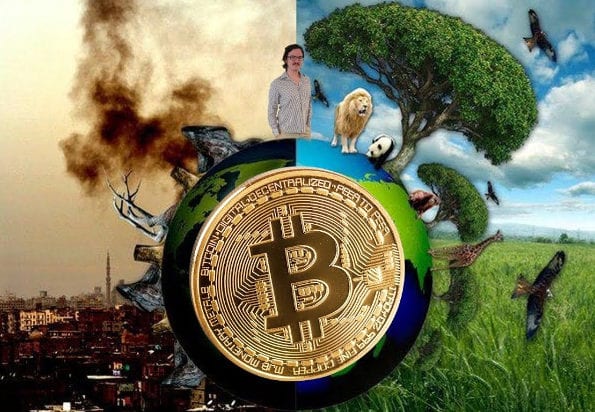 During the last 7 days, bitcoin price has been testing the lower resistance lines of its price, as bears have been largely in control of the markets. During the later part of last week bitcoin price fell from ranges of around 7 900 dollars to as low as below 7 500 dollars. Since then the price has been moving up and down, showing uncertainty on short-term future of markets.

Even though markets are uncertain, the infrastructure of Bitcoin and cryptocurrencies is marching steadily onward and even on faster pace than anticipated. Bitcoin is becoming faster, cheaper and far cost-beneficial per transaction than ever before. If the current development continues – and there is no reason for it not to – in few years the infrastructure has grown on par with that of the traditional monetary institutions.

The main reasons for the drastically dropping fees is the technological development taking place behind the scenes. Segregated Witness scaling update is being implemented in ever growing number of applications and wallets, which allows for cheaper and faster transactions.

Together SegWit and Lightning Networks, when widely implemented, have the potential to scale Bitcoin to entirely new levels. With the new scaling upgrades Bitcoin could handle thousands, tens of thousands or theoretically even millions of transactions in a second, making it faster than Visa or PayPal.

The largest Polish cryptocurrency exchange Bitbay has announced that it will suspend its activities officially in Poland, because none of the Polish banks will no longer cooperate with the company. Bitbay stated that it will thus move its businesses to Malta.

The island nation of Malta has been steadily gaining increasing attention from the crypto-industry. For an example one of the largest Bitcoin exchanges in the World, Binance, moved to Malta previously this year. Malta has officially embraced a Bitcoin and blockchain friendly political atmosphere and is crafting new laws suitable for the growing financial tech industry.

Although the moving of the operations will cause some temporary changes to Bitbay’s services, the exchange will resume its normal operations in the future.

As Bitbay mainly operates over the Internet, most users probably won’t even see a long term difference in the exchange. The financial world is becoming more globalized and local laws are less and less able to hinder innovation.

Initial coin offerings were banned in South Korea in September 2017 due to perceived lack of supervision. Even though ICO investing has many positive aspects, such as the potential of drastically lowering the entry barrier to investing, it has been seen as a sort of “Wild West” where everything goes and hoaxes run rampant.

Now Seoul wants to implement new laws, so emerging new businesses can benefit from the possibilities of ICOs while still complying to requirements of the public supervision.

“With the government failing to present any guidelines for ICOs, domestic blockchain companies are going to Singapore and Switzerland to do an ICO and pay unnecessary expenses,” Business Korea reported.

The first major conference dedicated to Bitcoin mining was held in New York on May 17th. The main problem conference tried to address to was the global impact of cryptocurrency mining to ecology. Bitcoin mining is energy expensive work. Currently Bitcoin network is using more power than many countries, and it is estimated that power consumption will be growing in the future as well.

This is – of course – only part of the truth. Bitcoin is still using only a fraction of the energy used by industrial giants like Germany or United States. The traditional economy isn’t free either, but uses even more energy than Bitcoin.

“There are 3.6 million ATMs deployed in the U.S. Each of them are using 7 to 800 watts just in standby mode. This alone generates huge numbers of electricity usage, slightly higher than the Bitcoin network. If you add internal banking systems, CTVs, communicating with other banks, additional protection, you get higher costs than the cost of Bitcoin,” Alex Petrov, the CIO of Bitfury explained.”

“I think that part of the reason that Bitcoin has been a ‘target’ in this respect is that there are relatively straightforward calculations in terms of power consumption in conjunction with the underlying value not being well understood or widely accepted. For instance, few people question the utility costs of a bank or ATM, and the energy consumption cannot be calculated in a straightforward way,” Amber D. Scott, CEO of Outlier Solutions, said.

The number of Bitcoin ATMs has been growing exponentially during the last few years. In 2017 there were estimated to be about 1 000 Bitcoin ATMs globally. In 2018 the number has reached well over 3 000, even though less than half of the year has passed.

“Exchanges and brokers are better suited for bigger transactions, but Bitcoin ATMs are one of the easiest ways for people to buy their first bitcoins,” said Henry Brade, the CEO of Prasos, the parent company of Coinmotion and the largest Bitcoin ATM network of Finland, Bittimaatti.

According to Brade, the interest and demand for Bitcoin ATM is still increasing, with people wanting easy and fast ways to exchange Bitcoins. Bitcoin ATMs offer many benefits, such as the ability to get cash even when traditional banking ATMs are down. For those who travel a lot the growing global ATM infrastructure gives an easy and cost effective way to send money.

Theta, a cryptotoken based on the Ethereum blockchain, has soared about 100% within the last few days. At the time of writing it is the 98th biggest cryptocurrency according to market cap.

The idea behind Theta is to work as the economic token for a new YouTube-like streaming video service, which could decentralize streaming and make it easier for content creators to monetize their work.

The company behind Theta, Sliver.TV, is a well-known player in the streaming industry and backed by many of the major streaming businesses. If they can develop a working applications for their token, Theta might grow to further heights.

A Finnish author who has been writing about cryptocurrencies for over eight years.
0 Comments
Inline Feedbacks
View all comments
PrevPreviousNews Week 20 / 2018 : Bitcoin’s Price Lowest in a Month
NextWeekly News 22 / 2018 : Last Month Was Slow for Bitcoin, But It’s Still Taking the WorldNext
Sign up