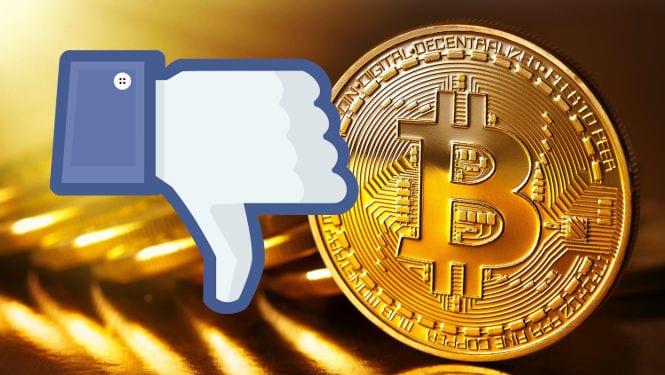 As usual, after the bear market, the cryptocurrencies have seen some recovery with bitcoin rising over 8 770 dollars. Ether is struggling a little bit above 900 dollars and litecoins are sold for over 130 dollars.

There are several reasons reasons for the market crash. Cryptocurrencies are said to be in a bubble, claim to which crashes like this seem to give some credence. Last weeks have also been somewhat harsh for cryptocurrencies. For example this week Facebook banned cryptocurrency advertising and last week a japanese exchange Coincheck was hit with a hacking attack which many believe to be one of the largest in the history of cryptocurrencies.

On the other hand it seems that the market crash might be partially a result of rumours, like so many times before. Last Thursday India’s finance minister Arun Jaitley made comments about the coming cryptocurrency legislation of India. According to locals, the minister didn’t give any new information on how bitcoin and other cryptos will be handled, but mainstream media reported how India is “banning bitcoin”. The news had an effect on trading, even though at this time it seems to be nothing but a rumour.

Facebook has announced a new policy that restricts Bitcoin and other cryptocurrency related ads. According to Facebook the reason for the new policy is that cryptocurrencies are considered to be “financial products and services that are frequently associated with misleading and deceptive promotional practices.“

Facebook’s new policy doesn’t discriminate between legit cryptocurrency companies and frauds. The decision is a blanket ban that affects all companies. For Facebook this is the easiest way to implement the new rules, but for legit and reliable Bitcoin businesses the decision is a bit unfair. The blanket ban affects all Facebook owned social media platforms, including Facebook, Instagram and Audience Network. Besides cryptocurrencies the ban affects ICOs as well.

The ban was a surprise for many, since just few days before announcing the ban, Facebook’s founder Mark Zuckerberg praised Bitcoin and was playing with the idea of integrating it into Facebook.

Though the ban affects almost all companies and Facebook pages dealing with Bitcoin, it is unsure whether the policy in its current form will be final. Facebook has stated that they will revise their policies and its enforcement as they gain more understanding and statistics.

The European Commission has announced in a press release that it will launch the EU Blockchain Observatory and Forum, which will be the largest and most comprehensive forum dealing with blockchain technology up to date. The forum aims to be one of the world’s most comprehensive repositories of blockchain expertise.

The forum will bring together people from various sectors, from scientist and engineers to politicians and regulators to develop new use cases for blockchain. According to the press release, the Commission believes that blockchain can offer huge opportunities for both public services and economical infrastructure.

“Technologies like blockchain can help reduce costs while increasing trust, traceability and security. They have huge potential for making social and economic transactions more secure online by guarding against an attack and removing the need for any middleman. We want to build on Europe’s substantial talent base and excellent startups to become a leading world region that will develop and invest in the rollout of blockchain” said Andrus Ansip, the Vice-President for the Digital Single Market of EU.

A part from studying the technology and its possibilities, EU Blockchain Observatory and Forum aims to be a tool for development of Europe-wide blockchain legislation. Even though European Union has unified some aspects of legislation via directives and statutes, the jurisprudence for the field is still disjointed at best. New, more unified laws could help the field become more mature and gain more mainstream trust.

“Among the many technologies that are driving digital innovation, blockchain has the potential to be truly transformative for financial services and markets. The Blockchain Observatory and Forum will monitor developments and also inform our policy making” Valdis Dombrovskis, the Vice-President for Financial Stability, Financial Services and Capital Markets stated.

There are several reasons for the decrease. The interest in Bitcoin grew exponentially during the year 2017, which in turn caused many speculators to invest in Bitcoin. Speculators didn’t really care about the transaction fees, so they were prepared to pay good amounts of money provided that they get their transactions fast. As speculators were prepared to pay the higher fees, this in turn caused the miners to increase their fees. As the speculator play has calmed down, the fees have been falling as well.

Another reason is that there are lots of new players on the mining field. New mining power is added to the blockchain faster than Bitcoin has time to adjust its difficulty, thus blocks are mined faster than the average of one per 10 minutes. This has increased the amount of transactions that Bitcoin can handle. More miners also means more competition, which in turn leads to lower transaction fees.

There are other effects in play as well, most interestingly the technological advances of Bitcoin. SegWit adoption is growing fast. Since SegWit enabled transactions are faster and cheaper than regular transactions, this means more transactions with lower fee.

Dentacoin is an Altcoin for Dentists

After the brief slump of Friday in cryptocurrency markets, most noticeable blockchain tokens have seen a recovery: some faster than others. One of these tokens with fastest recovery rate is a cryptocurrency called Dentacoin, a blockchain project that aims to be an overall solution for many problems of the dental care industry. Dentacoin gained as much as 50% in one day after Friday.

Dentacoin offers several different concepts meant to enhance the dental care industry. For an example Dentacoin offers a review platform based on blockchain, which cannot be tampered. Dentacoin is also building a dental insurance database on the blockchain. Dentacoin’s native token, dentacoin, can also be exchanged for medical goods and services.

The global dental market is about 30 billion dollars. If even some of this value can be channeled to blockchain, dentacoin could truly rise in value. Then again it is unsure whether dentacoin can offer anything which is not already possible with smart contracts and sidechains.

A Finnish author who has been writing about cryptocurrencies for over eight years.
0 Comments
Inline Feedbacks
View all comments
PrevPreviousNews Week 4 / 2018 : South Korea Woes Slump Markets
NextSegWit Paves the Way for FinTech RevolutionNext
Sign up