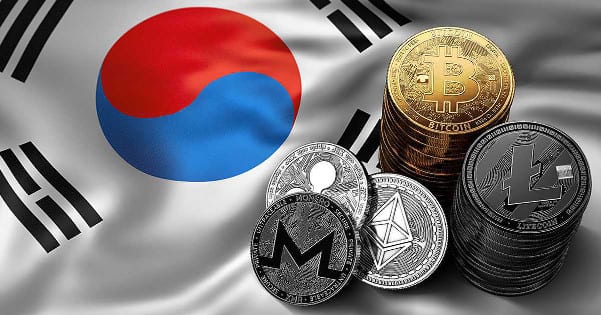 The passing week has been relatively slow for cryptocurrencies, with bitcoin and most cryptocurrencies slumping down or having relatively weak levels of growth. For savvy investor this, of course, offers a good moment to buy, as bitcoin, ether and litecoin are on relatively low levels.

Bitcoin started the week with a strong growth, reaching levels of over 13 000 dollars, but since then it has fallen down to levels of under 11 000 dollars. Currently bitcoin is still on a bearish momentum, as are most of the other cryptocurrencies.

These fallen prices have largely been attributed to Asian markets, as the fear of South Korean regulation has led to a massive sell-off. South Korea has stated that it will ban anonymous trading of cryptocurrencies in the country. Underage and foreigners are also forbidden from exchanging cryptos.

As South Korea is one of the main players in bitcoin markets, any news concerning it have usually large impacts on cryptocurrency prices.

The upcoming Lightning Network scaling updates are coming to Bitcoin sooner than anybody thought. Even though many of the developers claim that Lightning Networks still require some time, many are already using them.

For example blockchain developer Blockstream has launched a Lightning-only merchandise store using its own Lightning implementation. Another firm, VPN service TorGuard, has announced it will accept Lightning Network payments as well. According to data from Lightning main net explorer more than 33 000 dollars have already been transferred using Lightning Network.

Lightning Networks are a scaling upgrade for Bitcoin which offers near-instant payments with minimal fees. Lightning Network achieves this by moving many of the transactions away from the blockchain. This has the added benefits of speed and anonymity. As the Lightning development and adoption grows, it is estimated that Bitcoin transactions can be sped-up in factors of thousands.

Are you bored of coding the basic stuff? We offers a unique opportunity to get to design and develop Lightning Network solutions for Prasos. Approximately half of the work time will be dedicated to the core development of the Lightning Protocol. Additionally the chosen candidate will help us to take full advantage of Lightning Network in our own exchange services.

What do we expect from the candidate? Several years of software development experience, at least some knowledge of the bitcoin protocol and the ambition and capability for working independently.

An innovative mindset, a positive attitude and passion for cryptocurrencies are also characteristics that describe our employees!

For more information about the position, please check our Coinmotion blog. 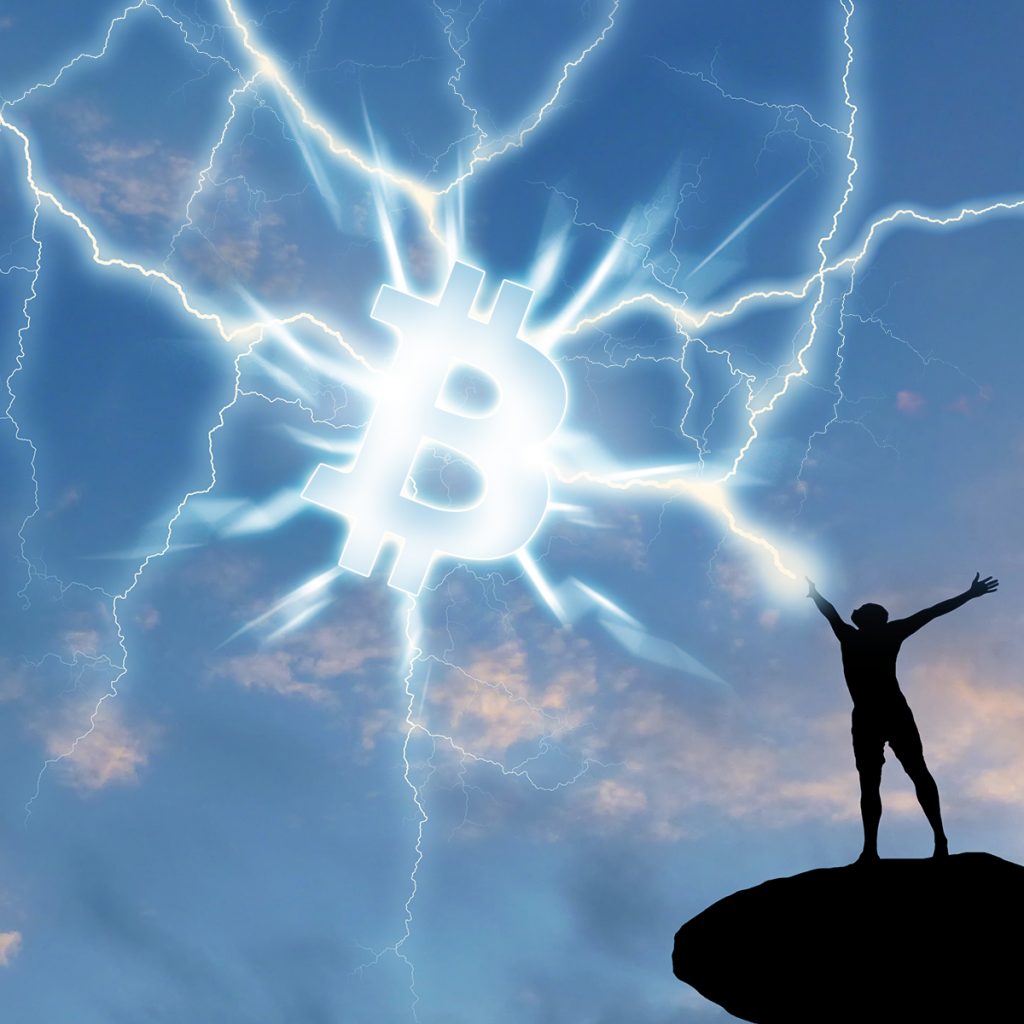 The largest Nordic financial services group Nordea has forbidden its employees to engage in bitcoin trading and buying bitcoins. According to Nordea the bitcoin trading ban will be effective by February 28. Employees who have invested in bitcoin previously than that are allowed to keep their bitcoins, though they are encouraged to get rid of them.

Nordea’s bitcoin ban has attracted lots of criticism from bitcoin community, financial figures and Nordea’s employees, with many questioning whether the move is even legal. Speaking to Danmarks Radio, the chairman of Danish Financial Federation condemned the move.

“We consider this a legal offence against the individual. After  all, in Denmark there is still a degree of freedom to invest if it is not a risk for the company you are employed in” Petersen told DK.

Petersen added that legal action would be considered if any member of Denmark’s two largest unions for financial workers would be fired as a result of owning bitcoin after March 1. Majority of Nordea’s Danish employees are members of either union.

The Ministry of Finance of the Russian Federation has presented the new bill concerning the regulation of Bitcoin, ICO-investing and other cryptocurrencies. The bill establishes a regulatory framework which operators of cryptocurrency businesses, miners and others can use to act legally in the country.

According to the authors of the bill the new regulation will reduce the risks of fraud and will provide fiscal transparency. It is also expected to increase tax revenue and decrease the criminal activity associated with cryptocurrencies. The authors of the bill believe that if cryptocurrencies are not regulated, they will be used in unlawful purposes.

The bill defines cryptocurrency and cryptotokens as digital financial assets, which are allowed to be traded, but not used as a method of payment. New regulation will also be added, which demands that all cryptocurrency exchanges operating in the country have to register to officials.

The regulation also defines legal rules for ICO investing. ICOs could be issued only by legal entities or sole proprietors for the purpose of fundraising. ICOs must also be accompanied with documentary that discloses the details such as issuer’s full name, location, official website and price of the token. Non-professional investors are not allowed to invest more than 50 000 rubles in each ICO.

The bill might still go through some revisions, but its main characteristics are ready. The final version of the bill is reported to be released no later than July 1.

Though the cryptocurrency markets have had a rough time during the week, one newcomer on the field has been on grow. Hshare – the ICO token for a coming cryptocurrency called Hcash – saw a raise from a little over 10 dollars a piece to price range of over 17 dollars. During the week Hshare peaked at almost 20 dollars.

Hcash is a new cryptocurrency launched mid-January. The coin has few features it tries to use to differentiate from its competitors. It uses a “hybrid” of DAG (Directed Acyclic Graph) and blockchain to confirm transactions. It also uses a dual-system of Proof-of-Work and Proof-of-Stake mining.

Directed Acylic Graph is a new way to organize the transaction data of cryptocurrencies that do not rely on blockchain. Instead transactions are linked from one to another, so the last transactions confirms the next and so on. DAG systems offer the benefit of not having to rely on miners, though they are fairly complicated and thus might have several security flaws.

Hcash hasn’t been on the scene for long, but some of its features seem promising, if it can deliver on them. One of these is the claim that Hcash is resistant to the advances of quantum computing. As quantum computers haven’t been invented yet, it will remain to be seen if Hcash can back its claims.

The American rap superstar 50 Cent has become a bitcoin millionaire. In 2014 50 Cent step forward to accept bitcoin for his then new album Animal Ambition. The album sold over hundred of thousand copies, many of these bought with bitcoin.

According to an article by TMZ 50 Cent got around 700 bitcoins from Animal Ambition. At the time his album got out, the bitcoins were worth about 400 000 dollars. Now those same bitcoins are worth about 7-9 million dollars, TMZ estimated.

50 Cent confirmed TMZs article on a post in Instagram. “Not bad for a kid from South Side” 50 Cent wrote. He also claimed that he had forgotten the cache of bitcoins. If true, then this must have been a pretty happy surprise for 50 Cent.

A Finnish author who has been writing about cryptocurrencies for over eight years.
0 Comments
Inline Feedbacks
View all comments
PrevPreviousWeekly News 3 / 2018 : Huge Crypto-Plummet and then a Recovery
NextWeekly News 5 / 2018 : Cryptomarkets Crumbled, But Are RecoveringNext
Sign up