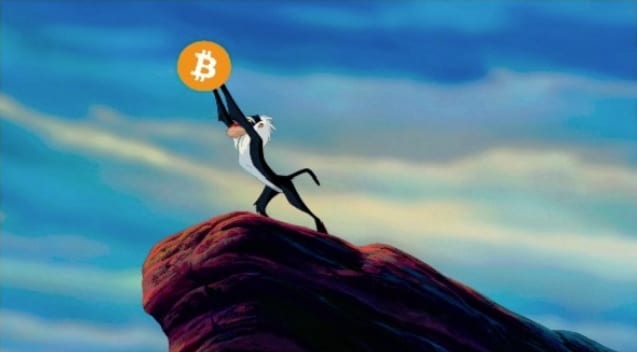 Bitcoin and cryptocurrency markets have seen the same kind of sideways movement as they saw last summer, with only guesses where the price will go next. The market silence itself is understandable after about two years of expansion, bubbles and rollercoasters.

This week we are talking about a future upgrade planned for Bitcoin. The upgrade would make Bitcoin faster and cheaper and also enable smart contracts likes of never before seen in cryptoworld.

In other news we have hackers; what they have done and who are they, and how the economic unrest of Africa has been a boon for Bitcoin adaptation.

If you want to know what future could hold for the cryptocurrencies and money, the CEO of Prasos, Henry Brade, was speaking on Helsinki Blockchain Summit. Brade’s presentation can be viewed here.

Bitcoin is soon to see expansion to smart contracts, if a group of Bitcoin Core contributors are to believed. A group comprising of several important Bitcoin Core developers – including Gregory Maxwell, Rusty Russel, Pieter Wuille and so forth – are working on a Bitcoin improvement proposal that would upgrade Bitcoin with Schnorr signatures and a system called Taproot.

Even more, the Schnorr scheme would enable the use of a trick dubbed “Taproot”. With Taproot Bitcoin blockchain would be able to process complex smart contracts, which would be nearly indistinguishable from normal transactions on the blockchain. Taproot would enable many scripting possibilities never before possible and increase the user’s privacy.

It is unknown when Schnorr and Taproot proposals are introduced, but the team are hard working on a concrete proposal to be presented.

Most of the Crypto-Event Attendees Were Men

“Like the tech industry, at large, there is a lack of gender diversity in the overall virtual currencies space. The lack of gender diversity in attendees speaks to the industries most of the registrants come from. The financial services and technology sectors have all struggled with inclusion and that has a cascading impact on the gender mix at these events,” co-founder of Bizzabo said.

57 percent of the attendees came from financial sector with additional 10 percent working on banking. 14% were employed by IT and 13% by computer software industry.

Two Hacker Groups Responsible for $1 Billion Worth of Cryptohacks

According to a recent report by blockchain analysis firm Chainalysis, a vast number of cryptocurrency related thefts are conducted by two hacking groups. These groups, called Alpha and Beta, are together believed to be responsible of about $1 billion in cryptocurrency hacks and scams. The groups also seem to still be active.

These two groups seem to be working differently and for different reasons. The larger one, Alpha, is “a giant, tightly controlled organization”. It is believed to be motivated at least partly by non-monetary goals. The lesser one, Beta, is less organized and “heavily focused on the money”.

The raport details the differences between how the groups operate their funds. Alpha usually transfers the money directly and converts about 75% of the funds to fiat currencies. Beta reportedly waits as long as 18 months, after which it cashes about 50% of stolen funds.

Both of the groups use various transactions among different wallets, exchanges and providers, with funds being transferred on average about 5 000 before cashing. This makes it very hard for track the funds even for modern blockchain analysis techniques and professionals.

The biggest peer-to-peer bitcoin trading portal, LocalBitcoins, said that it suffered a hack, which affected a small number of users. The hacker managed to gain access to their accounts and make some transactions. The hack was related to a feature provided by a third party software and none of the main systems were compromised.

It seems that the hacker didn’t get access to many accounts. Thus far only six accounts have been found to be compromised, though further investigation by LocalBitcoins will reveal the actual amount.

The hacker seems to have used a phishing site masking as the login page for LocalBitcoins forums. When user went to log in via the false site, the hacker would steal their authentication information.

Even though the hack affected quite a small number of people, it still acts as a reminder for the importance of good cybersecurity. When logging in to a site, users should be careful that the site is what it claims to be. LocalBitcoins also encourages people to use two-factor authentication on their accounts.

Cryptocurrency use has been growing in Africa despite the declining state of overall cryptocurrency markets. An African payment firm Paxful has revealed that the amount of transactions it processes have risen by more than 130 percent during 2018. Now the firm processes an average of 17 351 trades daily in Africa.

Even though Bitcoin and other cryptocurrencies might seem unstable for some Western investors, even the worst turmoil of the markets is nothing when compared to the economic and political climate of many African countries. For an example last October South African rand suffered its worst drop in a decade. Even worse example is Zimbabwe with rampat hyperinflation.

According to Paxful the steady rise of transaction volumes in Africa is due to people being fed up with their nation’s policies. Even when bitcoin prices stumble, they are still strong and there’s a true demand for bitcoin.

By using Bitcoin and other cryptocurrencies, the African people can gain back some financial freedom and secure their worth. Paxful believes that the rising demand for cryptocurrencies will continue in Africa.

Many of the so-called “stablecoins” are pegged on national fiat currencies, such as dollar. Now a new stablecoin – if it could be said to be that – has launched on Ethereum blockchain, pegged not to any fiat currency or gold, but bitcoin.

“The aim of Wrapped BTC is to bring greater liquidity to the ethereum ecosystem including decentralized exchanges and financial applications,” the Wrapped BTC site writes.

It is yet unsure how stablecoins will develop in the future. If there is some use for a cryptocurrency that is pegged to a dollar, then it would be natural to assume the same could be said of altcoin pegged to bitcoin. In this way Wrapped BTC might offer something useful for cryptocurrency infrastructure.

A Finnish author who has been writing about cryptocurrencies for over eight years.
0 Comments
Inline Feedbacks
View all comments
PrevPreviousHenry Brades presentation about the future of money in Helsinki Blockchain Summit
NextPrasos quarterly cryptocurrency market report Q4′ 18Next
Sign up