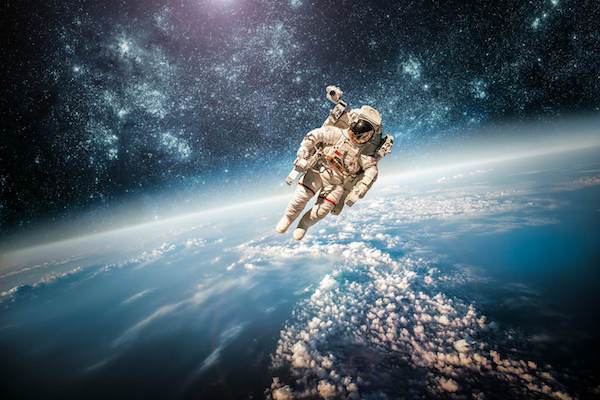 Bitcoin and cryptocurrency markets have seen a slow, yet somewhat steady recovery during the week. Bitcoin has broken once again thru the $10 000 threshold. This is the first time bitcoin has achieved such price ranges since it fell down to $7 000 in the beginning of February.

Bitcoin is not alone in this recovery. All of the most important cryptocurrencies according to their market cap have seen growth during the week. For an example litecoin has reached a price of over $230 dollars and ethereum is around $1 000, with both having grown over 10% during the last few days.

The recovery was somewhat expected. Historically bitcoin prices have grown in a wavy pattern, with reversals following great gains before the price starts to climb towards the next level. The crashes usually shed away less interested and committed investors – the so-called “weak hands” – which in turn allows a more healthier growth of value.

Cisco, a conglomerate concentrated on technology, and the Cyber Police of Ukraine have revealed a Bitcoin phishing operations that have stolen over 50 million dollars in bitcoins during the last three years. Cisco’s threat intelligence team Talos found out about the phishing scheme in last year’s February, when a phishing scheme called COINHOARDER targeted Blockchain.info via Google Ads.

Phishing is a type of cyber-attack where a criminal creates a fake site or service which closely resembles the actual service. For an example the phisher can use fake SSL certificates and homographs to make the site appear legit. When the user comes to the site and tries to log in using their own information, the site steals the info and gives it for the hacker, who then can use the info to steal the funds from the actual service.

Talos and the Cyber Police of Ukraine managed to identify the attackers’ Bitcoin wallet and they are trying to find and block all the domains associated with the phishing scam. Though the efforts are probably not perfect, since this kind of schemes have the tendency to pop-up in a new form whenever the old operation is shut down.

Bitcoin phishing has become more common problem as the price of bitcoin has increased and the cryptocurrency has become more lucrative target for criminals. Bitcoin users should be extremely careful when using different services and they should always check things like certificates and that the URL is correct.

Lightning Networks are a scaling upgrade for Bitcoin. It works by building a second layer on top of Bitcoin’s blockchain, which can be used to transfer bitcoin thousands of times faster and cheaper than currently possible. According to different estimates the Lightning Networks can make Bitcoin orders of magnitudes more powerful way to transfer value.

Space Decentral uses blockchain to crowdsource information and research and also to crowdfund citizen-powered space travel. Already hundreds of engineers, scientists, coders and other people are working on Space Decentral.

“Space Decentral is a global space research lab where individuals and organizations can contribute knowledge and pool intellectual property in an open manner and where revenue can be fairly shared among contributors. This is a massive project that will require the presence of hundreds of scientists, engineers and innovators” Space Decentral’s advisor Dr. Paola Tasca comments.

“We all need to take the long view and work together to create the system that sustainably makes humans a true spacefaring species. We may not complete the effort in our lifetime, but we have an obligation to humanity to begin” Dr. Marc M. Cohen, Space Decentral’s co-founder and a former NASA engineer told.

Atari to Launch Its Own Cryptocurrency

Atari, the company behind several legendary video games like Pac-Man, Space Invaders and Pong, is planning to launch its own cryptotoken dubbed “Atari Token”. Atari acquired a 15% stake in a Gibraltarian blockchain company Infinity Networks to develop its blockchain platform.

According to Atari its plan is to integrate cryptocurrencies to online games. Atari has also hinted at another token, which would be usable in online casinos and gambling.

“Blockchain technology is poised to take a very important place in our environment and to transform, if not revolutionize, the current economic ecosystem, especially in the areas of the video game industry and online transactions,” Atari Chairman and Chief Executive Officer Frederic Chesnais said in Atari’s statement.

Gaming is an ideal environment for blockchain and cryptocurrencies. Building digital products like games is far easier with cryptocurrencies than with traditional paying methods and cryptocurrencies are easy to distribute as prices for winning gaming tournaments and so on. There are already many players – sorry for the pun – on the field of combining online gaming and cryptocurrencies, like GameCredits and Experience Points, but none of these has been widely adopted. As Atari is already a well-known and established company in gaming space, Atari Token could have a big advantage against the competitors.

After revealing its plans the stocks of Atari soared more than 60 percent. Atari is planning to launch an ICO further this year to distribute its tokens.

0
Reply
PrevPreviousWeekly News 6 / 2018 : Both Traditional Markets and Crypto Markets Down
NextChanges in our bank accountsNext
Sign up