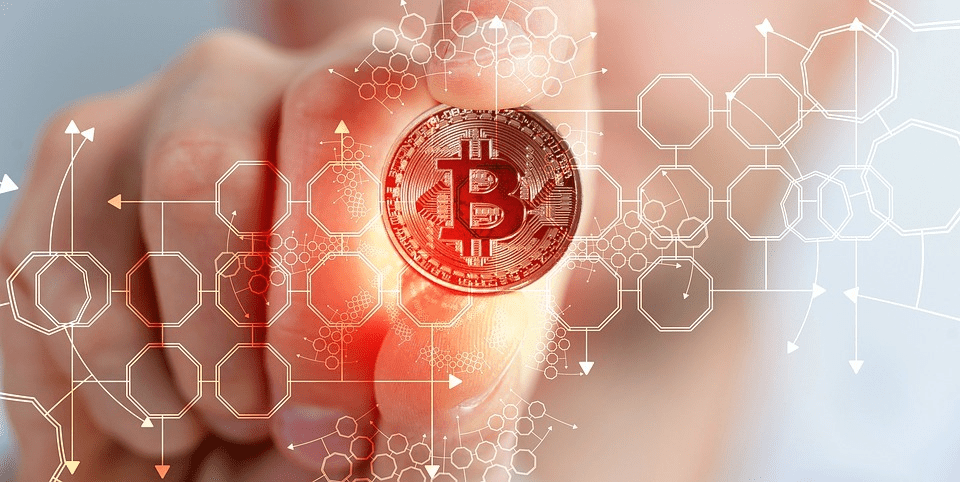 Well, that was an interesting week to start the year. Iranian missiles were launched at U.S. bases, and Bitcoin’s own rocket was fuelled by the impending crisis. While the conflict has now cooled down, Bitcoin has continued its excellent growth and hovers around $8000 dollars at the time of writing.

This week we will take a look at how Bitcoin can function as a safe haven during world crises and uncertain times. In other news we have blockchain in the use of football fans and burger chains, as well as authorities interested in crypto exchanges and their customers.

Bitcoin’s computing power has also reached new records, making the network safer and stronger than ever before. The new decade might very well bring more records and battles, so we have exciting times ahead of us.

Bitcoin is a safe haven in crises

Following the attack bitcoin’s price immediately began to rise and even surpassed $8 400 dollars. At the time of writing bitcoin’s price has corrected a bit and hovers around $8000 dollars. Also the prices of gold and oil have risen in the aftermath of the crisis.

The event shows how bitcoin can function as a safe haven for investors during financially and politically unstable times. Bitcoin is a decentralized currency immune to centralized manipulation. The system is incredibly durable against all forms of political pressure.

Bitcoin’s computing power has been growing significantly during the past year. By the beginning of 2019 the computing power was approximately 40EH/s. In November the average had already doubled to 80EH/s.

The more computing power the Bitcoin network has the more secure it is against outer attacks and manipulation. Bitcoin’s computing power is by far the world’s largest decentralized computing protocol.

Authorities in different countries seem to be showing increasing interest for crypto exchanges and their user data. According to crypto exchange Kraken, expenses caused by answering information requests have grown year after year.

According to Kraken’s CEO Jesse Powell the costs of answering information requests exceed one million dollars each year.

Bitcoin’s popularity has been growing steadily in Venezuela after the country has suffered hyperinflation as a result of their failed financial policy. Over the years, Venezuelan citizens have moved to bitcoin in order to protect at least a part of their property.

Now Burger King has also noticed Bitcoin’s potential in Venezuela. Forty Burger King restaurants are about to start accepting bitcoin as a means of payment.

The first Burger King in Venezuela already started accepting bitcoins on 30th December. Other restaurants intend to follow during the following year.

Burger King has also made earlier attempts to use crypto for payments. In Russia Burger King launched its own blockchain-based Whoppercoin, but Russian authorities put an end to the project.

The Italian football team Juventus has allowed its fans to use blockchain to vote a new goal song for the team. The new song is called Song 2 by Blur.

The team used the Socios platform and its own blockchain-based JUV crypto token. JUV is a test by Juventus to give fans the possibility to use the token to influence the team and buy their products.

”For one of the first times, you can see the utility of a blockchain-based asset that is used in real life by real people. It is very early stage and that was a debut but it happened,” commented Alexandre Dreyfus, CEO of Socios.

John McAfee will not eat his privates

Antivirus developer and IT entrepreneur John McAfee made a daring bet a couple of years ago. McAfee promised to eat his own penis if bitcoin’s price would not reach a million dollars by 2020. Now the man has retracted his words.

”Eat my dick in 12 months? A ruse to onboard new users. It worked.”  McAfee stated on Twitter.

McAfee received quite a load of criticism on Twitter after his bet and broken promise. McAfee gave his own angry response to the critics.

”What idiot thinks anyone is going to eat their own dick ever? Are you that idiot?”, McAfee commented on Twitter.

Cryptocurrency enthusiast who has several years of experience about using cryptocurrencies and writing about them.
0 Comments
Inline Feedbacks
View all comments
PrevPreviousHow to diversify a traditional 60/40 investment portfolio with bitcoin
NextEuropean cryptocurrency sector under regulatory changes in 2020Next
Sign up