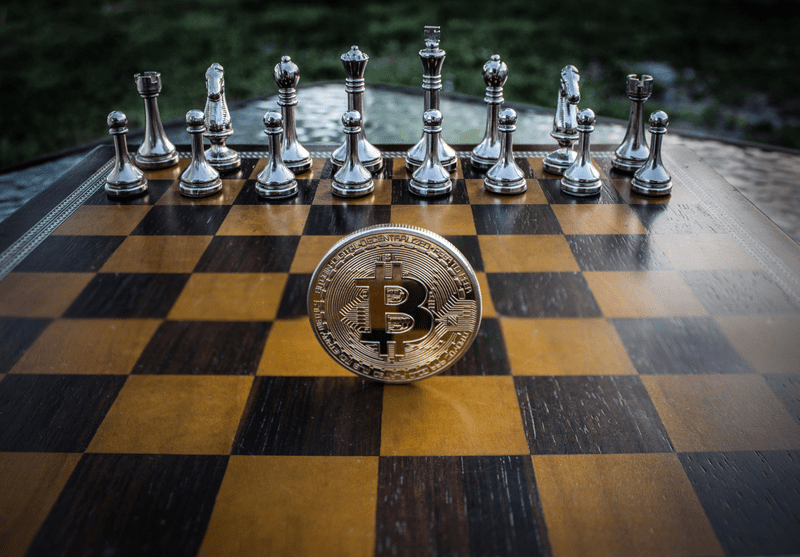 Greetings, esteemed readers, and welcome back to the wondrous world of crypto. The main news of this wild week is a recent decision, whereby banks officially have the right to offer custody services for Bitcoin and other cryptocurrencies. The markets certainly seem to have noticed this, as bitcoin’s price has once again risen above the $10 000 dollar mark.

Our technical analyst also predicts that if Bitcoin’s price manages to stay above $10 500 dollars, this can lead to a strong rally and new highs. At the time of writing the price is floating right above these numbers, so we are certainly amidst interesting times. Nonetheless, it’s also good to prepare for the possibility of another crash and be mindful before making any rash decisions.

In other news we have the success of Ethereum as well as a US court decision, according to which Bitcoin is officially recognized as a form of money. Additionally we will talk about a legendary chess master, who supports Bitcoin as a means to defend human rights.

The previous weekly news can be read here.

Banks have recently been given official permission to hold Bitcoin and other cryptocurrencies, reports financial magazine Fortune. In a letter sent by the United States’ OCC, the federal banking regulator states that banks can provide custody services for cryptocurrencies just like stocks and other investment instruments.

The news is significant, since the regulatory uncertainty and legal position of cryptocurrencies has so far led to banks avoiding them. The decision now allows big banks to provide cryptocurrency custody services while also giving a clearer picture of them to their customers. At the same time the fear of traditional investors about the digital nature and scams surrounding cryptocurrencies may subside.

It is so far unclear how banks will react to the news. The opened possibility does not automatically mean banks would embrace Bitcoin or recommend it to their customers. Bearing in mind that the rising popularity of cryptocurrencies may threaten the power of banks, it is quite possible that banks will continue taking a distance and avoid touching crypto.

On the other hand, the enormous market cap of cryptocurrencies as well as fees charged for safe custody services may provide an economic incentive which banks cannot ignore. The OCC’s letter can also be interpreted as giving banks the right to offer other cryptocurrency-related services, such as loans and interest accounts.

Gold and cryptocurrencies on the rise

The Finnish financial publication Kauppalehti has written about the massive price rise of gold and so called digital gold, meaning bitcoin. As the dollar price of gold has climbed to a historic high, bitcoin has also risen to five-digit numbers on a possible path toward its own record.

At the same time the US dollar, a major pillar of the traditional economy, has sunk to its lowest levels in roughly two years. This has mainly been caused by the COVID-19 pandemic and ensuing financial crisis, which have greatly impacted the markets.

Gold is widely regarded as a traditional safe haven providing protection against inflation. Inflation means the decreasing value of money, which is often a result of central banks printing an excess of new money. While bitcoin’s price in relation to gold has been rather stormy during its history, also bitcoin has become a gold-like safe haven in the eyes of many investors.

At the moment the combined market cap of Bitcoin and other cryptocurrencies has exceeded $300 billion dollars. Before the weekend this number was still $280 billion, which means a rise amounting to tens of billions in just a few days.

The world’s second biggest cryptocurrency by market cap, Ethereum, has reached its price record for the year 2020. At the time of writing the blockchain platform’s native token ether has risen above $300 dollars, while it was barely above $100 dollars at the beginning of the year.

Aside from a general cryptocurrency rally, one reason behind ether’s success may lie in the upcoming Ethereum 2.0 update. Planned to be implemented in the next two years, the update’s main goal is to transfer Ethereum’s blockchain from proof-of-work (PoW) to proof-of-stake (PoS) verification.

Another possible reason is the whopping growth of so called DeFi (decentralized finance) markets. At the moment roughly $3.75 billion dollars have been invested in DeFi platforms, while the number back in May was only $1 billion. The optimism linked to the possible joint success of both DeFi platforms and Ethereum 2.0 has apparently been one leading factor behind the price rise.

US court: Bitcoin is officially money

A US federal court in Washington D.C. has ruled that Bitcoin is officially recognized as money. The decision was made in a legal case in which the United States sued Larry Harmon, the operator of a bitcoin mixing service, for money laundering.

Defining Bitcoin as money was essential in order for the charges against Harmon to not be dismissed in court. While the decision was influenced by sentencing Harmon, the case can also be seen as a victory for Bitcoin, whose position as money has been debated since the dawn of the cryptocurrency.

Bitcoin users and advocates have long regarded the cryptocurrency as obvious money – and even superior compared to traditional fiat currencies. In turn, banks and other parties hostile to Bitcoin have repeatedly voiced opinions according to which the cryptocurrency cannot be seen as “real” money. Now, however, there is at least one court confirmation that Bitcoin meets the definition of money.

”Money commonly means a medium of exchange, method of payment, or store of value. Bitcoin is these things,” Chief Judge Beryl A. Howell wrote in the ruling.

The world’s most famous chess master Garry Kasparov has publicly voiced his support for Bitcoin as a means to defend human rights. Kasparov spoke of his views in an interview with Forbes on the 23rd of July.

Kasparov, who is currently the chairman for the Human Rights Foundation, stated he sees many benefits in Bitcoin and cryptocurrencies. According to him they give people more power over their economy and protect it from hostile interference by states, companies and other outside parties.

”The good thing about bitcoin is that you know exactly the number — the magic number of 21 million. And we understand the formula behind that. But when you look at the other side, the Fed for instance, you never know how many trillions of dollars will appear on the market tomorrow that will damage your savings,” Kasparov spoke in reference to the power of central banks to manipulate the traditional economy.

“I think the steady rise in popularity of bitcoin and other cryptocurrencies and blockchain technology as a concept is inevitable, because it’s a response to the shift of power from individuals to states or other institutions that may act on our privacy without our consent,” the chess master concludes.

Cryptocurrency enthusiast who has several years of experience about using cryptocurrencies and writing about them.
0 Comments
Inline Feedbacks
View all comments
PrevPreviousTechnical analysis 21.7.2020: Bitcoin market looks bullish
NextHow does Bitcoin behave in relation to the U.S. market?Next
Sign up