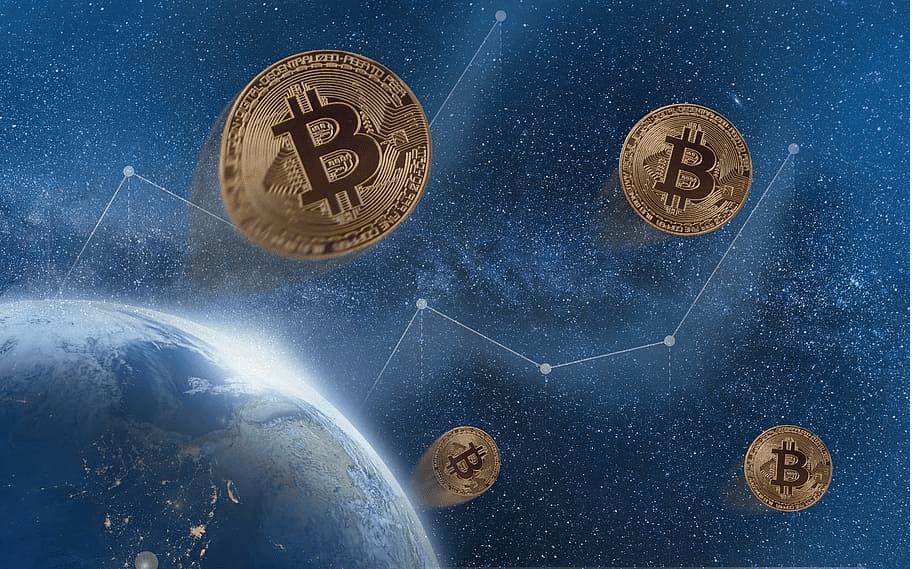 In the past week Bitcoin has seen unprecedented price records. After surpassing the magical level of $20 000 dollars, the cryptocurrency has soared as high as $23.8K in some exchanges. Analysts and experts also believe this is only the beginning and expect the bull market to continue even stronger next year.

There are several reasons behind the price rise. Earlier this year Bitcoin’s block reward halving event took place, which greatly limited the number of new coins entering the market. At the same time PayPal and other major companies have implemented cryptocurrencies into their services, while large institutional investors have understood Bitcoin’s potential and invested hundreds of millions of dollars in the asset.

To put it simply, demand is rising while supply is diminishing. The laws of economics dictate that the price can only grow in such a situation. While a quick rise may be followed by heavy corrective movements, the long-term potential seems to point upward.

This week we will naturally deal with news related to the price record, such as growing awareness, mining and Bitcoin’s ability to elevate other cryptocurencies. In other news we have Estonia’s crackdown on the crypto industry, as well as an innovative idea to use cryptocurrencies to improve education across the world.

Bitcoin’s price rise has also impacted the prices of smaller digital currencies. Most of these so called altcoins, such as XRP, litecoin and dogecoin, have seen significant gains in the wake of bitcoin’s recent rally.

Changes in the prices of smaller digital currencies tend to be bigger than in bitcoin’s case, largely due to their smaller market value and user numbers. As an example, litecoin’s price rose more than 57% in the past week alone. At the same bitcoin’s price rose 34%.

Bitcoin’s price has historically been connected to the number one cryptocurrency’s smaller companions. Bitcoin’s growing value often invokes investor interest in other digital currencies, consequently raising their prices. The same phenomenon appears to be repeating this time as well.

Bitcoin’s rise has made the cryptocurrency mining industry appear increasingly profitable. As a result the American blockchain and AI firm Core Scientific has decided to triple its mining equipment.

Core Scientific reported last Thursday that they had acquired approximately 55 000 Bitmain’s Antminer mining devices. This expands the number of the firm’s miners to over 77 000, making it one of the biggest mining centers located outside China.

Core Scientific is not the only large-scale mining company that has increased or plans to increase its mining capacity. Marathon Patent Group, a competing company, has reportedly ordered a total of 10 000 mining devices from Bitmain.

Once these miners are put to use with their full power, it seems certain that also the Bitcoin blockchain’s computing power will increase notably. This in turn improves the network’s security even further.

Bitcoin’s breathtaking rally and the consequent consumer interest toward cryptocurrencies are visible on social media. The number of Bitcoin-related messages on Twitter has reached its highest level since the middle of 2018.

According to The TIE, a company analyzing links between social media and crypto data, over 92 000 bitcoin-related tweets were sent on last Wednesday alone. Last time the peaking number of tweets resulted from a price crash, but this time the cause seems to be the price heading in the opposite direction.

While the current bull market is largely regarded as driven by institutional investors, the number of Twitter messages indicates that retail investors are far from idle and also share a growing interest for Bitcoin and cryptocurrencies.

“Institutions may be leading the charge this time around, but retail is definitely not sitting on the sidelines,” commented crypto analyst Ryan Watkins.

Roughly a third of all Estonian crypto companies have lost their operating licenses. Estonia’s Financial Intelligence Unit FIU has revoked the permits of around 70% of Estonia’s crypto companies, with the remaining ones under close scrutiny by authorities.

“We need to monitor the development of new technologies and manage the associated money laundering risks,” commented Veiko Tali, Deputy Secretary General of the Government Committee for the Prevention of Money Laundering and Terrorist Financing.

According to Estonian news outlet Postimees, roughly 400 crypto-related companies have been allowed to maintain their licenses. Last year the country reportedly had approximately 900 actors operating in the crypto  industry.

Estonia has earlier been regarded as one of the most crypto-friendly states in the European Union. The withdrawn licenses can therefore be seen as a stiff blow for the Estonian crypto industry.

Cryptocurrencies could educate the world

Brian Brooks, an American banker and one of the country’s top banking regulators, has proposed an idea to help the entire world and decrease the wealth gap between developed and developing countries.

Brooks’ idea is to create a cryptocurrency token dubbed ”country coin”. States, universities and other entities could then create courses, exams and other events through which people could earn this virtual currency.

This virtual currency would also represent a kind of trust fund bound to the rising tax revenue and GDP of countries. The more educated citizens of a nation are, the better they fare financially on average. The virtual currency would encourage citizens to develop themselves by rewarding them a share of the nation’s growing revenue.

“This is a way of increasing equity and increasing growth without raising taxes and without pitting the rich against the poor,” Brooks said.

Brooks himself regards the idea as excellent and has modestly even called it worth a Nobel prize.

Cryptocurrency enthusiast who has several years of experience about using cryptocurrencies and writing about them.
0 Comments
Inline Feedbacks
View all comments
PrevPreviousBitcoin is having a small breather; what next?
NextBitcoin celebrates Christmas with records – Weekly news 51/2020Next
Sign up