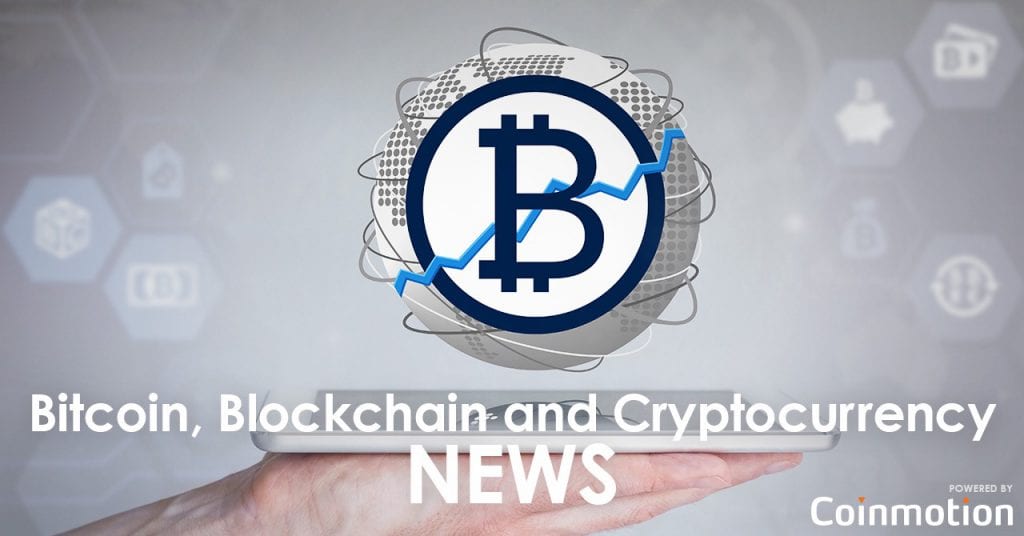 The highlight of this week is perhaps the fact that Bitcoin price has reached its record high of $1222 (Bitfinex) on Friday night. Maximum average price according to Coinmarketcap has reached $1220. Bitcoin community took a breath on Thursday night seeing that the speed of the price growth has accelerated.

As of Friday morning (February 24), market capitalization stands at $19,4 billion. Bitfinex ($41,2 million), OKCoin ($20,3 million), and Bitstamp ($18 million) are among the leaders in terms of transaction volume.

Bitcoin continues strengthening its positions and ready and is actually ready to set new heights. Slowly, but steadily, the world’s largest economies are starting to accept not only its existence, but the fact that it has a potential to disrupt the world of finance.Today it seems nothing can stop the Bitcoin price from growing, even opposition from highly influential financial institutions. Just take a look at the drama going on in China.

Clarification of the situation around regulating cryptocurrency in China, and release of a pack of regulations in Japan may largely influence the increase in price. Experts believe that much anticipated decision concerning ETF will rally Bitcoin price to all-times high, as the regulatory approval of Bitcoin ETF would make the cryptocurrency attractive to often more cautious institutional investor market. Three ETF’s that track the value of Bitcoin have been filed with the US Securities and Exchange Commision for approval. The decision is to be made on March 11, not long to wait.

D10e comes to Bucharest, McAfee is positive about the future of Bitcoin

Bitcoin blockchain scaling issues, as well as the future of cryptocurrency in general were hot topics for discussions at the d10e, the leading conference on decentralization held in Bucharest, Romania this week.

Alexandru Petrescu, Minister of Economy, Augustin Jianu, Minister of Communications and Information society, and Dean Thompson, Deputy Chief of US Embassy in Bucharest were among the key speakers at the event. They all shared their vision concluding that decentralized technologies and networks are paramount advancing further in the 21st century, and Bitcoin and other cryptocurrencies are among the greatest examples of it. John McAfee, cybersecurity and software pioneer, CEO at MGT Capital Investments Inc gave a speech about cybersecurity and decentralization, when asked what the future holds for Bitcoin, he said:

“Bitcoin cannot be hidden back in the box, it is here to stay”.

He shared his thoughts on the security of Bitcoin.

“What we have done by depending upon existing mobile devices and personal computers is the equivalent of the invention of an automobile. We quickly evolved into Ferrari, but we still had carriages at early stages. And that is where we are now. To make a cryptocurrency universally accepted, we cannot rely on existing platforms, we have to develop a new one. It doesn’t matter how secure your system is, how clever you have been in creating a hack-proof application, hack-proof cryptocurrency, you are using devices, which are highly vulnerable to all kinds of attacks and hacks, it doesn’t make any sense”.

In his opinion, cryptocurrencies have to evolve into a separate software, even hardware. It might sound horrific, as it basically means that we would maybe have to carry a separate device giving us access to our precious Bitcoins.

Transparency and blockchains, decentralization of work and sharing economies, artificial and human intelligence, investing and startup culture were among the topics discussed during the event. Around 30 presenters coming from different fields and industries spoke about various aspects of decentralization. David Orban, Managing Partner of Network Society Ventures, Richard Kastelein, CMO at Humaniq, Crystal Rose, Co-Founder at Sensay, Bruce Pon, Co-Founder at BigChainDB were also spotted at the event.

Bitfinex experiences a DDos attack but is back to normal

On Tuesday this week, one of the largest cryptocurrency exchanges Bitfinex reported that it has experienced a major DDoS attack. However, the attack was quickly dealt with and the implications of it were not that significant.

“We have taken steps to identify and block the attack. The system is returning to normal”.

All services were indeed back to normal in less than an hour after the attack began. Bitfinex has previously experienced a number of misfortunes. In mid-2015, when the platform was still in beta stage, it was completely disabled as a result of the attack. Last summer, platform has faced a large scale hack, resulting in a significant amount of Bitcoins being stolen. Bitfinex is now dominating on the market in terms of daily trading volumes and demonstrated agility clearly shows that the platform is much better prepared to repel cyber-attacks.

Speaking of criminal activities, Bitcoin might still remain a bizarre animal to many. As much as it is getting more and more recognized as an actual currency, many are still concerned about its shady reputation, mostly for its money-laundering potential, and other types of criminal activities. But it seems soon Bitcoin will get rid of this shady reputation. This week on Tuesday, Danish police has announced that it managed to monitor and trace a set of Bitcoin transactions made by drug traffickers.

According to the local reporter Berlingske, a specialized toolkit was developed by the Danish National Police Cyber Crime Center and has already attracted interest of FBI and Interpol. Convicted Danish individuals were buying large amounts of methamphetamine, ketamine and cocaine through the darknet markets. The Center does not disclose any additional information on how the system works, but they said that they are open to collaborate with agencies from other countries to advance their technology. The use of digital currency for criminal purposes has been on the Danish police agenda for a couple of years now.

“There is indeed nothing illegal in transacting with Bitcoin, however, we cannot deny the fact that it is being used for illegal purposes.”

In summer 2016, a group of researchers from the School of Criminology in Montreal has announced that they have developed a script able to group transaction by a number of criterion, including the wallet address and platform used. By that time the script could not, however, identify the end user, although showed potential in tracing details about the chain of transactions. British technology company Elliptic has been developing and testing tools for tracing suspicious Bitcoin transactions for some time as well.

The number of Bitcoin ATMs is growing, the US keeps leading position

To be widely recognized, Bitcoin should be convenient to use, right? It should be accepted by a wider number of services providers, and there should be a well-developed infrastructure making the use of Bitcoin as simple as possible, and exchanging it to other cryptocurrencies and fiat, if you wish.

Coinatmradar, a platform which is keeping track of Bitcoin ATMs around the world, has recently published results of their analysis for the year 2016 along with a prognosis for 2017. Thus, the US keeps the leading position in terms of the number of Bitcoin ATMs being installed to this day (73%).

According to Coinatmradar, there are currently 951 Bitcoin ATMs installed in 55 countries operated by 192 providers, 555 of which are installed in the US. Canada is right next to the US with 136 ATM currently in use, followed by England with 47 ATMs. Coinatmradar is expecting that the US market will keep the leading position with the potential to expand even more.

Coinatmradar keeps record of all places where one can currently buy Bitcoin, these places amount to more than 36000 and include, for example ticket offices of the Swiss railway service, and Canadian Flexepin system. How fast the network is growing, right?

In Finland our own Bittimaatti (Bitcoin ATM) network reaches currently 6 cities around the country and the machines are situated in nine different locations. Today we have launched our latest two-way Bitcoin ATM in Oulu.

It seems this week is generous on records — Bitcoin transactions queue has also reached its all-time high. As the Bitcoin price was steadily growing, the network was suffering from a transaction congestion. On February 22 more than 100,000 transactions remained unconfirmed and many users were experiencing significant delays. Many community members tried to look into the reasons behind these backlogs and the fact that they are happening with increasing frequency. There is an opinion that it might be happening because of organized spam attacks on the network or overloading it with significant amounts of low fee transactions. By the time of writing, the mempool transaction count has decreased.

Recently, the network has been operating at its maximum capacity. There has been a significant growth in the average block size, average time of confirmation and overall number of transactions. As a result transaction fees are growing as well.

“The more transaction fees are growing, the less useful the whole system becomes.”

The recent congestion has fuelled the never-ending debate concerning the block-size. Proponents of Segregated Witness and supporters of Bitcoin Unlimited are stuck in a classic argument with no solutions to be found. At least yet.

One month ago our CEO, Henry Brade, wrote an article concerning the debate explaining his view on why the SegWit soft fork is superior to any hard forks.

Alisa Tciriulnikova is an explorer curious about the future of cryptocurrencies, blockchain, and fintech. Alisa holds a MSc in Social Sciences from the University of Tampere (Finland) and is currently pursuing a PhD researching integration of PPP model into pension industry.

Alisa Tciriulnikova is Content Editor at Prasos Ltd. She is an explorer curious about the future of cryptocurrencies, blockchain, and fintech. Alisa holds a MSc in Social Sciences from the University of Tampere (Finland) and is currently pursuing a PhD researching integration of PPP model into pension industry.
0 Comments
Inline Feedbacks
View all comments
PrevPreviousAnnouncing SOFORT Payments & Volume Discounts
NextBitcoin, Blockchain and Cryptocurrency news — Week 9/2017Next
Sign up